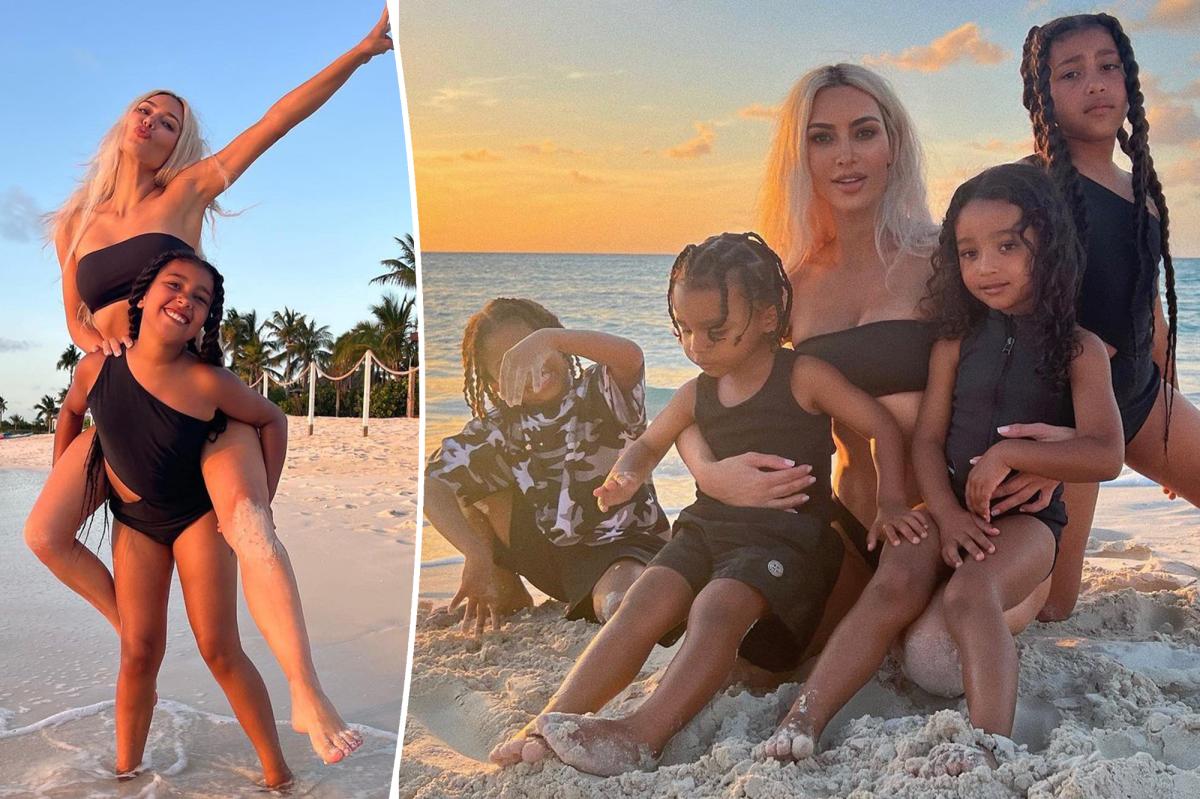 Greetings, from Turks and Kardashians!

Kim Kardashian took to Instagram on Wednesday to share a series of pics from a beach photo shoot she conducted with her kids during their Turks and Caicos vacation.

“LIFE,” she captioned the photo dump.

In one snap, Psalm and Chicago sat on their mom’s lap, while Saint stuck out his tongue as North stood close behind them.

In another, they almost got the perfect shot before Psalm decided to fight an ocean wave.

The Skims founder, 41, also included three photos that gave fans a behind-the-scenes glimpse at their shoot, which included a minor fall to the sand and North giving her mom a piggyback ride.

In the final two photos, the family – clad in matching black swimsuits – waded into the water during sunset and posed for a dreamy pic.

Naturally, Kim held up her signature peace sign pose in some of the photos.

The “Kardashians” star also shared several pics from fans via her Instagram Stories that compared the 2022 photoshoot to one from nearly three years ago.

At the time, she and her kids matched in silver metallic swimsuits while vacationing in the Bahamas.

The Kardashian family jetted off to the tropical island to celebrate Khloé Kardashian’s 39th birthday, which was dubbed “Kamp Koko.”

The three siblings have all been sharing inside looks at the luxurious vacation.

Kim and Khloé also flaunted their curves while posing for bikini shots, while their kids swam in the ocean.