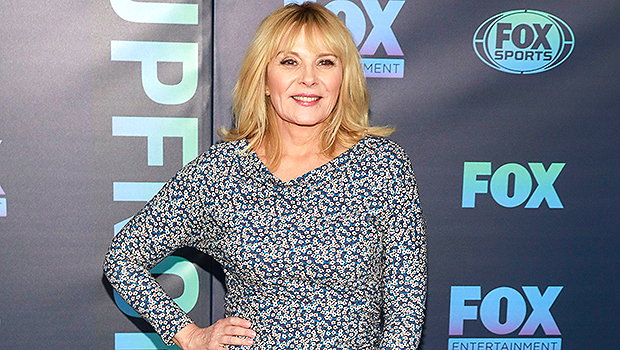 From her complicated relationship with Sarah Jessica Parkerto her absence from the Sex and the City revival series, And Just Like That, Kim Cattrall addressed it all in her “Power of Women” interview with Variety. In the story, published on May 4, the 65-year-old actress was asked if she was ever “friends” with SJP, Kristin Davisand Cynthia Nixon when they worked together on the hit HBO series. “I guess it’s how you define friends. I think we were colleagues, ”Kim explained. “My colleagues aren’t my friends. It was professional. ”

Furthermore, Kim was asked about Sarah, 57, previously saying that she would not be onboard with Kim coming back as Samantha Jones on And Just Like That. “I do not think I read it,” Kim responded, seemingly referring to SJP’s interview with Variety in February about the HBO Max revival series. Kim added of her possible return, “it would never happen anyway. So nobody has to worry about that. ”

And Just Like That features most of the SATC cast, but Kim revealed that she “was never asked” to be involved. “I made my feelings clear after the possible third movie, so I found out about it like everyone else did – on social media.” Kim also said that she has not watched any of the show – which is returning for a second season – and that the storyline “is basically the third movie. That’s how creative it is. ”

‘Sex and the City’: The Ladies’ Boyfriends & Husbands

Samantha is still involved in the And Just Like That storyline. The first episode revealed that Samantha had a falling out with the girls and moved to London, though she still texts with Carrie. “It’s odd, isn’t it?” Kim said about her character continuing without her. “I do not know how to feel about it. It’s so finite for me, so it does not continue. This feels like an echo of the past. Other than the really wonderful feeling of – it’s rare in my business – people wanting more, especially at 65. That feels powerful, that I’ve left something behind that I’m so proud of. I loved her. I loved her so, so, so much. It’s tough competition. The original show is in all of our imaginations. But for me, it feels clean. ”

Fans have assumed that Kim skipped And Just Like That because of her longstanding feud with SJP. After the show premiered on Dec. 9, Kim “liked” several tweets from fans that showed support for Samantha. A month later, she “liked” a fan’s tweet that called the show “trashy” and praised Kim for “skipping” it in favor of Hilary Duff‘s Hulu series How I Met Your Father.

With SATC long behind her, Kim has completely avoided tuning into the franchise’s future. “I certainly heard about it,” she said in regards to AJLT. “And I’ve come to the conclusion that really the greatest compliment I could have as an actor is to be missed,” she added.