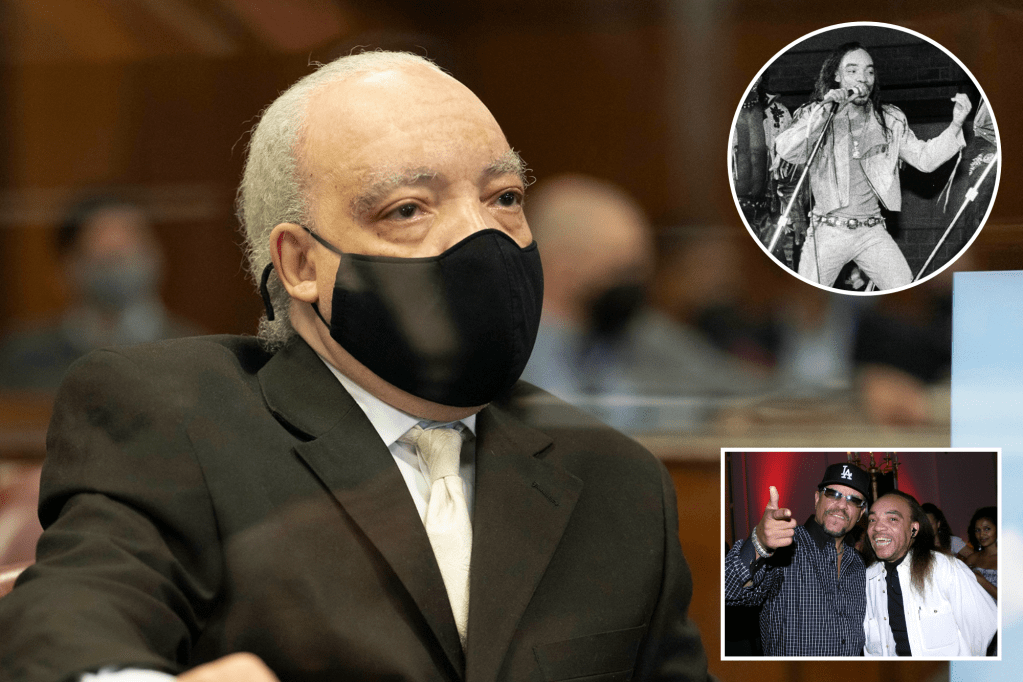 Bronx-born rapper Kidd Creole, a member of the pioneering hip-hop band Grandmaster Flash & the Furious Five – which churned out hits “Freedom” and “The Message” – completed a devastating fall from grace this week when he was convicted of manslaughter .

The 61-year-old rap legend, whose real name is Nathaniel Glover, was at the height of his career in the 1980s – his life filled with thrilling sold-out shows, a national tour and a platinum record.

In September 1982, he took the stage at Midtown’s then-popular Peppermint Lounge in front of crowds of screaming fans. His band had just released chart-topper “The Message,” a funky, poetic tune that preaches about surviving in the urban jungle.

Forty years later, he faces up to 25 years in prison when he is sentenced May 5 for the fatal stabbing of a homeless man, John Jolly, in 2017.

By the time the Rock and Roll Hall of Famer was busted for the crime, he was working as a handyman and living in a run-down rooming house in the Bronx – a far cry from his early hip-hop glory days.

The star’s tragic downfall was marked by drug addiction, minor weapons arrests and a then-budding rap industry that failed to properly compensate artists, according to reports and his former promoter.

“He was a young black youth who was taken out of the ghetto to play 15,000 to 20,000 seat arenas,” the band’s then-promoter Van Silk told The Post Thursday. “He was a pioneer – someone everybody looked up to but he did not make the type of money today’s artists do.”

Glover’s career started to take off in the 1970s when he and his little brother Melvin, aka Melle Mel joined Grandmaster Flash & the Furious Five – first playing in bars, parks and even high school gyms around the Big Apple.

Along with the DJ Grandmaster Flash, the band included Eddie “Scorpio” Morris and Guy Todd “Rahiem” Williams along with Keith “Cowboy” Wiggins.

“They’d play in hole-in-the-wall clubs and sometimes rent out school gyms with a pay of $ 15 or $ 20,” Silk said. “We did not even have a name for hip-hop then; we still called it disco rhymes. ”

The group soon moved to playing bigger clubs, signed with Sugar Hill records and released their debut single in 1979, “Superappin.”

While Grandmaster Flash and Melle Mel were the band’s biggest stars, Glover was the “more prolific” musician – with a signature “echo chamber” style, Silk said.

In 1980, the group churned out more hit songs including “Freedom,” “Birthday Party” and Flash’s influential single “The Adventures of Grandmaster Flash on the Wheels of Steel.”

Their biggest hits “The Message” and “White Lines (Don’t Do It)” came in 1982 and 1983, respectively – back when the Billboard charts did not even have a category for hip hop.

But behind the scene, some band members were struggling with cocaine addiction, according to the hip-hop news site rockthebells.com.

The band broke up in the mid-80s and by the time they reunited years later, the magic was gone, Silk said.

“[Glover] did not have a major hit… and when the group got back together, it was too late, ”he said. “Those guys came up at a time when there was no music industry for hip hop.”

Still, the band was inducted into the Rock and Roll Hall of Fame in 2007, which Glover attended while wearing a bold purple waistcoat and bow tie.

The rapper spent nearly five years behind bars while awaiting his Manhattan Supreme Court trial in the manslaughter case.

His lawyer blamed Jolly’s death on a mix of alcohol and the sedative Versed, which was given to him at the hospital because he was being combative with emergency workers, during the proceedings.

Echoing Glover’s legal defense, Silk said, “The guy did not die because of [a] stab wound; he died because of the doses of medicine they gave him. [Glover] should have been let out of jail. ”