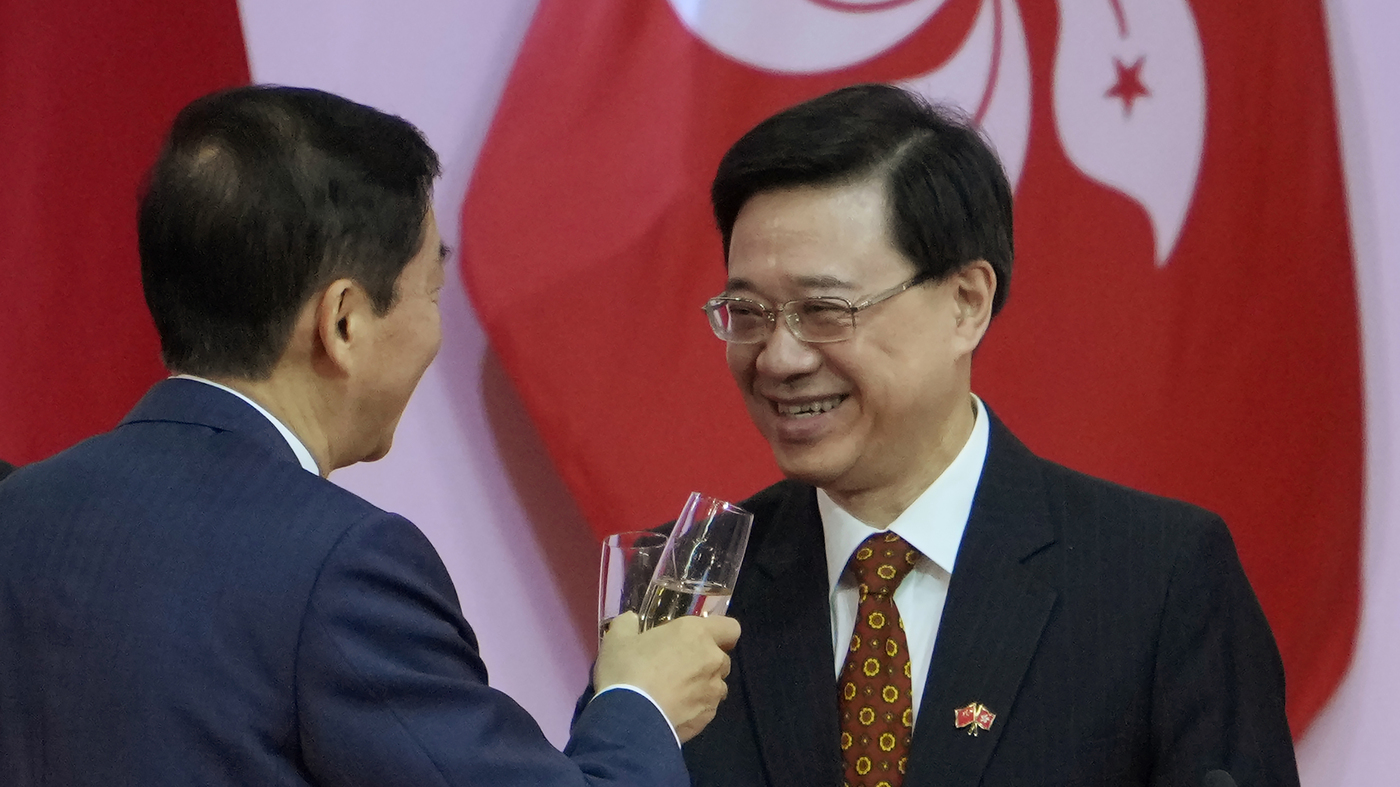 HONG KONG – Hong Kong’s No. 2 official, a staunch supporter of a Beijing-backed crackdown on pro-democracy activists, tendered his resignation on Wednesday to pave the way for his run in the city’s upcoming leadership race.

John Lee, who is the city’s chief secretary for administration, submitted his resignation to Hong Kong leader Carrie Lam, according to a government statement.

“If my resignation is approved by the Central People’s Government, I shall plan to stand for the upcoming chief executive election,” Lee said at a news conference. “Having been in government for over 40 years, to serve the people of Hong Kong is a glory.”

He said he would elaborate on his “next move” if the Chinese government approves his resignation.

Lee, who is seen as Beijing’s favorite candidate for the chief executive position, is a staunch advocate of the city’s national security law, which has been used since 2020 to target pro-democracy activists, supporters and media, diminishing freedoms promised to Hong Kong at Britain’s handover to China in 1997.

His potential leadership of Hong Kong could signal a further tightening of Beijing’s grip on the semi-autonomous Chinese city.

Lam said Monday she would not seek a second term, following a rocky five years punctuated by the COVID-19 pandemic, a crackdown on political freedoms and Beijing’s growing influence over the territory.

Local media, including the leading South China Morning Post newspaper, reported that Lee will be the sole candidate to be endorsed by the Chinese government.

Other candidates tipped by local media as likely contenders include the city’s finance minister, Paul Chan, although he has yet to express an intention to run.

Beijing’s likely endorsement of Lee’s candidacy signals that China is looking for loyalty and an emphasis on national security for Hong Kong, according to Ivan Choy, a senior lecturer at the Chinese University of Hong Kong’s Department of Government and Public Administration.

Compared to previous chief executives, Lee would have much less policy-making experience because he has spent most of his civil service career in police and overseeing security matters, Choy said.

Given that inexperience, Beijing could “play a more important role” in the city’s local and domestic affairs, he said.

The city’s next leader will be selected on May 8 by an election committee of about 1,500 people, a majority of whom are pro-Beijing.

Hong Kong’s leader is chosen every five years, although the selection process is carefully orchestrated behind the scenes by Beijing.

The four chief executives selected since Hong Kong’s handover to mainland China in 1997 have all been candidates seen as favored by Beijing.

Lee, 64, a former career police officer who rose steadily through the ranks, was named Hong Kong’s chief secretary in June and previously served as Lam’s secretary for security.

Lee drew sanctions from the US over security law

He was a key figure in proposing contentious legislation in 2019 that would have allowed suspects in Hong Kong to be extradited to mainland China. He dismissed calls from critics to write safeguards into the bill.

The proposed bill led to massive protests in the city before it was withdrawn, and Lee oversaw a police crackdown on demonstrators during several months of massive anti-government protests in 2019.

After the protests were snuffed out, Lee threw his backing behind the sweeping security law, which was used as justification for the arrests of more than 150 people. It outlaws subversion, secession, terrorism and collusion with foreign forces in the city’s affairs.

Lee, Lam and other Hong Kong and mainland Chinese government officials were sanctioned by the US in 2020 for “undermining Hong Kong’s autonomy and restricting the freedom of expression or assembly.”

Nominations for the leadership race began Sunday and continue until April 16, with the committee vote scheduled for May 8.

The leadership race is the first since Hong Kong’s electoral laws were amended last year to ensure that only “patriots” loyal to Beijing can hold office. The changes make it difficult for pro-democracy supporters to run for chief executive.

The new leader takes office on July 1, the day Hong Kong was handed over to China by the British in 1997.