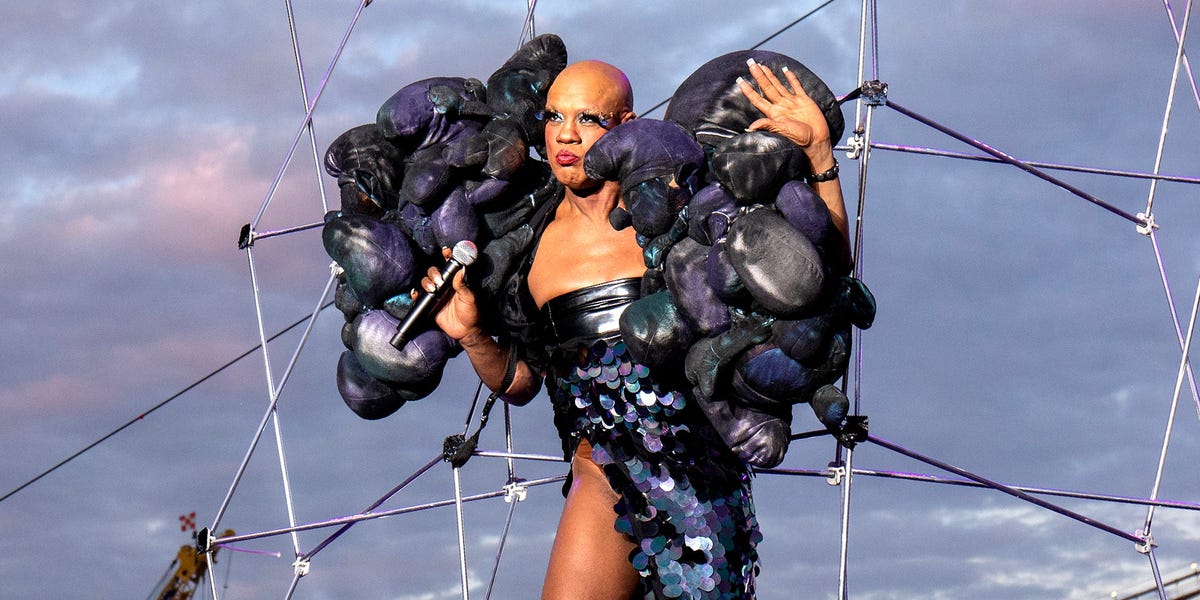 Kevin Aviance said he is grateful to Beyoncé for bringing his music to a new generation.

Aviance said he had no idea his 1996 gay dance club staple “Cunty” would be featured on “Pure/Honey,” the 15th track of Beyoncé’s album.

“It just happened, and, no, I didn’t know anything about it,” Aviance told Insider. “Someone sent me the track listing at 1 o’clock in the morning and I saw my name on it, and I couldn’t believe it.”

“It made me gag, the representation of it, the vocal performance … it’s amazing,” Aviance said of Beyoncé’s album.

‘An anthem for a generation’

Aviance, who was born Eric Snead, previously enjoyed mainstream success with three No. 1 Billboard Dance Club singles in the late 1990s and early aughts. Known for his outlandish and androgynous fashion sensibilities and his bass booming vocal vibrato, the 54-year-old Richmond, Virginia, native gained a cult following with a string of songs, including the 1997 thumper “Din Da Da,” 2003’s sexually provocative ” Give It Up” and an audacious cover of Britney Spears’ 2007 international chart-topper “Gimme More.”

Although the word used in the title has negative connotations, the Glammy Award winner said it is not meant to be used in a pejorative manner.

“The song is an anthem for a generation,” Aviance said. “I remember working at the nightclubs and everything was so phenomenal, and as I was traveling all over the world, I felt cunty. It’s not a negative word, it’s like an anointing from God. It’s like a mantra meaning ‘I feel fabulous, I feel incredible, I am the one.'”

Aviance calls Beyoncé a genius, ‘I mean, she gets it.’

Although he released a new song titled “I’m Back” last month, the “Alive” singer said he has remained active in the community over the years.

“You know ‘Cunty’ never lets me down, it’s always been, like, some sort of wonderful,” he continued. “Those five letters have brought an incredible life with it. I want to thank Beyoncé so much, it’s such an honor. I mean, she gets it.”

Aviance said he met Beyoncé and her mother Tina Knowles during the promotion run for her post-Destiny’s Child solo debut album, “Dangerously In Love” in 2003. “When she started her first tour, she performed at The Roxy. I immediately thought she was a genius. She was so beautiful.”

He didn’t know the song would be sampled

Aviance said he isn’t fazed that he didn’t know his song would be sampled until after “Renaissance” was released.

The singer Kelis made news recently for claiming that Beyoncé committed “theft” for featuring a song she sang on a “Renaissance” track without her prior knowledge.

“Some people are upset about that, but I don’t have a problem with it,” Aviance told Insider. “When you’re in a place where you share things… that’s what art is.”

“It influences people and influences space, it happens” he continued. “So people get upset about it and I get it, but it’s just not that deep. As long as you take care of the business part sooner or later.”

When asked about copyright ownership of the song in question, Aviance was quick to shut down that line of questioning.

“Renaissance,” which Spotify announced accumulated the most single day streams this year, features a treasure trove of world-renowned musicians.

“God knows what he’s doing,” Aviance said. “My mom always told me, ‘God always knows what time it is. So when you think you are not on time, it’s the right time.’