Kerala Blasters vs Bengaluru FC prediction, preview, team news, and more ahead of the 2022/23 ISL contest 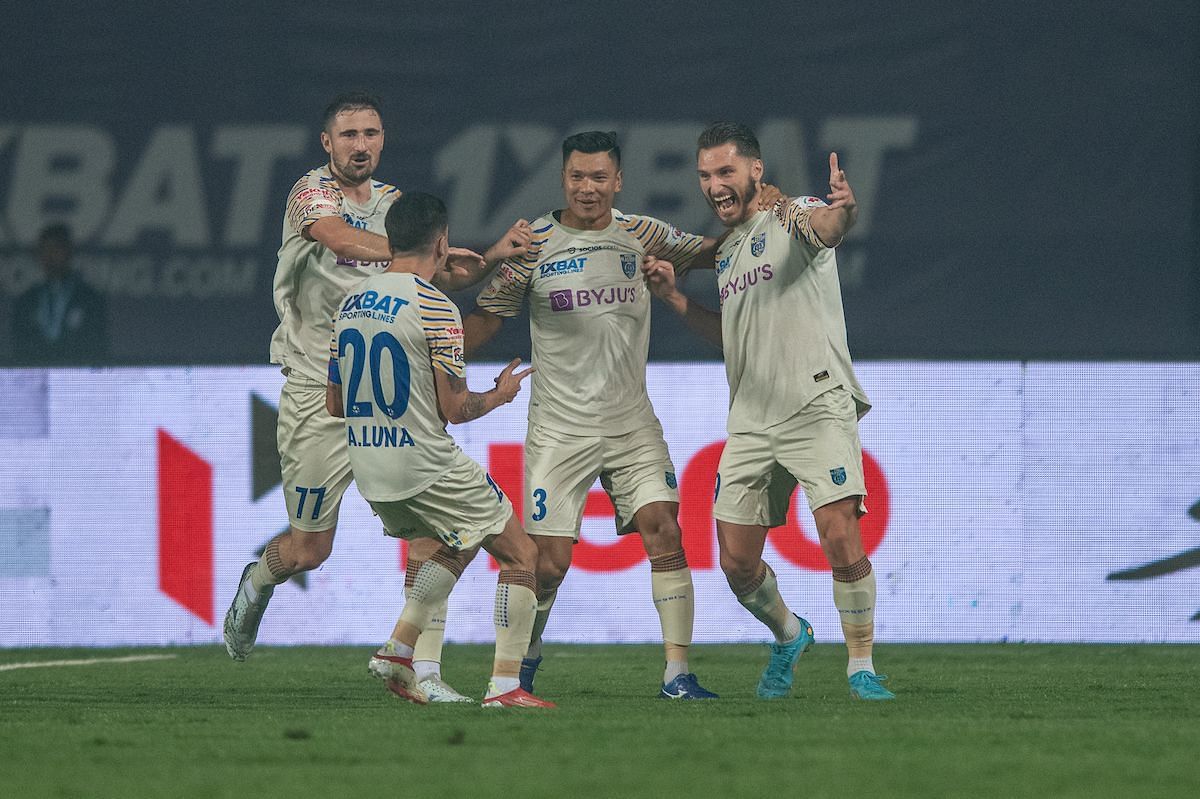 It’s time for the South Indian derby. Kerala Blasters will take on their noisy neighbors Bengaluru FC at the Jawaharlal Nehru Stadium in Kochi on Sunday, November 11 in what might prove to be an exhilarating game.

Ivan Vukomanovic’s side are not exactly high-flying, but they successfully overcame NorthEast United, FC Goa, Hyderabad FC, and Jamshedpur FC in their recent four clashes on the back of three defeats on the trot. There is no doubt that the Manjappada will be hoping to deliver against Bengaluru FC as this game means bragging rights.

Bengaluru FC, on the other hand, are on the back of a defeat. They tasted a 0-1 defeat against ATK Mohun Bagan in their previous game after beating FC Goa 2-0 a couple of weeks ago. Goals have dried up for the visitors, who have scored in only three out of eight league games this campaign.

Kerala Blasters will show more attacking intent and will be hoping to satisfy their fans with goals. It will be an interesting match-up as the Blues like to sit back and hit their opponents on the counter.

Vukomanovic’s side will have a fully fit squad for the contest. As for Bengaluru FC, Prince Ibara is definitely ruled out of the contest, while question marks remain over the availability of the new recruit Pablo Perez.

The match will take place at the Jawaharlal Nehru Stadium in Kochi. The match will be telecast on Star Sports channels, while the streaming will be available on Disney+ Hotstar.

Kerala Blasters have a clear edge over their Southern rivals due to their contrasting forms. The Manjappada should be able to cross the victory line on Sunday.

Google reveals the most searched U.S. scenic spots in 2022