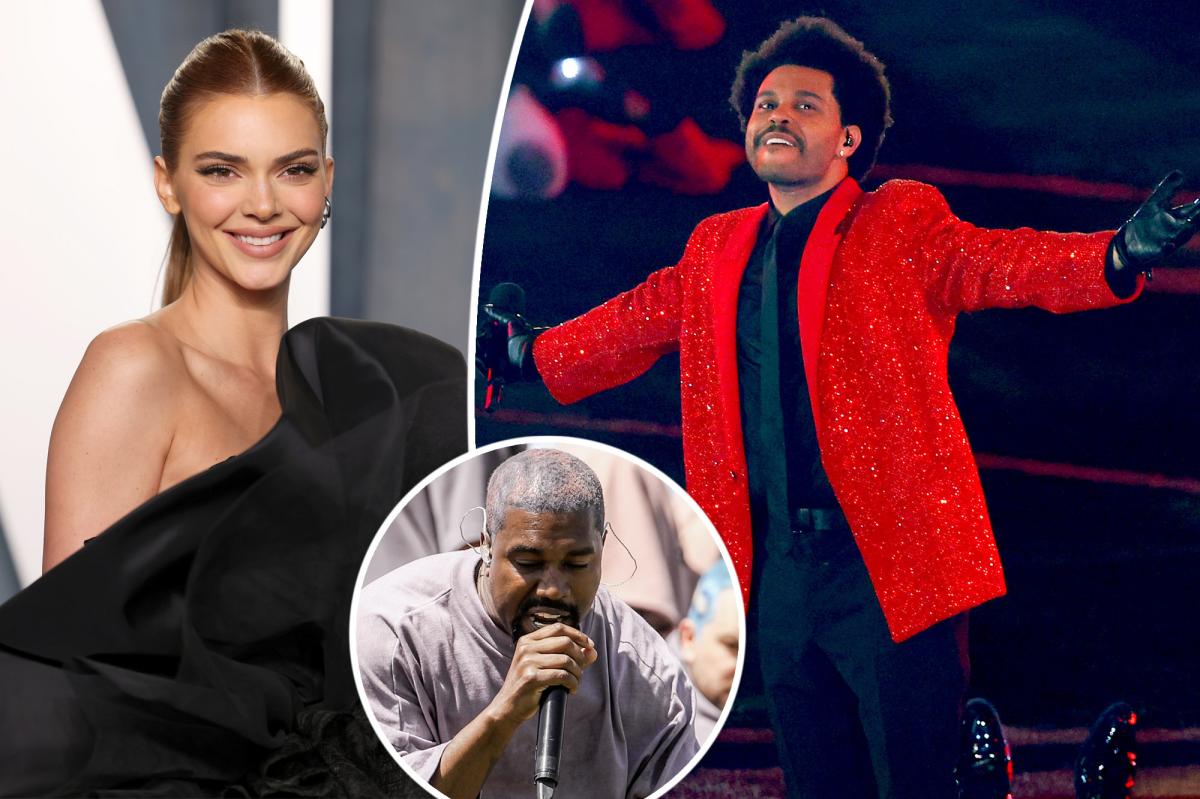 Her prayers have been answered.

Kendall Jenner subtly reacted to the news that The Weeknd is replacing her ex-brother-in-law, Kanye West, as a headliner for Coachella 2022.

Coachella organizers announced earlier in the day that The Weeknd, 32, and house music supergroup Swedish House Mafia will be taking over the rapper’s slots on Sunday, April 17, and Sunday, April 24.

Though Jenner’s reaction could indicate that she is simply a fan of the “Blinding Lights” crooner’s music, it could also be seen as a slight to West, 44, who has launched numerous public attacks on her sister Kim Kardashian, their family and Kardashian’s boyfriend , Pete Davidson, in recent months.

Earlier this week, Page Six exclusively reported that The Weeknd was looking like the front-runner to replace the “All of the Lights” rapper, who bailed on the gig less than two weeks before showtime.

“Kanye has definitely pulled out of Coachella,” an insider told us Monday. “He has not been rehearsing or putting on a production.”

Our source confirmed that Travis Scott, who shares two children with Kylie Jenner, “was supposed to be joining [West] on stage. ”

“Now it would be virtually impossible for him to get it together. Look for The Weeknd to replace him, ”our source shared, adding,“ Kanye is backing out because he wants to stay out of the public eye after all the drama with Kim and Pete; he wants to get help. ”

We broke the news that West recently told Kardashian he was “going away to get help” following his tirade of concerning behavior – some of which led to a 24-hour Instagram suspension and even having his Grammys performance axed.

Sources told us West, who shares four children with the beauty mogul, promised not to make “any public appearances or inflammatory social media statements” while he is “away” getting “better.”

A rep for the Grammy winner told Page Six, “At this time, Ye is committed to a healthy co-parenting relationship with Kim and is focused on raising their beautiful children.”

Kardashian and West were declared legally single in March amid their ongoing divorce.