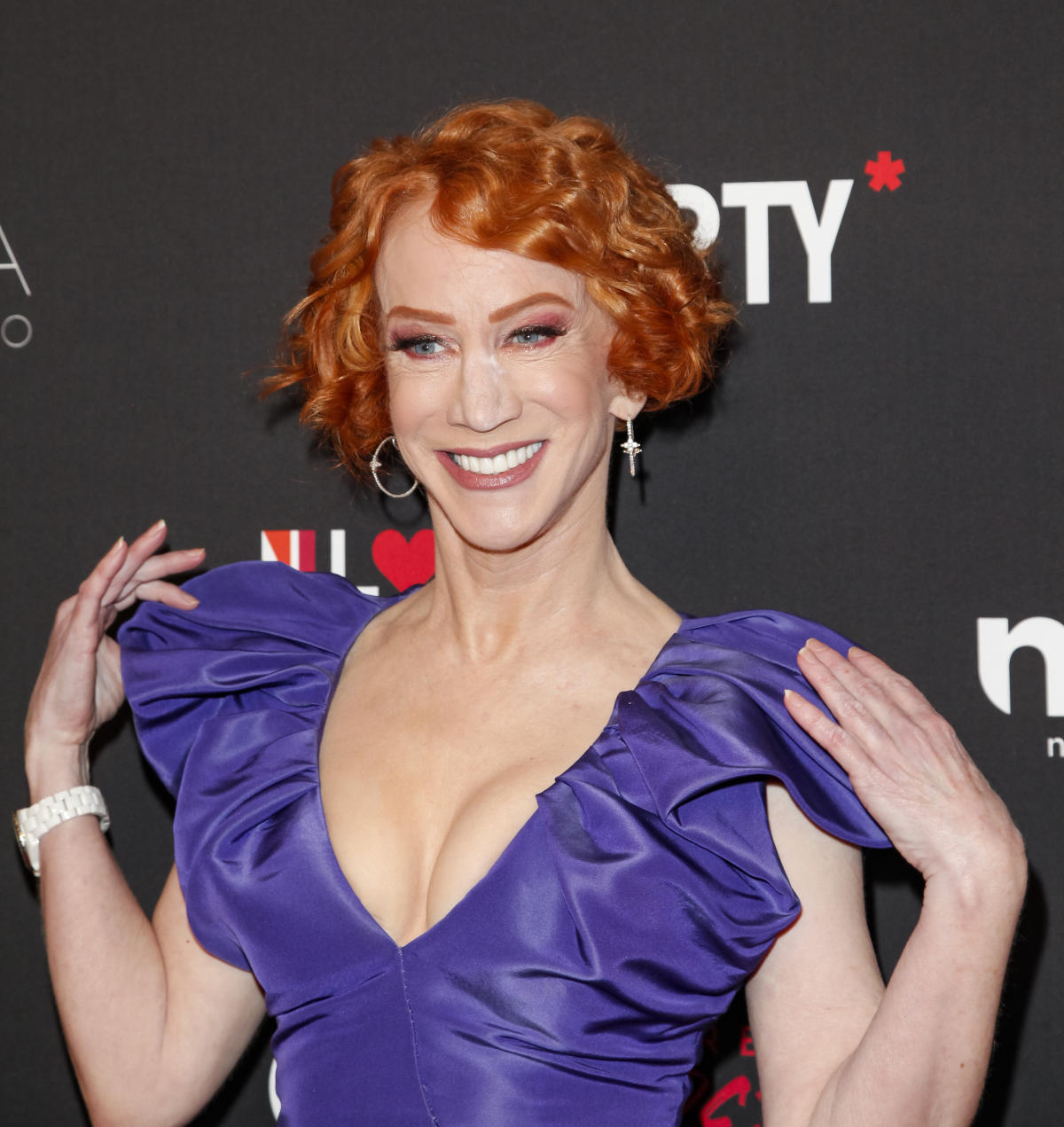 At age 61, Kathy Griffin is more choosy with her battles.

“I’m just trying to get uncanceled, make a living again, and recover from f ****** cancer,” the comedian told Interview.

That will not stop Griffin, though, from giving her unfiltered thoughts about canceling culture and the state of Hollywood. The former My Life on the D List star was asked about Joe Rogan, who’s been embroiled in controversy for spreading misinformation on his wildly popular Spotify podcast – and she has no interest in taking on the UFC commentator.

Griffin was one of the first casualties of cancel culture in 2017 for her controversial Trump photoshoot. Some of her peers followed amid the #MeToo movement, including Louis CK The entertainer exposed himself to women, many of them aspiring comics, without their consent.

“I’ve seen all their penises. That’s a very common thing for male comics of that era, to literally whip out their dicks constantly, rub them against you, make a joke about it, and try to get you to touch it,” Griffin explains. “That was just a day at the club. That’s what guys do not understand. They think of it as a joke or a ‘get over it’ moment, because it’s not rape. The part that gets me is that it killed the dreams of the young women he encountered because they chose to speak out. “

The former Louie star appears to be uncanceled as he’s performing stand-up again and just won a Grammy award. Dave Chappelle has also survived cancellation attempts as he was accused of making transphobic jokes during his controversial Netflix special last year.

“Dave’s a genius, but I can never understand the Black experience, so I can only speak about Black people in a certain way, if at all. Dave does not have the trans experience,” Griffin says. “They know he does not know them, and that’s how groups get s *** on – when somebody who does not really know what they’re about makes assumptions.”

It would not be a Kathy Griffin interview if she did not sound off on CNN. She used to co-host the network’s New Year’s Eve special alongside Anderson Cooper but was replaced by Andy Cohen after the photo scandal. The network has been embroiled in controversy as of late with Jeff Zucker’s resignation and the Chris Cuomo mess. Griffin has been enjoying the drama from the sidelines.

“I’m hopeful that the network will get better, because there’s a real bro culture over there. And when I say bro culture, as a woman, I’ve got to include men of color, gay men, white men,” Griffin says. “If they get away from the kind of leadership that Jeff Zucker used over there, then they’re only going to get better. If they just put a woman at the helm – and not a corporate woman that’s been doing what Jeff wants – which has never happened, I think that’s going to change stuff pretty quickly. “

As for Cooper, the comedian says, “I thought he was a real friend and I feel like a sucker. I guess I would say what he always says, which is, I wish him the best.”