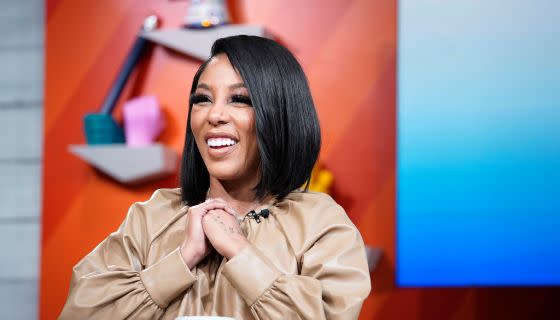 In a few short weeks, K. Michelle will re-emerge with a new single and reality show. Her Lifetime series, My killer body with K. Michelle, will premiere on February 3 at 21.00 EST. While our eyes are glued to the show, we can borrow our ears for the single from what will be her latest R&B album titled I’m the problem.

While answering questions from fans on Twitter, the former said Love & Hip Hop star said the album with has an R&B vibe inspired by the 1990s.

She added: “There’s a lot of great R&B music out there right now. The sound is just different right now. Every artist has their o[w]n take and version of R&B, and that’s what makes it so dope. I love 90s vibes. The Jagged Edge, Mary, Brandy, Usher. “

For her latest R&B project, due out in March, she said she was “will choose the songs that show my true feelings.” Since this is the last one, she wants her R&B career to “end honestly”.

Her latest R&B album will hopefully be followed up with her long-awaited country album, which is expected to include Dolly Parton, Billy Ray Cyrus and more.

Her return to reality TV will focus on her own recovery from body improvements that have gone wrong, and document the journeys of other women who have had traumatic cosmetic surgeries. In the show, the Memphis-bred singer said she has met some of the “bravest women” she has ever met.

“I felt it was unfair to only share the good and not the whole truth and the bad that comes with it,” she wrote in an Instagram post about the upcoming show. “I decided to have an open form of communication that could save someone’s life. I WISH someone had told me the truth. I have listened to the lies and assumptions about me while continuing to focus on my mission. This world is a tough place and will tear you down if you let it. I am so blessed to have met a group of individuals who are struggling to live who just want to heal and they want to share their true story to help other women and men. “