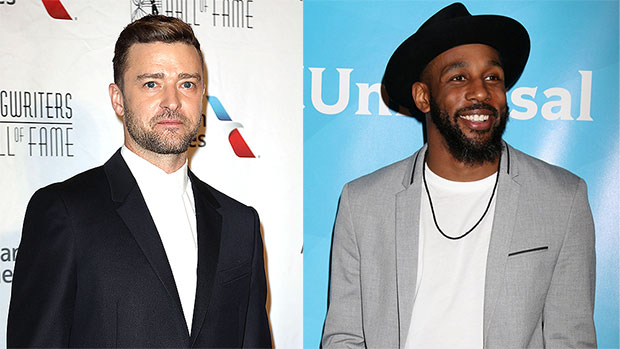 Justin Timberlake is among the stars speaking out after the death of Stephen “tWitch” Boss at the age of 40. “It’s heartbreaking to hear that someone who brought so much joy to a room, was hurting so much behind closed doors” the popstar, 41, wrote to his 62.7 million followers on Twitter. “I’ve known Twitch for over 20 years through the dance community – he always lit everything up. You just never know what someone is really going through.”

It’s heartbreaking to hear that someone who brought so much joy to a room, was hurting so much behind closed doors. I’ve known Twitch for over 20 years through the dance community – he always lit everything up. You just never know what someone is really going through.

The famed sidekick and DJ on The Ellen DeGeneres Show died by suicide on Tuesday, December 13, according to TMZ. Los Angeles Police Department Sergeant Borihana informed HollywoodLife on Wednesday that police had responded to a call for an ambulance to a Los Angeles area motel on Tuesday, December 13. “The decedent’s death was ruled a suicide and no foul play was involved,” he said. “The body was handed over to the LA County Coroner.”

The Bad Teacher star was nowhere near the only celebrity to speak out after the stunning news. Ellen DeGeneres took to Instagram on Wednesday, December 14, to mourn Stephen, who DJ’d for her beginning back in 2014. “I’m heartbroken,” she wrote alongside an emotional pic of Ellen and Stephen embracing onstage. “tWitch was pure love and light. He was my family, and I loved him with all my heart. I will miss him.  Please send your love and support to Allison and his beautiful children – Weslie, Maddox, and Zaia.”

His fellow celebrity So You Think You Can Dance judges, including Leah Remini also took to social media to share their grief. “tWitch was the guy who played and interacted with his fans in the audience during commercial breaks, and he encouraged all the contestants when the cameras weren’t rolling,” she wrote in part via Instagram. “Rest easy, tWitch; you will leave a big hole in many hearts. My heart goes out to his family, his friends, and to the many people whom he inspired.”

Britney Spears & Justin Timberlake’s Dating Timeline: From The ‘Mickey Mouse Club’ To Their Breakup & Through Today

Here are the best books that TechCrunch read this year • TechCrunch


Getting Separated Legally – What Are Your Legal Rights?