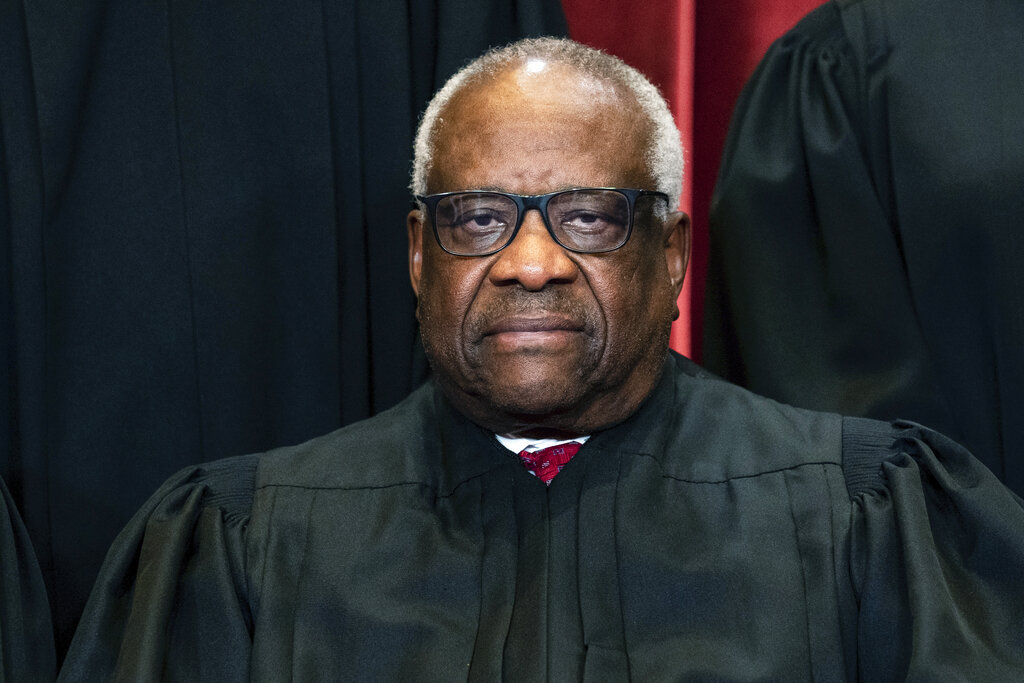 Thomas, 73, was admitted to Sibley Memorial Hospital in Washington on March 18 after experiencing “flu-like symptoms.” He was diagnosed with an infection and treated with intravenous antibiotics. A court spokesperson did not respond to a request for additional details on his health status.

Thomas faces growing ethics questions after recent reports of his wife’s aggressive effort to overturn former President Trump’s electoral defeat and participation in the Jan. 6 “Stop the Steal” rally have renewed scrutiny of the justice’s refusal to step aside from related disputes that have come before the Supreme Court.

Thomas was absent from oral arguments on Monday, Tuesday and Wednesday, with Chief Justice John Roberts announcing prior to Wednesday’s argument that “Justice Thomas is unable to be present today” but providing no further information.

Despite multiple requests from media outlets, the court provided no additional details on Thomas’s health condition this week other than to confirm he did not have COVID-19.

The court said Thomas plans to participate in consideration of the cases he missed by reviewing written briefs, as well as transcripts and audio of the oral arguments, as is customary for justices who are absent from hearings due to illness.