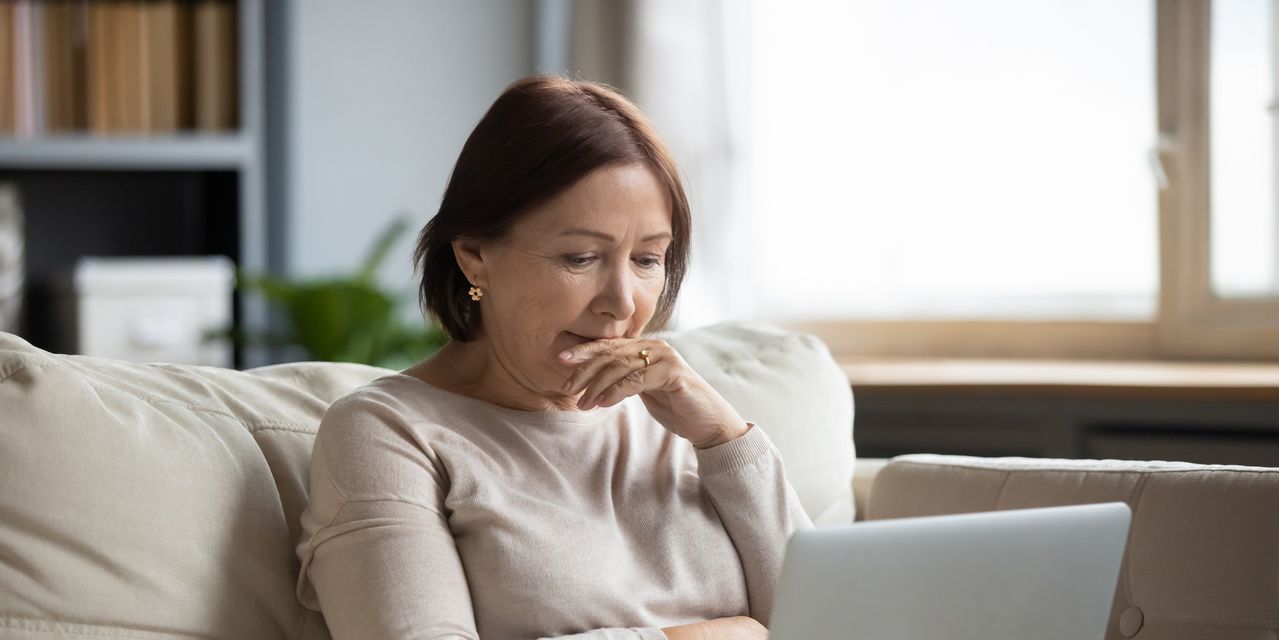 Are you sure you’re ready to retire? No, really … are you sure? Although some 73% of American workers say they’re on track for a comfortable lifestyle in retirement, a recent report from Transamerica Center for Retirement Studies found their savings numbers may actually paint a different picture.

Pros say the general rule of thumb is to replace somewhere between 60% and 80% of your pre-retirement income to sustain your current lifestyle in retirement. If we’re using that as a baseline — which is typically a different amount for everyone — the majority of households today are under-saving.

Americans are coming up short for retirement …

Workers have an estimated median retirement savings of $93,000, with baby boomers (born from 1946 to 1964) reporting a total savings of just $202,000. That amount, according to some estimates, likely won’t replace enough income.

On average, American households have an annual pre-tax income of $87,432, according to the government data*. Expand that over 30 years and you can see why some experts say as much as $1.5 million or more is needed for retirement, depending on current income levels. But according to the report, 40% of baby boomers, 48% of Generation X, 49% of Millennials and 55% of Generation Z workers say they don’t feel like they have enough income to adequately plan for retirement.

One way to combat this is developing a formal financial plan that will help eliminate uncertainty, says Anthony Colancecco, a certified financial planner at Ballentine Capital Advisors in Greenville, South Carolina. “No longer will they have to guess what they need in retirement but to have an actual plan with real dollars at stake to determine what they need in retirement and how to get there.” (Looking for a financial adviser? This tool can help you match with an adviser who can meet your needs.)

Chris Lyman, a certified financial planner at Allied Financial Advisors in Newtown, Pennsylvania, adds that while it may not be the end of the world if they’re not sure of themselves just yet, anyone feeling so tight on cash that they are unable to save for the future should take that as a sign for change. “If you are not saving enough, the best thing you can do is to get into the habit of budgeting and allocating dollars to pay non-mortgage down debt first, build up an emergency fund, and then begin to save for long term goals like retirement,” Lyman says.

And don’t push that off: “It is easy to say ‘I will get to it tomorrow’ and then that never happens,” Lyman says.

One factor compounding Americans’ saving woes in nearly all age groups is debt, the report found. With workers reporting an average $5,221 in credit card debt in the last year, it’s easy to see why as many as 49% say their debt is interfering with their ability to save for retirement.

Lyman says one way to combat these worries is by putting together a budget and cutting back on discretionary expenses. “Making a list for the grocery store and sticking to it, meal prep to avoid those impromptu door dash dinners, and review all of your subscriptions to see what you do not use and can cancel,” Lyman explains.

Diversification is one of the most critical components of retirement planning. But with fewer than four in 10 workers claiming to have an understanding of its most basic principles, there may be some cause for concern, Lyman says. “Your asset allocation is the second most important factor in determining your wealth level in life, the first being the propensity, or capability, to actually save,” Lyman says.

One possible fix, adds Colancecco, is to close the education gap and work with a financial professional. While it can be difficult to make objective decisions about your own money, especially if you are emotionally attached to certain investments or have a specific financial goal in mind, “a financial adviser can provide objective advice and help you see the big picture when it comes to saving and investing,” he said, adding that aside from getting access to their knowledge, financial advisers often have access to a wider range of investment options than individual investors, including some investments that may not be available to the general public. “By working with a financial advisor, you may invest in these options and potentially achieve higher returns.”

OK, so you’re ready to start saving but you just haven’t gotten around to it yet? Well, you’re not alone, the Transamerica report found. Nearly four in 10 workers say they plan to wait until they’re closer to their actual retirement date to start thinking about retirement planning, which may pose some obvious problems, Lyman said.

“If you are not saving enough, the best thing you can do is to get into the habit of budgeting and allocating dollars to pay non-mortgage down debt first, build up an emergency fund, and then begin to save for long term goals like retirement. It sounds boring and old-fashioned but just like getting healthy the formula is simple but hard to implement because it requires discipline to enforce a lifestyle change,” Lyman says.

He adds, “starting small can help build momentum toward this seemingly insurmountable goal. Just start putting an extra $20, $50, $100-per-month, whatever the number is, toward the goals of paying down debt and building up assets. This can create a snowball effect where you continually are able to save more and more and build up momentum.”

* BLS data includes both individuals and consumer units (CUs), or people who are related by blood, marriage, or adoption, and those living with others but are financially independent. CUs also include individuals living together and who make joint financial decisions.

The advice, recommendations or rankings expressed in this article are those of MarketWatch Picks, and have not been reviewed or endorsed by our commercial partners.