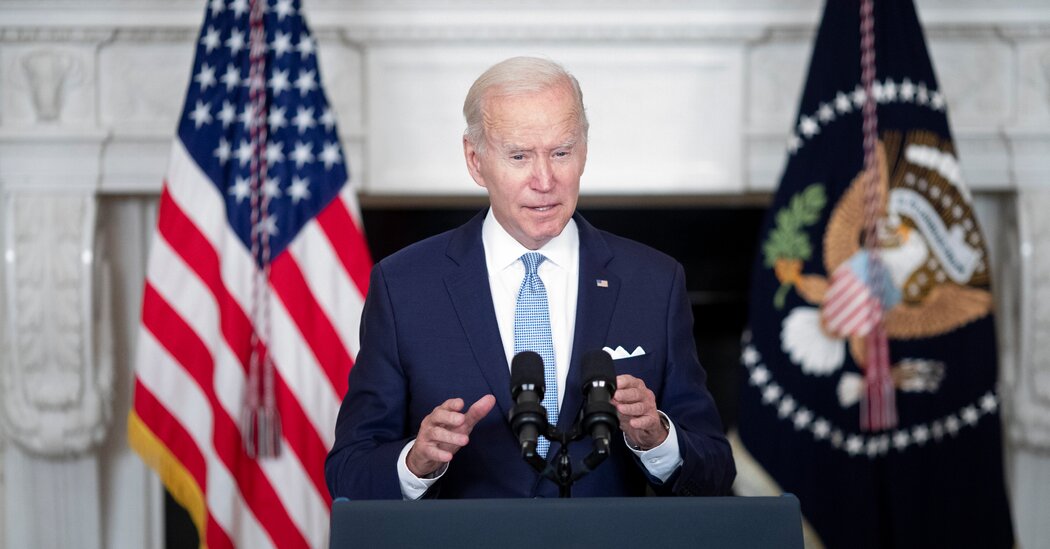 The strong jobs report was welcome news for President Biden, who has insisted in recent weeks that the United States is not in recession, even though it has suffered two consecutive quarters of economic contraction.

But the report also defied even the president’s own optimistic expectations about the state of the labor market — and appeared to contradict the administration’s theory of where the economy is headed.

Mr. Biden celebrated the report on Friday morning. “Today, the unemployment rate matches the lowest it’s been in more than 50 years: 3.5 percent,” he said in a statement. “More people are working than at any point in American history.”

He added: “There’s more work to do, but today’s jobs report shows we are making significant progress for working families.”

The president has said for months that he expects job creation to slow soon, along with wage and price growth, as the economy transitions to a more stable state of slower growth and lower inflation.

“If average monthly job creation shifts in the next year from current levels of 500,000 to something closer to 150,000,” Mr. Biden wrote in an opinion piece for The Wall Street Journal in May, “it will be a sign that we are successfully moving into the next phase of recovery — as this kind of job growth is consistent with a low unemployment rate and a healthy economy. “

White House officials prepared reporters this week for the possibility that job growth was cooling, in line with Mr. Biden’s expectations. The expectations-busting job creation number appeared to surprise them, again.

But Mr. Biden will almost certainly cite the numbers as evidence that the economy is nowhere near recession. He and his aides have repeatedly said in recent weeks that the current pace of job creation is out of step with the job numbers in previous recessions, and proof that a contraction in gross domestic product does not mean the country is mired in a downturn.