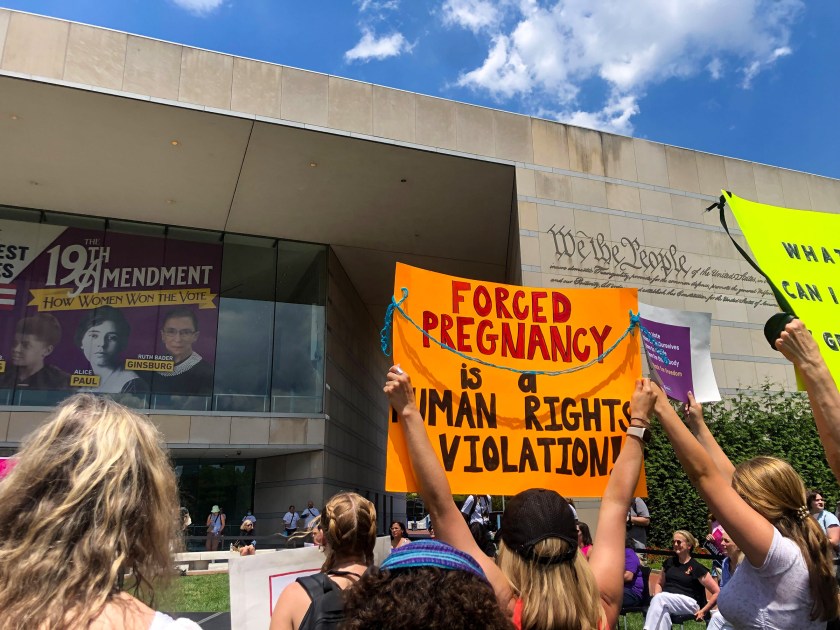 After the Supreme Court overturned Roe. v. Wade, many plan to demonstrate on the nation’s birthday.

Independence Day in Philadelphia this year brings more than the standard celebrations of the nation’s birthday, as people galvanized by the Supreme Court’s recent decision limiting reproductive rights hold demonstrations and protests.

At least two rallies are planned for the area outside Independence Hall, where 246 years ago a group of rebellious white men proclaimed the United States into existence.

Both events connect the Dobbs v. Jackson decision – which removed longstanding constitutional protections for abortion and will have ripple effects on anyone who can get pregnant or relies on medicines that could be used as abortifacients – with the fight for women’s equality, independence, and personal liberty.

If you’re thinking of adding this to your Fourth of July itinerary and wondering which one to hit up, know that the first is more official, while the second is more radical.

Mayor Jim Kenney is expected to speak at this rally, where the overarching message will be that people upset with the decision overturning Roe v. Wade should take their anger to the polls.

Other confirmed speakers, according to the event website, include the presidents of the local and state chapters of the National Organization for Women, the president of NARAL, women labor leaders, AFSCME retirees, and representatives from Civic Saturday, which bills itself as “a civic analogue to a faith gathering. ”

A nationwide coalition of activists has been agitating for months with weekly walkouts and event disruptions to draw attention to the likelihood that this Supreme Court would overturn Roe v. Wade.

Now that it’s happened, organizers in cities and towns across the country have orchestrated what they’re calling “July Farce” demonstrations, including the one in Philly. The message of this event is that the federal government should “restore legal abortion now.” Since the Dobbs decision, according to the Washington Post: