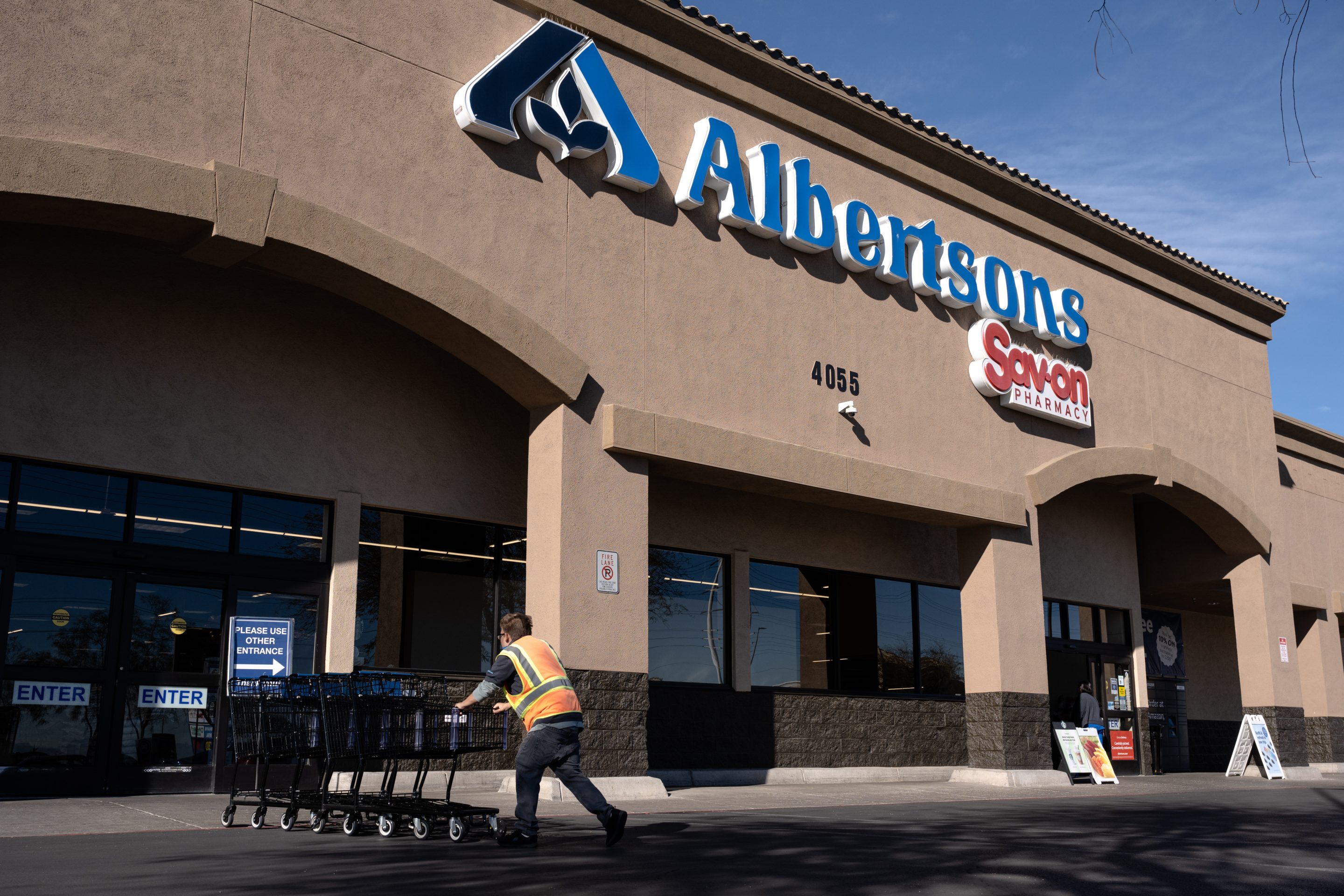 Albertsons Cos. was ordered by a Seattle-area judge to keep its $4 billion special dividend on hold until Dec. 19 while Washington’s attorney general asks the state supreme court to halt the payment during a regulatory review of the grocery chain’s pending merger with Kroger Co.

The last-ditch appeal to block the dividend in Washington comes as other states are pursuing a parallel effort in federal court in Washington, DC.

Since early November, court orders have held up the plan by Albertsons to reward shareholders including Cerberus Capital Management before the $24.6 billion tie-up with Kroger closes. The US Federal Trade Commission asked Kroger this week for more information on the transaction, signaling an in-depth antitrust review for a deal that isn’t expected to be completed until 2024 – if it closes at all.

The Seattle-area judge ruled Friday during a hearing that there was no legal justification to block the payment, but Washington Attorney General Bob Ferguson immediately filed an appeal with the state’s highest court.

Albertsons has argued it should be allowed to go ahead with the special dividend because it had already been planning to disburse at least $4 billion in cash to shareholders before it began merger talks with Kroger.

Still, the grocery chains disclosed the payout “as part of the transaction” when they announced their agreement Oct. 14, and Washington state officials said the dividend would hurt consumers by depleting the company’s reserves and should be blocked until the deal was completed.

King County Superior Court Judge Ken Schubert said the state had failed to show that the dividend involved an agreement between Albertsons and Kroger which would violate federal antitrust laws.

He said Albertsons decided to issue the dividend on its own and that Kroger’s only input was to insist that the dividend didn’t exceed $4 billion, which it feared would weaken the financial condition of the company it was buying. “Frankly, Kroger didn’t care if there was a special dividend one way or the other,” the judge said.

Ted Hassi, a lawyer for Albertsons, told the judge that delaying the dividend would make it difficult for the company to get the money out to shareholders before Jan. 1, the start of a new tax year.

Kroger said it was pleased with the court’s decision and reiterated that it was committed to working with regulators to get the deal done. The tie-up will “provide compelling benefits to customers, associates and communities,” Kroger said in a statement.

Albertsons continues to believe the claim by the Washington attorney general “is meritless and provides no legal basis for preventing the payment of a dividend that has been duly and unanimously approved by Albertsons Cos.’ fully informed Board of Directors,” the company said in a statement.

Several other states also have argued the payments would weaken the company’s ability to compete if its takeover by Kroger is blocked.

A federal judge in the nation’s capital on Nov. 8 denied an initial request by California, Illinois and the District of Columbia to temporarily block the dividend. But the attorneys general from those states are now asking US District Judge Carl Nichols to issue a preliminary injunction — exactly what the Seattle judge rejected.

The AGs told Nichols in a Saturday court filing that “new evidence” and “new arguments” support their position that if the dividend is paid out now, it “will likely render Albertsons unable to compete as strongly as it can today, in violation of federal and state antitrust laws.”

Albertsons has said it would pay for the dividend by using $2.5 billion in cash on hand, with the rest of the money coming from loans. The payment to investors was originally scheduled for Nov. 7 but it was temporarily halted by a Seattle judge.

Cerberus initially bought into the grocer in 2006 and currently owns a stake of about 28%.

Kroger and Albertsons are the two biggest traditional supermarket chains in the US, with significant overlap in major markets in states such as California, Washington, Colorado, Texas and Illinois.

At the same time, the companies face tough competition from mass-market retailers and warehouse clubs that sell food as well as general merchandise. Kroger ranks second in market share for groceries after Walmart Inc., according to Numerator, a market researcher. Albertsons is fourth after Costco Wholesale Corp.

The US Senate Judiciary Committee’s antitrust panel held a hearing on the Kroger-Albertsons deal Nov. 29 at which multiple senators questioned whether the combination should be allowed to close.

While senators don’t have the ability to derail the merger, their opposition adds to the controversy swirling around the deal, which also faces resistance from consumer groups and a labor union representing employees of both grocers.

Everything Everywhere director tells fans to not be “toxic”