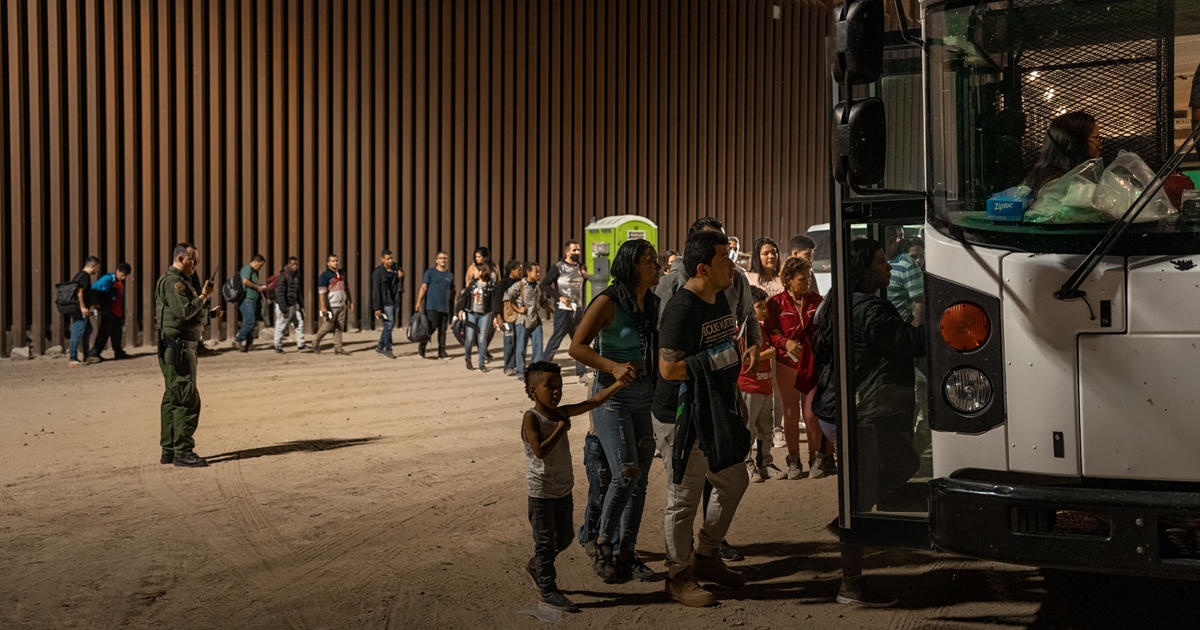 Washington — A federal judge in Texas on Thursday suspended the Biden administration’s termination of a Trump-era program that required certain migrants to await their asylum hearings in Mexico, though the concrete impact of the ruling on U.S. border policy was not immediately clear.

U.S. District Judge Matthew Kacsmaryk paused an October 2021 memo by Homeland Security Secretary Alejandro Mayorkas that terminated the so-called “Remain in Mexico” policy, which was first implemented by the Trump administration in early 2019 to deter migration to the U.S. southern border.

In a similar ruling last year, Kacsmaryk ordered the Biden administration to reinstate the Remain in Mexico program, prompting border officials to revive the policy on a limited scale for eight months before the Supreme Court cleared the way for the Department of Homeland Security to terminate the rule this summer.

In his 35-page ruling on Thursday, Kacsmaryk, who was appointed by former President Donald Trump, argued that Republican officials in Texas and Missouri were likely to succeed in their arguments that Mayorkas’ memo was “arbitrary and capricious,” and contrary to federal administrative law, because he did not properly consider certain issues.

Among those issues, Kacsmaryk said, were the “key benefits” of the border policy, which the Trump administration called the “Migrant Protection Protocols,” or MPP. One of those benefits, Kacsmaryk argued, was the protocols’ role in deterring migrants with weak asylum claims from crossing the U.S. border unlawfully.

Kacsmaryk said the Biden administration also failed to sufficiently consider how the rescission of the policy would impose financial burdens on Texas and Missouri, which have argued that the program’s termination led to increased numbers of migrants using their states’ social services.

While Kacsmaryk suspended Mayorkas memo and the “corresponding decision to terminate MPP,” the immediate, practical implications of the order were not clear on Thursday, as any U.S. effort to return migrants to Mexico under a formal policy has to be greenlit by the Mexican government.

Moreover, in its ruling in June, the Supreme Court stated that federal law did not require the government to return migrants to Mexico, saying it was an optional legal authority that officials could invoke. The high court also concluded that requiring the government to implement a policy that depended on Mexico’s approval interfered with the president’s broad powers to conduct foreign affairs.

Still, Kacsmaryk’s ruling creates a new legal wrench in a year-long court battle over the controversial program, which Republican lawmakers have hailed as an effective tool to stem illegal migration, and Democrats have denounced as a draconian policy that tramples on the rights of asylum-seekers.

A Biden administration official said Mayorkas “was well within his authority to terminate” the MPP policy.

“We disagree with this decision and are determining next steps,” the official added.

As part of a broader border crackdown, the Trump administration used the MPP policy to return 70,000 migrants to Mexico, many of whom ended up in squalid encampments. Human rights workers recorded hundreds of reported attacks against migrants forced to wait in Mexico, including in regions the U.S. State Department warns Americans not to visit, because of violent crime and rampant kidnappings.

The Trump administration said MPP dissuaded migrants looking for better economic opportunities from using the asylum system to stay and work in the U.S. indefinitely. But President Biden called the policy inhumane and his administration suspended it on his first day in office in January 2021.

In June 2021, Mayorkas formally terminated the MPP protocols, saying the program was ineffective and led some migrants to abandon their asylum claims because of “the lack of stable access to housing, income, and safety” in Mexico. But two months later, Kacsmaryk found Mayorkas’ termination memo to be legally deficient.

Kacsmaryk required the Biden administration to implement the Remain in Mexico protocols “in good faith” until it terminated them properly, and until the government set up enough holding facilities to detain all migrants subject to the 1996 detention law, which no administration has been able to achieve.

In response, Mayorkas issued a more comprehensive memo in October 2021 to try to end the MPP policy a second time. But Kacsmaryk’s ruling was later upheld by the 5th Circuit Court of Appeals, which refused to consider Mayorkas’ second termination memo.

The legal setbacks forced the Biden administration to resurrect Remain in Mexico in December 2021, though it overhauled the program, requiring officials to ask migrants whether they feared persecution in Mexico before sending them there, offering enrollees coronavirus vaccines, and exempting some groups from the policy, including asylum-seekers with acute medical conditions, the elderly and members of the LGBT community.

Between December 2021 and this August, border officials enrolled roughly 12,000 migrants in the MPP program, a small fraction of the hundreds of thousands of migrants who entered U.S. border custody during that time span, government figures show.

After the Supreme Court’s June ruling took effect, the Biden administration terminated the MPP protocols on Aug. 8 and pledged to process and admit migrants who had been returned to Mexico under the program.

Thursday’s ruling comes as the Biden administration faces another legal fight over the end of a different Trump-era border policy: a pandemic-related measure known as Title 42 that has allowed U.S. immigration authorities to turn away migrants, without giving them a chance to seek asylum. It has been in effect since early 2020.

The Biden administration has used Title 42 on a much larger scale than the Remain-in-Mexico policy, expelling hundreds of thousands of migrants to Mexico or their home country under the pandemic restriction amid record levels of migration along the southern border.

Title 42 is supposed to end on Dec. 21 because of a court ruling that found the measure to be unlawful, but Republican-led states are asking an appeals court to delay the termination, arguing that it will fuel an even greater increase in illegal border crossings.

Camilo Montoya-Galvez is the immigration reporter at CBS News. Based in Washington, he covers immigration policy and politics.