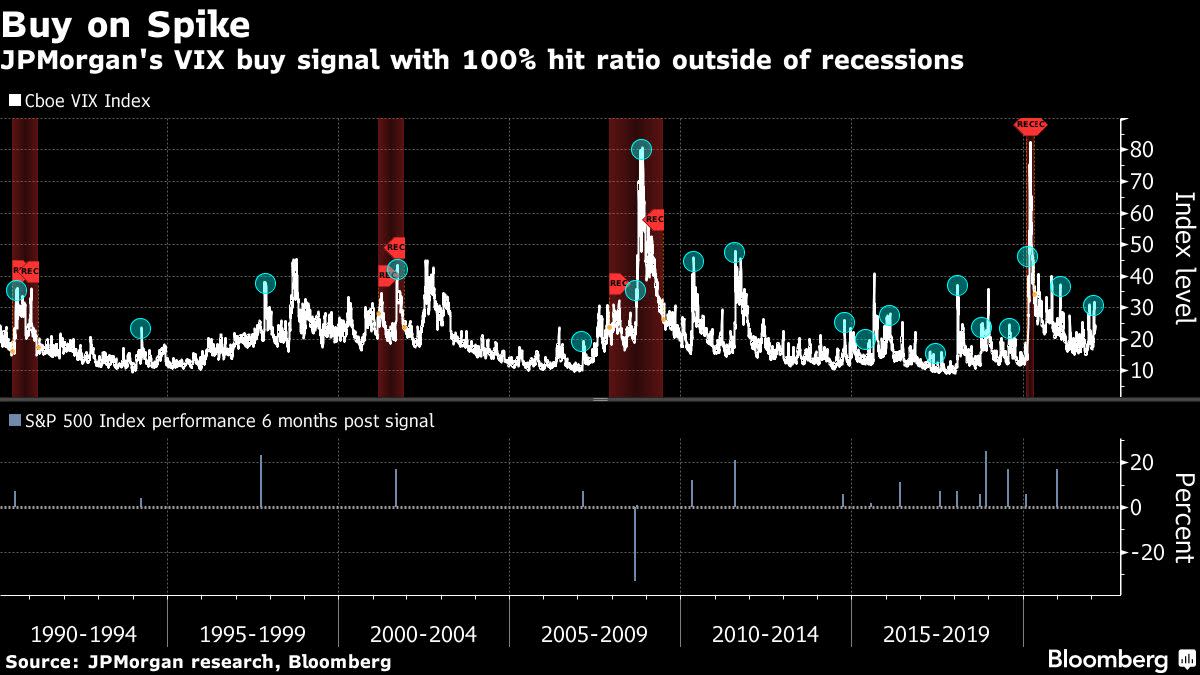 (Bloomberg) – JPMorgan Chase & Co. strategists have identified what they say is a near bulletproof indicator to strengthen their argument that stock markets are poised to rally.

The buy signal is triggered when the Cboe Volatility Index (VIX) rises by more than 50% of its 1-month moving average, which it last did Jan. 25, according to the strategists led by Mislav Matejka. The indicator has proven 100% accurate outside of recessions over the last three decades.

“We believe that equities still offer upside, and that the cycle is far from over,” the London-based strategists wrote in a Feb. 7 note. In addition to the VIX signal they look for more gains in earnings, a bottoming in Chinese activity and say investor sentiment has become too negative of late.

Data show the VIX signal has been triggered 21 times since 1990, with the S&P 500 Index gaining an average 9% in the six months afterwards. Prior to January, the last time the indicator flashed was in November, since when stocks have fallen globally. Markets have remained choppy this week.

The only time a false signal was produced was during the 2008 Global Financial Crisis as the S&P Index was still down 33% six months later.