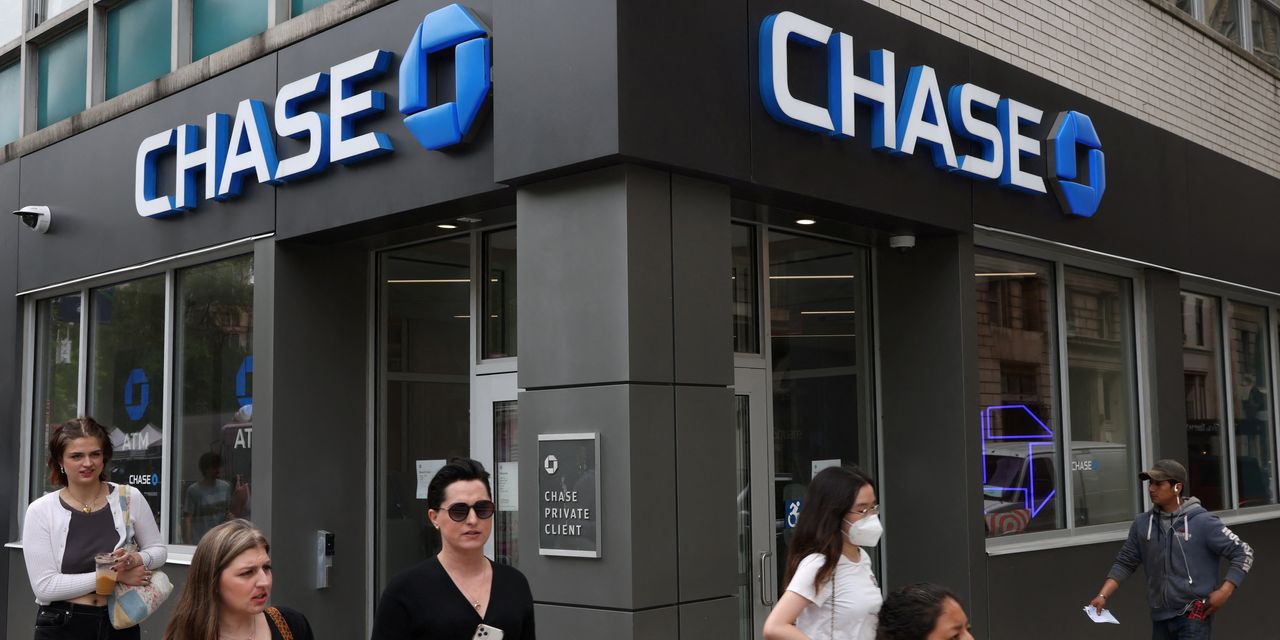 Recession fears have markets in a panic, but the leaders of America’s biggest bank said US consumers appear to be in good financial health.

Chase & Co. expects credit losses to remain abnormally low through much of 2023, because customers have not yet drained cash balances that grew fatter during the pandemic, executives said at the bank’s investor day on Monday.

Chief Executive Jamie Dimon said a recession isn’t out of the cards. The economy remains strong due to the actions Congress and the Federal Reserve took early on in the pandemic to prop it up, he said, and that is making it harder to see what’s ahead.

“It’s a different strong economy,” Mr. Dimon said. “If we go into a recession, it may be different from other recessions.”

So far, though, JPMorgan executives said they have seen no signs of looming trouble in early loan-delinquency numbers. And while the economic forecast has worsened, they are not expecting to add significantly to their loan-loss reserves in the current quarter after surprising markets by setting aside more money to cover potential losses earlier this year.

Executives cautioned that lower-income consumers, who make up a smaller slice of its customer base, are starting to feel the effects of red-hot inflation. Indeed, more consumers with low credit scores are falling behind on payments for car loans, personal loans and credit cards. Delinquencies on subprime car loans and leases hit an all-time high in February, according to credit-reporting firm Equifax Inc.

While JPMorgan’s consumer business remains in good shape, the outlook is cloudier for its Wall Street operations.

Daniel Pinto, JPMorgan’s president and the head of its corporate and investment bank, said fees from investment banking are trending down 45% for the second quarter from a record stretch a year earlier due to a decline in corporate deal making and stock offerings. Rocky markets, though, have been good for the bank: Trading revenues are likely to rise 15% to 20% in the quarter.

Write to David Benoit at David.Benoit@wsj.com