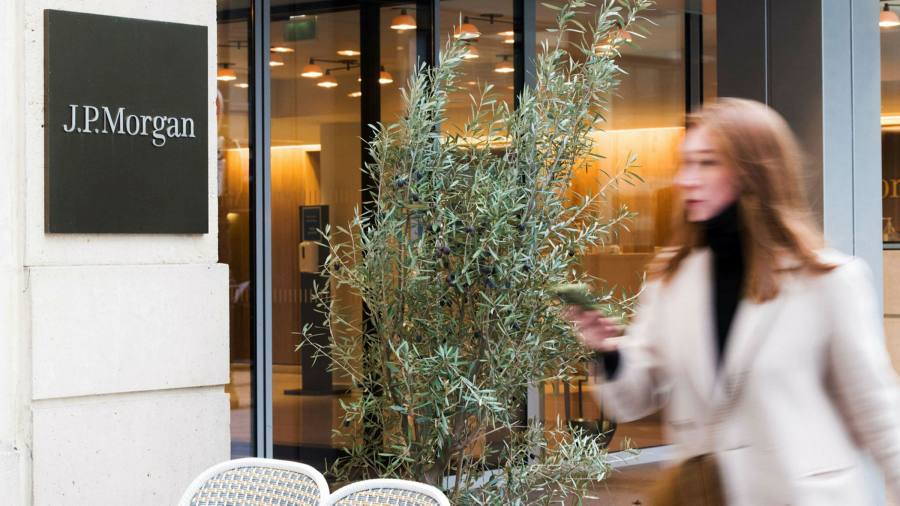 JPMorgan Chase profits were dragged down in the first quarter by slowing dealmaking, a rise in loan-loss reserves and a $ 524mn loss suffered amid market turbulence unleashed by the war in Ukraine.

The largest US bank by assets kicked off bank earnings season on Wednesday by reporting $ 8.28bn in net income for the first three months of 2022, down 42 per cent compared to the same period last year.

The result fell short of analysts’ estimates for net income of $ 8.54bn, according to consensus data compiled by Bloomberg.

“We remain optimistic on the economy, at least for the short term – consumer and business balance sheets as well as consumer spending remain at healthy levels – but see significant geopolitical and economic challenges ahead due to high inflation, supply chain issues and the war in Ukraine, ”Jamie Dimon, JPMorgan’s chief executive, said in a statement.

JPMorgan’s investment banking revenue was down 31 per cent year on year in the first quarter, at $ 2.05bn, compared with analysts’ estimates for $ 2.2bn, as global dealmaking fell to its lowest level since the start of the coronavirus pandemic.

The bank’s profit was hit by a net credit reserve build of $ 902mn, whereas in the same quarter last year it released $ 5.2bn of reserves it had previously set aside.

JPMorgan also suffered a $ 524mn loss at its trading division, which the bank said was “driven by funding spread widening” and “credit valuation adjustments relating to both increases in commodities exposures and markdowns of derivatives receivables from Russia-associated counterparties”.

In the first quarter, JPMorgan was among the counterparties in a disastrous short trade by Chinese metals group Tsingshan which plunged the nickel market into turmoil.

Despite a cautious outlook, the bank said its board of directors had authorized a new $ 30bn share buyback program starting on May 1.

Revenues in JPMorgan’s trading division, which has benefited from heavy trading during the recent market volatility, were only down 3 per cent at $ 8.75bn. This is still above pre-pandemic levels and ahead of analysts’ forecasts of $ 7.4bn.

Fixed income, currencies and commodities trading revenues of $ 5.7bn also beat estimates of $ 4.6bn, according to David Konrad, an analyst at Keefe, Bruyette & Woods, who put the result down to stronger currency and emerging market revenues.

JPMorgan reported adjusted revenues of $ 31.6bn for the quarter, down from $ 33.1bn a year earlier and slightly ahead of forecasts for $ 31.4bn.

The bank delivered a return on tangible common equity, a key measure of profitability, of 16 per cent, below its medium target of 17 per cent.

JPMorgan’s shares were down about 1.7 percent in pre-market trading in New York on Wednesday.