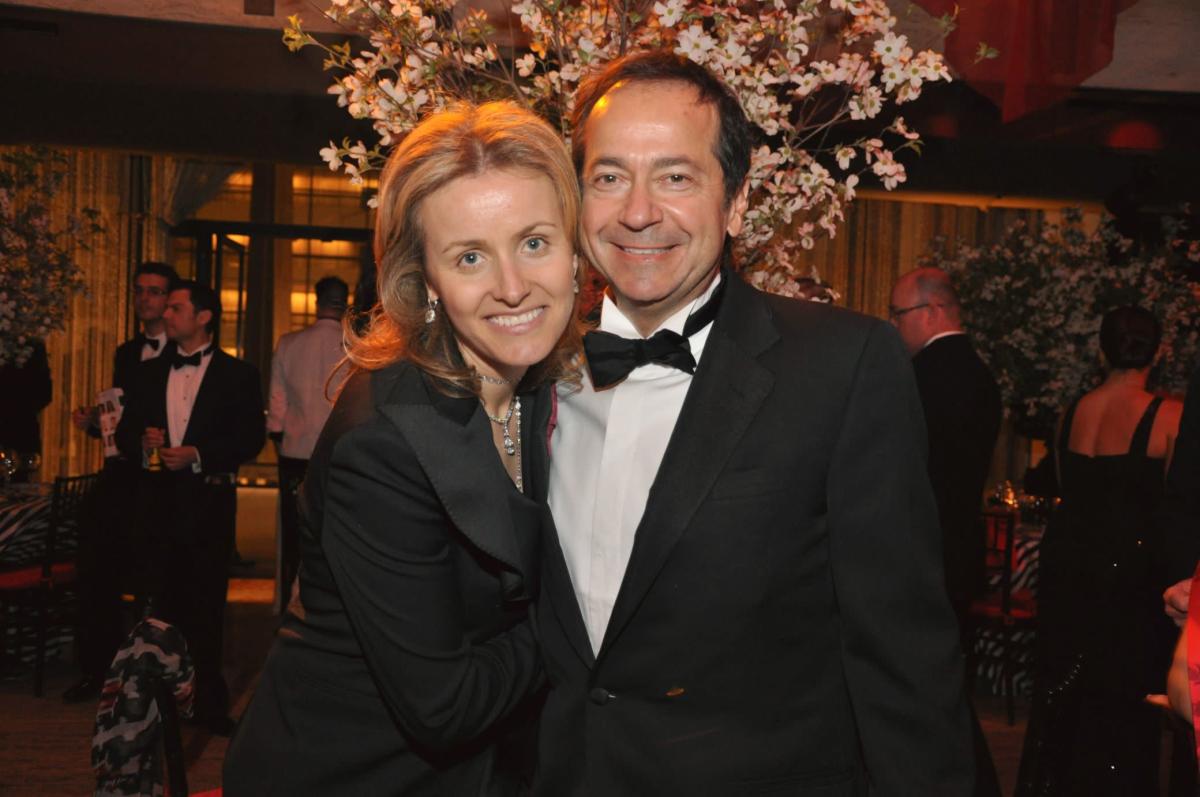 (Bloomberg) – John Paulson was accused by his wife Jenica of secretly creating a series of trusts to hide billions of dollars in assets from her in their divorce.

Jenica Paulson, 50, sued her husband Thursday in state court in Manhattan, claiming he and “a cadre of hand-picked agents and advisors” worked to establish three irrevocable trusts to make sure she did not get her “fair and equitable share of assets. ” She is asking for at least $ 1 billion in damages from her “astronomically wealthy” husband.

John Paulson, the 66-year-old head of Paulson & Co., filed for divorce in state court in Long Island in September. He and his wife, whom he initially met when she delivered lunch to him and his staff from the Bear Stearns cafeteria, have been married for more than 20 years and have two teenage daughters. She said in her suit that she learned of his divorce filing from the New York Post.

A representative for Paulson did not immediately respond to a request for comment.

Paulson has a net worth of $ 4.6 billion, according to the Bloomberg Billionaires Index, mostly due to his winning bet against the US housing market ahead of the 2008 financial crisis, which made $ 15 billion for himself and investors when the market collapsed. He turned his hedge fund firm into a family office in 2020 after assets dropped to about $ 9 billion in 2019 from a peak of $ 38 billion in 2011.

The suit describes Jenica Paulson as a wife who “dutifully and thoughtfully” cultivated her husband’s business and social relationships while relying on him to handle the family’s finances.

“Mrs. Paulson acted at all times in reasonable reliance on her husband’s obvious expertise, reassured by him that this was an area with which she did not concern herself, ”she said. He responded by abusing her trust, she claims.

“While Mrs. Paulson was a loyal wife, her husband exhibited no such fealty, ”she said in the suit. “Instead, Mr. Paulson rewarded his wife’s devotion by implementing a plan, over a nine-year period, to insulate assets acquired during the course of their marriage from Mrs. Paulson’s reach and thereby to deprive her of her fair and equitable share. ”

She alleges that the three trusts were secretly set up in 2001, 2006 and 2009 to specifically exclude her in the case of a divorce, and that none of the assets have been distributed to her or their children, who are “ostensibly the primary beneficiaries of the trusts. ” In reality, she claims, he was the only real beneficiary.

“While the trusts created by Mr. Paulson ostensibly served as vehicles for the financial benefit of his family, in reality they were post-nuptial substitutes made unilaterally by one spouse without the other’s knowledge or consent and served to evade Mr. Paulson’s lawful obligations in the event of divorce, ”Jenica Paulson said in her complaint.

She said she only learned of the trusts after his divorce filing. In addition to her husband, Jenica Paulson is also suing trustee Jeffrey Bortnick and JP Morgan Trust Co. of Delaware. Among the six claims included in her complaint are fraudulent conveyance, fraudulent concealment and breach of fiduciary duty.

“Now aware of what her husband has done, Mrs. Paulson seeks only to secure her rights, ”she said. “Mr. Paulson’s attempt to dispose – unilaterally and in secret – of billions in assets violates the well-settled protections established for spousal creditors in this State. ”

In addition to financial assets, the family has an extensive collection of real estate, including an Aspen ranch that previously belonged to a Saudi prince and an estate in the Hamptons purchased for $ 41 million in 2008. John Paulson also made investments in Puerto Rico, buying majority stakes in the Condado Vanderbilt Hotel, La Concha Renaissance Resort and St. Regis Bahia Beach Resort.

(Updates with claims included in lawsuit. A previous version of this story corrected spellings of trustee and trust company in 11th paragraph.)