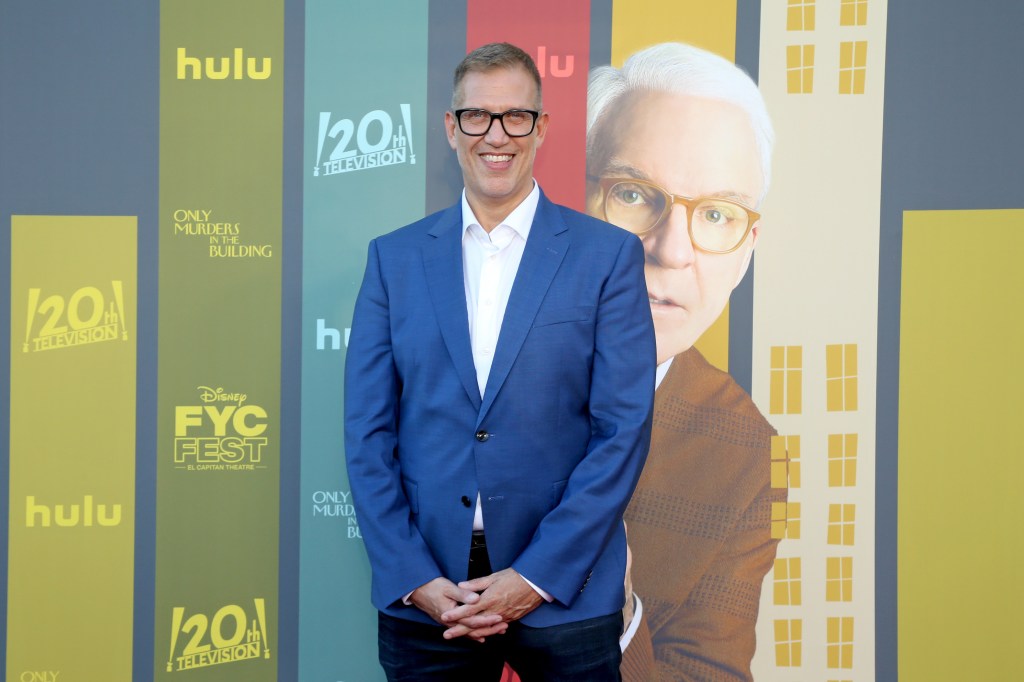 Hulu’s Only Murders in the Building scored 17 Emmy Award nominations on Tuesday, including Outstanding Comedy Series and Lead Actor in a Comedy Series individually for Steve Martin and Martin Short. Noticeably missing was a nom for Selena Gomez, an integral part of the core trio at the center of the multigenerational hit comedy.

Series co-creator John Hoffman touts the importance of the trio as a whole as the secret sauce that keeps fans hungry for more murder mysteries from the Arconia in a conversation with Deadline. New Season 2 episodes are released Tuesdays via the streamer.

“Our trio is the heart of everything and the reason for the success of this show,” Hoffman, overwhelmed by the nominations, shared. “They made all of that happen together, the three of them, with Selena being an essential part of that. I know everyone feels bad but all our nominations are hers as well. Nominations are tricky and you never know who is going to be included. It can feel unfair at times like on a day like today where we’re all so celebrated but I am so proud of her. ”

He added, “For a first season show getting this kind of embrace out of the gate like this from the Academy and from audiences only sends the elevator up in our minds to do better. In Season 2, you’ll see more of the amazing actress that Selena is and how our trio shines even more than before. I’m so thrilled for our team, many of who received nominations today. ”

Going into Season 1, comedy legends Martin and Short were already known to audiences for their musical and big screen collaborations with Gomez being the newcomer. Easing into the show’s current season, the trio’s relationship is established which allows the writers to go deeper into their individual and joint storylines.

“I think our show is about getting to the truth of an investigative case but it’s also about our characters growing as they learn more about themselves and as they reveal more about themselves through this process,” he said. “We’m not shy about going into deeper themes, asking bigger questions, and having our characters work on bigger things that hopefully connect in an emotional way for the audience — with the hope we can make them laugh, as well. This season is a cathartic build across the full 10 episodes. ”

Season 2 devotes a lot of time to family matters, mainly between Charles-Hayden (Martin) and his step-daughter Lucy (Zoe Colletti), Charles-Hayden and his father, Mabel (Gomez) and her father, and Oliver (Short) and his son Will (Ryan Broussard).

“There are some real emotional puzzles that are coming but also some amazing twists and hilarity to finish off Season 2 that brings everything full circle. At its core, the season is about family, and at the center of the show, we have a found family who is learning to trust each other but are also going through some major things together. I find it so moving how we bridge the generations on our show and how we dig underneath everything to find love in the most unexpected places and redemption, truth, and justice for victims and people who have had hard times, ”Hoffman said.

Emmy Noms Analysis: Few Surprises, A Glut Of Actors From The Same Shows, And Why The Academy Needs To Overhaul Television Movie

After airing just three episodes of Season 2, Hulu renewed Only Murders In The Building for Season 3 which Hoffman promises even more fun adventures. As far as whether or not the Arconia will claim another victim by season’s end, he’s not saying.

“I promise you twists and I promise you leaps like the show likes to take,” he teased. “We will try to be as unexpected as possible with those leaps. What I can say is hang tight, we’ve got a big one up ahead. ”