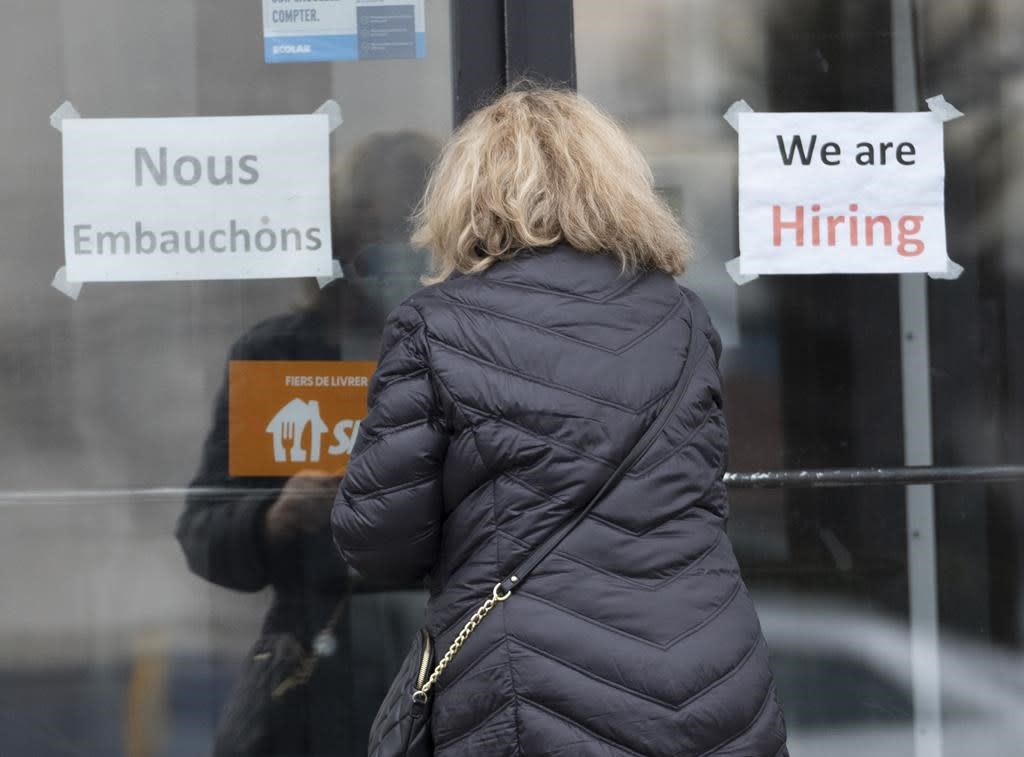 OTTAWA – Statistics Canada says the number of job vacancies at the beginning of April hit just over one million, up more than 40 per cent compared to a year earlier, as the tight labor market helps push up wages and fuels inflation concerns.

The job vacancy rate, which measures the number of vacant positions as a proportion of all positions, was 5.8 per cent in April compared with 4.4 per cent in the same month last year.

The shift comes as employment numbers tick up across the country.

“In April, for the first time, payroll employment in all provinces had either returned to or surpassed levels seen in February 2020, prior to the COVID-19 pandemic,” the agency said in its report.

The Bank of Canada has pointed to the high level of job vacancies as showing a clear need to rein in the economy as it tries to tackle inflation.

“The labor market is one of the clearest signs in Canada right now that we’re in excess demand,” said Senior Deputy Governor Carolyn Rogers at a talk earlier this week.

“We have a million vacancies. If you talk to businesses right now, they’ll tell you they’re having a really difficult time filling those jobs. ”

The tight labor market is also helping to drive up wages, which can contribute to inflation.

Friday’s numbers from StatCan showed the average weekly earnings were up four per cent in April from a year ago, though workers were still effectively losing out as inflation ran at 6.8 per cent for the month.

Some sectors have seen higher pay increases though, with retail trade wages up 11.7 per cent, professional, scientific and technical services up 9.7 per cent, and manufacturing up 8.2 per cent. Arts, entertainment and recreation was the only industry to see a decrease at negative 4.5 per cent likely from the hiring of more lower-paying hourly employees.

BMO chief executive Douglas Porter said in a report Friday that one of the reasons core inflation was growing was because cost pressures are spreading amid a tight job market.

He said and that Friday’s wage numbers showed that on a fixed-weight measure there was a jump of 6.2 per cent year over year for April, well above other wage indicators this year and about one percentage point higher than the prior high in the 30 years of the data set.

“After a long stretch of surprisingly calm for Canadian wages, the payroll survey just fired a shot across the inflation bow,” he wrote.

The number of vacancies were also at a record high for professional, scientific and technical services; transportation and warehousing; finance and insurance; arts, entertainment and recreation; and real estate and rental and leasing.

The health care and social assistance sector saw the number of job vacancies fall to 125,200 in April from a peak of 147,500 in March, however they were still up 21.3 per cent compared with a year earlier.

This report by The Canadian Press was first published June 24, 2022.