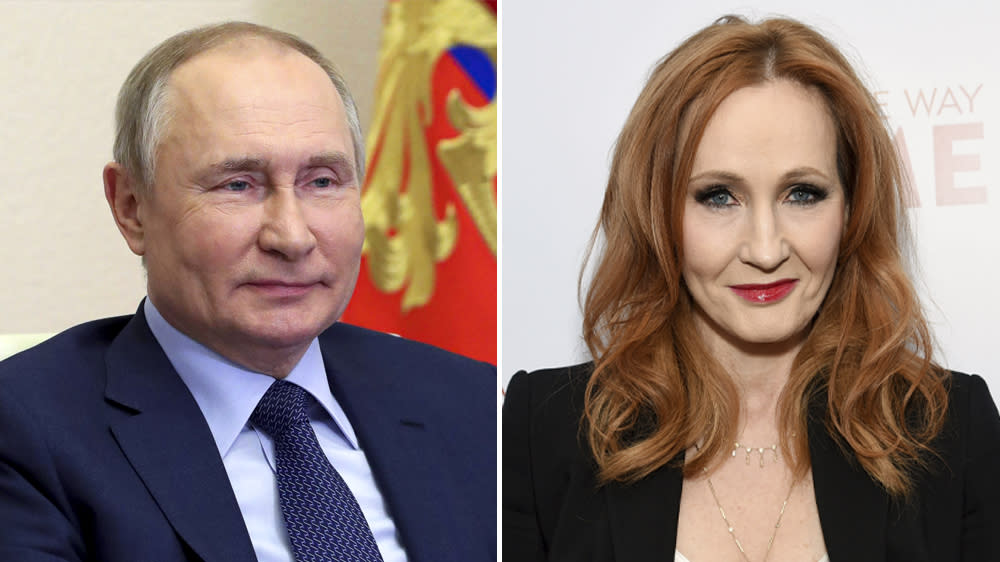 JK Rowling slammed Vladimir Putin on Twitter following a television appearance in which the Russian president said his country was being “canceled” by Western culture, similar to how Rowling has faced criticism over her controversial anti-trans comments. The “Harry Potter” author reacted to Putin’s name drop by posting an article on Twitter about how a critic of Putin is currently being imprisoned in Russia.

“Critiques of Western cancel culture are possibly not best made by those currently slaughtering civilians for the crime of resistance, or who jail and poison their critics,” Rowling wrote, with an “I Stand With Ukraine” hashtag.

Putin said on television that Western culture likes to “cancel” things, adding, “They canceled [J.K.] Rowling recently, the children’s author. Her books are published all over the world, [but they canceled her] just because she did not satisfy the demands of gender rights. ”

“They are now trying to cancel our country,” Putin added, likening “cancel culture” to the Nazi burning books in the 1930s. “I’m talking about the progressive discrimination of everything to do with Russia.”

Rowling has been the subject of controversy for several years now due to her gender beliefs and a series of anti-transgender tweets posted in 2020. Rowling argued at the time that discussing gender identity negates biological sex. Most recently, Rowling generated backlash for opposing a reform bill in Scotland that would make it easier for transgender people to legally change their gender.