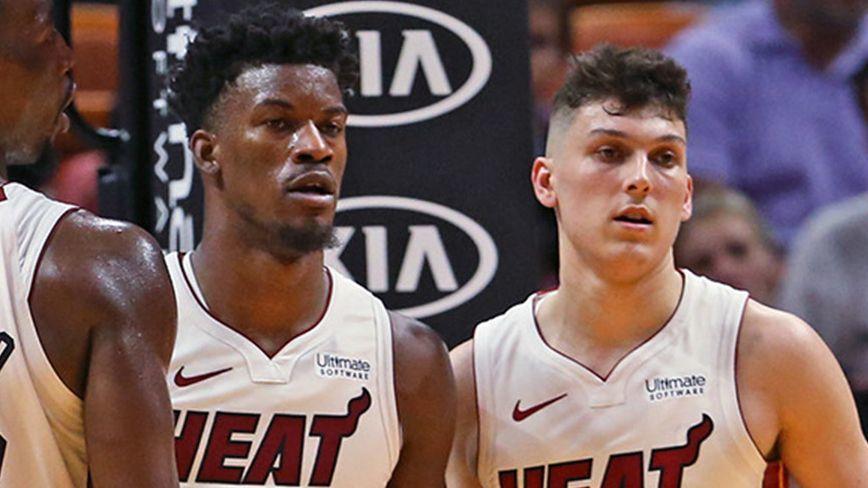 Relief arrived an hour before Saturday night’s opening tip, when the Miami Heat announced all 15 playoff-eligible players would be available, the team’s injury report for Game 3 of the Eastern Conference finals a clean sheet.

But still, no exhale, because Erik Spoelstra’s team knows better, in what largely stands as a season of attrition.

And there they were again Sunday, dealing with multiple concerns.

This time forward Jimmy Butler was forced to sit out the second half of Saturday’s victory that gave the Heat a 2-1 lead in the best-of-seven series, due to recurring knee inflammation, with guard Tyler Herro closing that game with a groin strain.

Sunday, Butler and Herro were listed as questionable for Monday’s 8:30 pm Game 4 against the Boston Celtics at TD Garden.

“He did not have his, like, normal explosive burst,” Spoelstra said of Butler, who had previously missed the Heat’s Game 5 clinching victory over the Atlanta Hawks in the first round with the ailment. “He’s been able to manage this.”

As for Herro, Spoelstra went into Sunday’s team meeting unsure of the next step.

Herro did not play the final 8:11 Saturday.

“Tyler had to come out just so the trainers could see what it was,” Spoelstra said.

Asked if Herro could have returned, Spoelstra said, “It depends on who you ask. If you ask Tyler, yes. And the trainers did not say definitely no. ”

The setbacks with Butler and Herro came after point guard Kyle Lowry returned Saturday from a two-week absence with a hamstring strain, and after power forward PJ Tucker made it back after being hobbled in Thursday night’s Game 2 loss at FTX Arena with knee soreness.

“Felt good to be back,” he said. “Honestly, I’ve only played four games, before [Saturday], in the playoffs. It’s tough trying to find a rhythm. But just having an opportunity to be out there with my guys is always fun. ”

Spoelstra said there are several eyes on Lowry’s minutes.

“I’m definitely talking to trainers on that,” Spoelstra said. “I’m in constant communication with Kyle. The plan was to be a lot more conservative in the first half, to leave us a little bit of leeway going down the stretch, and it turned out that way. There’s not a definitive minutes restriction. We just have to be mindful of it. ”

As for himself, good to go, Lowry said.

“And going forward we are going to continue to have open dialogue, open communication and just continue to find ways to help me be on the floor.”

Lowry and Tucker also were listed as questionable for Game 4, as were Max Strus and Gabe Vincent, both with hamstring strains.

The primary concern is with Butler and Herro.

“You know, injuries are a part of the game,” Lowry said. “That’s the part that sucks about the game, the injuries, and you know, this is tough. Jimmy is a warrior. Tyler is a warrior. But we have to continue to stay focused on what we did as a group [Saturday night] and hopefully those guys will be back and ready to go next game. ”

As for the Celtics, guard Marcus Smart, who missed the Heat’s Game 1 victory on Tuesday night at FTX Arena, took treatment Sunday for an ankle sprain. Also taking treatment Sunday was Boston center Robert Williams III, due to the knee discomfort that kept him out Saturday night. Both are listed as questionable. Forward Jayson Tatum, who briefly left with a stinger Saturday, did not require additional treatment Sunday and is listed as probable.