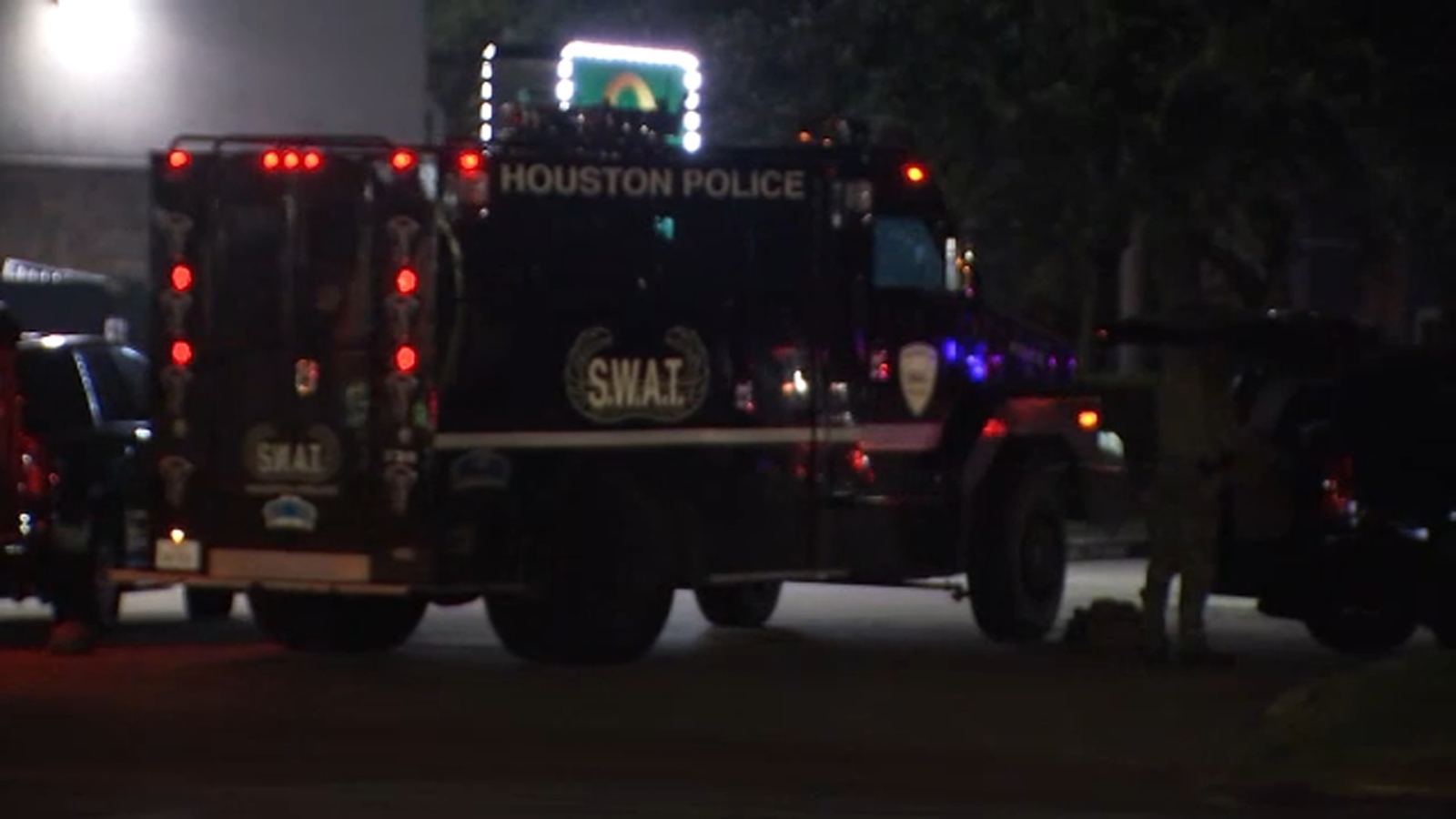 Jersey Village police say it all began at about 2:15 a.m. Friday, when officers responded to the Polar Express Gas Station at 8223 Jones Rd. for an aggravated robbery.

When officers arrived, they saw the suspect run away, but were able to get a still image of him from surveillance video.

While searching the area for him, police contacted the clerk at the Quality Inn at 17550 Northwest Freeway and showed that person the photo.

The clerk recognized the man, told police he was staying at the hotel and gave them his room number.

Officers went to the room and talked to him through a closed door. Authorities say he told them he had hostages inside and that the police needed to leave.

According to officials, that suspect then fired off one shot inside the room and officers heard glass breaking.

Police say they later saw the suspect holding a gun through the broken window.

That’s when a Jersey Village officer in the parking lot fired one shot at the suspect. It’s not immediately known if the suspect was hit.

Officers were able to begin negotiations with the suspect over the phone, and it’s through those conversations that they learned he is holding at least two people hostage – a woman and a man.

The Houston Police Department SWAT and Negotiations Teams are at the scene.

Authorities say the identity of the suspects and hostages have not been confirmed.