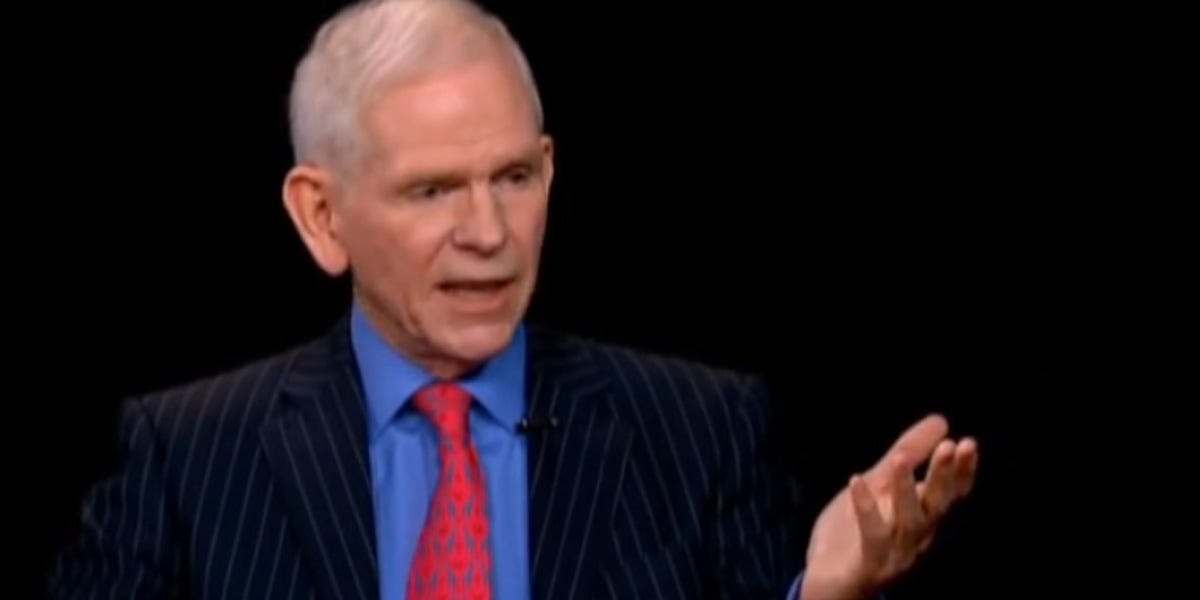 Just a month ago, Jeremy Grantham was warning about a ‘superbubble’ in stocks that would send the S&P 500 crashing by 50% when it bursts. President Vladimir Putin is now making him doubt that.

“The risk profile for everybody has gone up, because you can not rule out the Russians being a bit crazy and irrational,” the veteran investor told ThinkAdvisor in an interview this week. “Putin is a borderline psychotic.”

“You can not rule out their using a tactical nuclear weapon,” he added.

The GMO co-founder said in January an epic market crash was coming, after diagnosing the fourth US superbubble in the past century – despite the multiple efforts being made to prevent it.

But Russia’s invasion of Ukraine has prompted Grantham to feel less comfortable about his prediction, given war is a complicated event, full of unintended consequences, he said.

“The flight path is not as certain as it was a month ago,” he said.

“There’s never been a war thrown in the middle of a major bubble like this. So I reserve the right to take a while longer to think it through and work out the implications.”

Sanctions against Russia for its war in Europe have upended commodity markets, casting immense uncertainty over financial markets. Fears of disruption to supply has caused oil to surge, and led to chaos in the nickel market.

Market historian Grantham, who has been calling market bubbles for decades – including the housing market bubble of 2008 and the global financial crisis – says investors have to be prepared for anything.

“The war bodes very badly for global growth and global trade, and for price increases,” he said.

Grantham said the day before Russia’s invasion on February 24, he was as certain as things get in the market that the final stages of the

– what he describes as the “Vampire Phase” – were coming to an end.

“But when a war starts, everything is scrambled, and it multiplies all the uncertainties,” he said.

“We were certainly in the Vampire Phase. But I’m humble enough to say that when a war of this magnitude occurs – with ramifications that could extend beyond that – all bets are off.”

Before his prediction got messed up, Grantham said the market looked uncannily like the dot-com bust of 2022 – the last great super bubble.

“I was looking forward to that continuing for a few months, with the blue chips going down reluctantly or not at all, until, finally, sometime out, maybe in the fall, the broad market would give up the ghost, as it did in 2000. “

He did say it’s quite likely the superbubble will still deflate. One factor would be whether the US government injects more stimulus to support the economy, which it did during the height of the pandemic.

That said, the US government is concerned about red-hot inflation – which in February hit its highest level since 1982 – so there might not be a chance of more, he suggested.