Jennifer Lopez The Rudest Celebrity Ever?? See Why She’s Taking Over TikTok Trend! 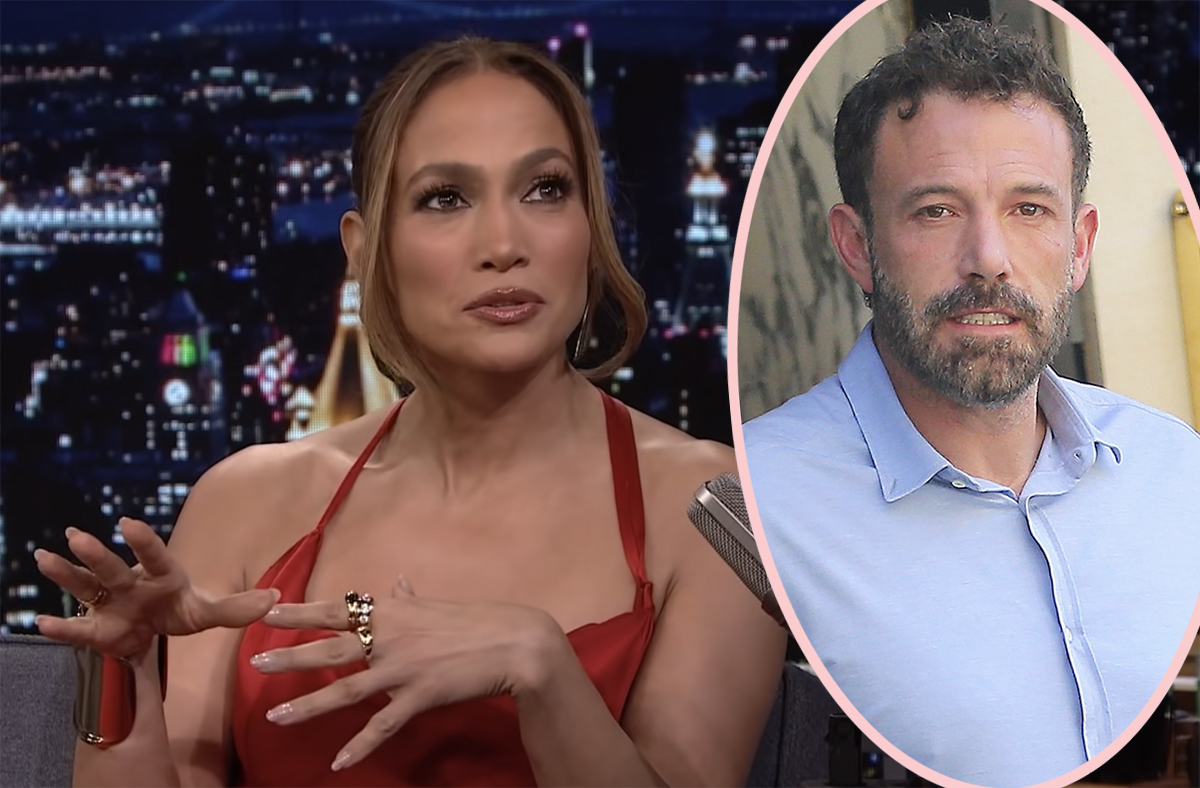 OMG, Jennifer Lopez has taken over TikTok! But proooobably not how she’d want…

A trend started earlier this month where folks were asked to “Tell about a time a celebrity was rude to you.” Unfortunately for J.Lo (and fortunately for James Corden, we guess) folks had STORIES!

The first we saw to name Jenny from the Block was an account going by TristanStone74. She recalled the first time she visited the mainland US from Puerto Rico when she was 12 years old. She was on the road in Miami when:

“We’re at a stoplight, and I look right next to me, literally 3 feet away from me. There’s this black SUV with the windows rolled down. And when I looked to the person and they looked at me, it was f**king Jennifer Lopez!”

When the light changed, J.Lo drove away — and no one believed the poor girl! So she told them to speed up and get next to the car again at the next light, which they did! She tried to say hi this time, but…

“Bitch rolled her window in my face.”

LOLz! All she had to do was say hi! But that’s nothing!

Related: JoJo Siwa Has No Interest In Speaking To Candace Cameron Bure EVER Again!

A user going by the name RedPeppaFlake told two stories! First, she says her father was a chauffeur — and the way she allegedly treated drivers is BONKERS!

“When she has drivers the number one rule she has for them is they can’t look at her, they can’t talk to her, and her luggage is never allowed to hit the ground. If any of those things happen, she will go out of her way to make sure you get fired.”

How serious is she? DEADLY serious, according to this story:

“Even if you have to look in the rear view mirror while you’re driving, she will call that you trying to look at her and berate you. And I know this because my dad worked for that driving company and he refused to drive her whenever she came in town, because of how awful she treated the drivers.”

The second story is even worse — but sadly in line with something we’ve heard about J.Lo before. See, we’ve heard from casino workers that Bennifer were bad tippers and that she tells him not to tip. But this goes even beyond that. This girl claims she went behind him and STOLE BACK THE TIPS HE GAVE! RedPeppa says she saw this go down one night, she believes at MGM:

“Ben’s a great tipper and he respects service workers. And so he tipped a lot of people a lot of money that night. Jennifer goes around to each of those people and takes back the tip and gives them maybe 5, 10 bucks.”

Wow. Once they’ve already been given the money, that’s not discouraging tipping — it’s STEALING!

A commenter corroborated the J.Lo M.O. with a story about her and Marc Anthony, writing:

“I actually know one of the cocktail waitresses this happened to! Jen got mad bc Marc Anthony had asked her to blow on the dice for good luck. He ended up winning really big, so he gave her $1k worth of chips as a thank you. Jen chased her down, took the chips back and gave her $10. Marc saw her do this and scolded her in front of all their friends, told Jen to NVER touch his money like that, and gave the waitress #20k worth of chips”

Well, it turns out someone else previously outed Jen for this exact thing. Actor Steve Schirripa was speaking on the Talking Sopranos podcast a couple years ago and also recalled seeing J.Lo do this back during the first time around with Ben:

This is way too many folks for it not to be true, right?? And there were lots more!

Have YOU ever been told a story about a bad interaction with Jennifer Lopez? How about a good one??