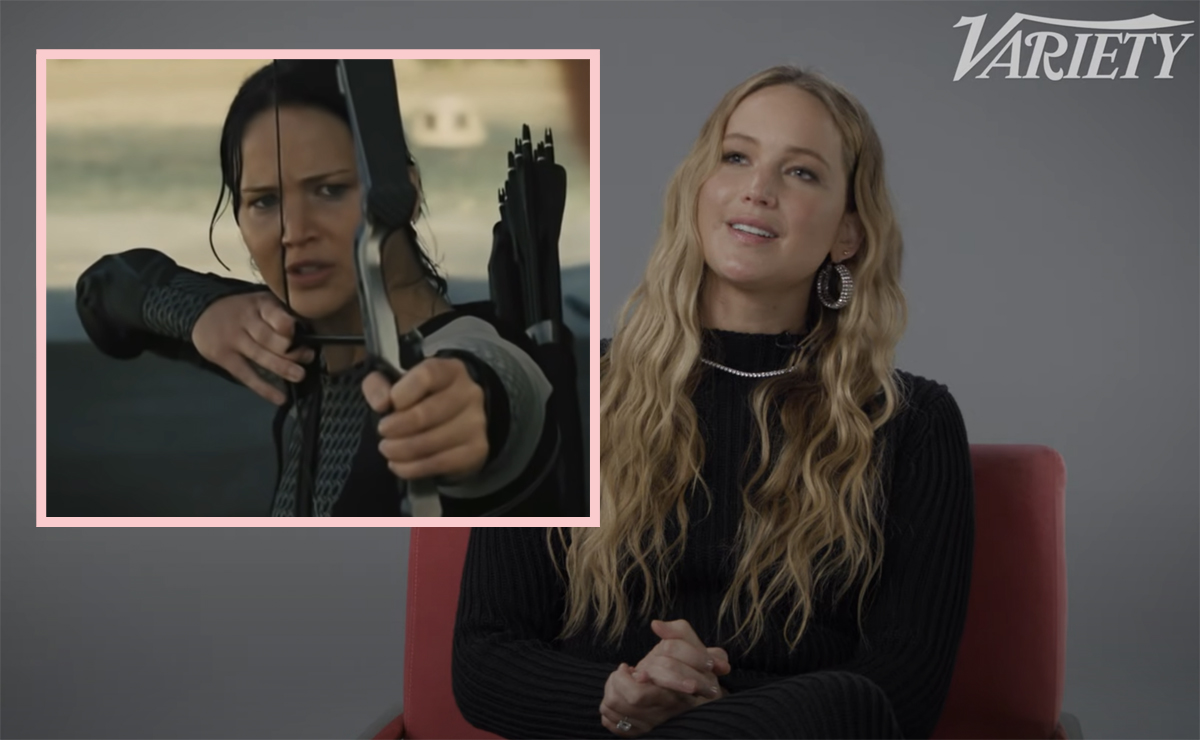 Sorry, Jennifer Lawrence, but WHAT?!?

The Don’t Look Up star is part of the latest series of Actors on Actors interviews for Variety. Her convo with Viola Davis went up on Tuesday and ranges from thoughts on motherhood to action stardom — and it’s in the latter subject that J.Law makes a pretty wild statement that has film fandom scratching their heads.

Speaking about Viola’s action-packed performance in The Woman King, the 32-year-old tries to make a point about the sexism of the movie industry — but winds up overblowing her own role in it. She says:

“I remember when I was doing Hunger Games, nobody had ever put a woman in the lead of an action movie because it wouldn’t work because we were told girls and boys can both identify with a male lead, but boys cannot identify with a female lead. And it just makes me so happy every single time I see a movie come out that just blows through every one of those beliefs, and proves that it is just a lie to keep certain people out of the movies. To keep certain people in the same positions that they’ve always been in.”

Um, we’re sorry… WHAT?! “Nobody had ever put a woman in the lead of an action movie”?? Before the Hunger Games?? Gurl, what in the hell are you even talking about?

Obviously chauvinism has always been a big problem in show business, and there certainly haven’t been enough female action stars over the years. Heck, even now they’re being put in the backseat of their own movies. But saying “nobody had ever put a woman in the lead of an action movie” before 2012 is just plain nonsense.

Related: Margot Robbie Improvised A Kiss With Brad Pitt In Babylon: ‘Sue Me’

You’ve got Sigourney Weaver as the lead of the entire Alien franchise, Geena Davis had a run in the ’90s with movies like The Long Kiss Goodnight, and of course the 2000s were owned by Angelina Jolie! Never heard of Tomb Raider?? How about Milla Jovovich as the lead of the Resident Evil franchise? Kate Beckinsale in the Underworld movies? Uma Thurman in Kill Bill? That’s not to mention Michelle Yeoh and Cynthia Rothrock kicking butt in kung fu movies going back to the ’80s. And Pam Grier starred in Coffy in 1973, nearly four decades before Katniss picked up her bow! That’s just off the top of our heads!

Obviously they’re the exception and not the rule, and that’s an important point to make. But come on! We know she means well, but come on, really? You can bash sexism without pretending you’re the great white knight coming in and saving everyone. Don’t kill your own point!

See the full interview (below):


Maharlika still flawed after pensions ruled out as funders