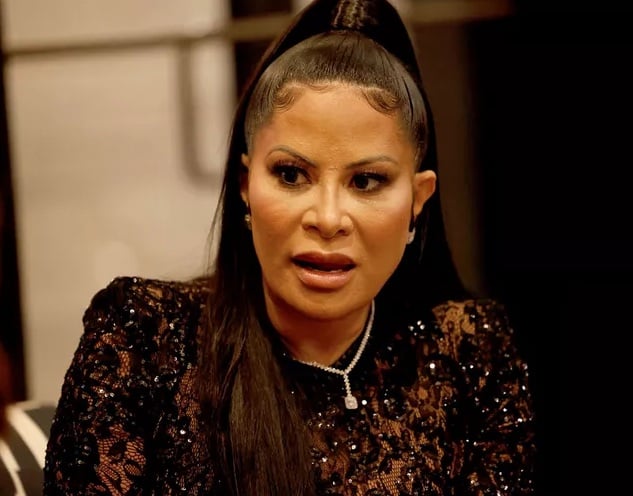 Jen Shah opened up about about something very painful and personal on Tuesday’s episode of The Real Housewives of Salt Lake City.

During a road trip with Lisa Barlow and Heather Gay, the embattled reality star said she was hospitalized for nearly three days after attempting to take her own life.

I almost committed suicide. I tried to — okay?” she told the two castmates, adding.

“Because your friend [Chris Harrington] is heartless and decided to drag me and my entire family.”

This one may require an explainer:

During a confessional, Shah said the suicide took place after the Instagram account @shahxposed — which went hard after the cast member — surfaced.

Around this same time, she was charged with conspiracy to commit wire fraud in connection with a telemarketing scheme.

“I have always felt like I’m a pretty strong person, but when I found out about Shahxposed, it came on a day that I was dealing with a lot of negativity with the trial,” she explained on air.

“And I got to the point that day where I was done.”

Continued Shah on this same topic:

“I locked myself in the bathroom and Coach [husband Sharrieff Shah] was so scared, he had to kick the door down because he didn’t know what I was going to do, and Coach had to take me to the hospital.

“I was there for two-and-a-half days.”

Back in October, Shah said on a different episode that she had suicidal thoughts back then.

“Ms. Shah is a good woman who crossed a line,” Priya Chaudhry, an attorney for the reality star, told People Magazine at the time.

“She accepts full responsibility for her actions and deeply apologizes to all who have been harmed. Ms. Shah is also sorry for disappointing her husband, children, family, friends, and supporters.

“Jen pled guilty because she wants to pay her debt to society and put this ordeal behind her and her family.”

Shah was first arrested in Utah in 2021 alongside her assistant Stuart Smith — for allegedly orchestrating a phone scam to defraud people over the age of 55.

She spent many months strongly proclaiming her innocence and now faces sentencing in January.

On Thursday, meanwhile, Shah took to Instagram to explain why she won’t be joining co-stars Lisa Barlow, Heather Gay, Meredith Marks and Whitney Rose — as well as host Andy Cohen — on this season’s reunion special.

“On September 14, 2022, I was informed by Bravo executives that I was not invited to attend the season three reunion,” Jen wrote in a December 16 Instagram statement.

“I was disappointed. Because I would have no venue to confront inaccuracies and address my storyline with cast members.”

The 49-year-old went on to say reunion appearance would have come with one request, explaining:

“I was clear with Bravo that out of respect for the courts and a standing judicial order, I would not be in a position to discuss anything related to my legal case or sentencing.”

She claimed the network found her request “unsatisfactory,” and that she was “expected to discuss this “storyline,” hence why the appearance won’t work out.

“That expectation has no regard for me or my family’s well-being,” Shah concluded her post.

“So under legal advice, I will not be attending the reunion. I need to focus on the most important thing in my life—my family.”