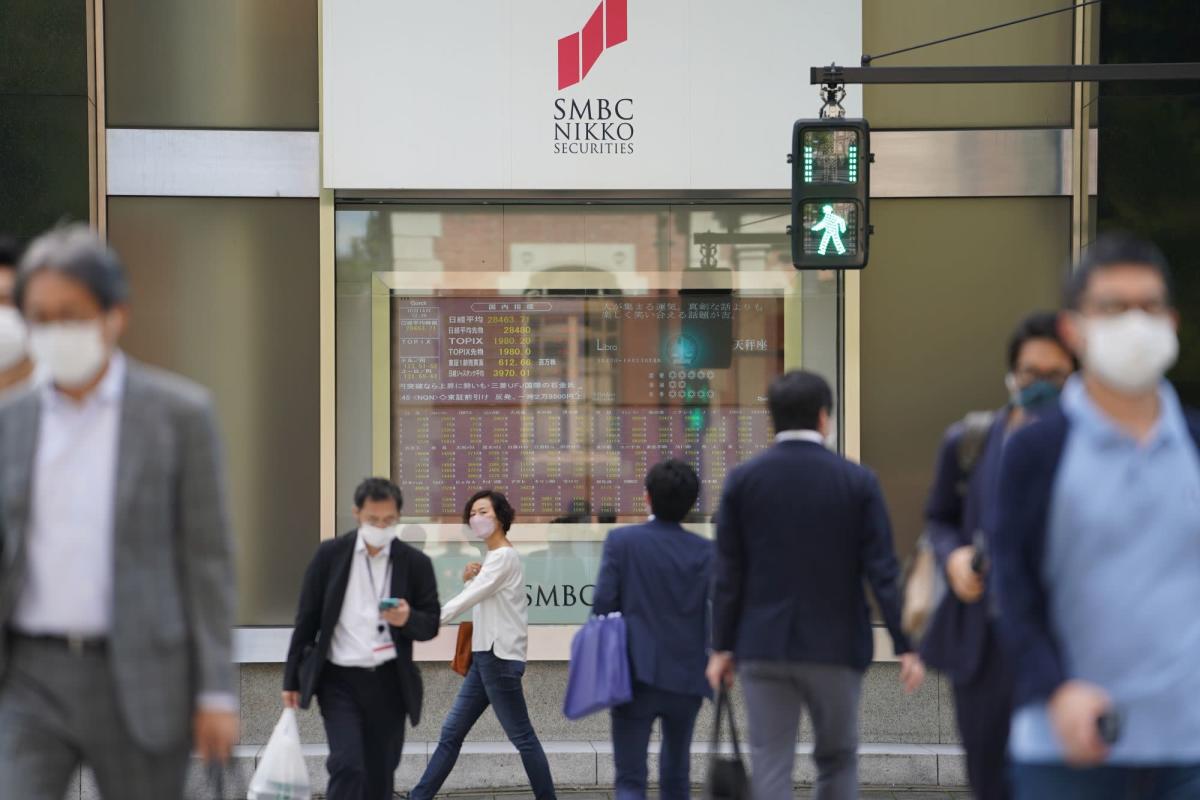 The prosecutors indicted the brokerage arm of the nation’s second-biggest banking group and the five employees in relation to allegedly propping up the price of certain companies’ shares before SMBC Nikko sold them in what are known as block offers, they said in a statement Thursday .

The charges follow months of investigations by the enforcement arm of Japan’s Financial Services Agency, the market regulator, into the practice at the brokerage. The securities watchdog raided SMBC Nikko’s offices as far back as last June.

The incident has already hurt SMBC Nikko’s reputation and bottom line, with major institutional investors and other clients suspending business with one of the country’s largest brokerages, causing the company to miss out on underwriting bond deals worth billions of dollars. It also dealt a blow to parent Sumitomo Mitsui Financial Group Inc.’s efforts to reduce reliance on traditional lending business amid years of low interest rates.

SMBC Nikko said it takes the indictments of the company and employees seriously and sincerely apologizes for causing trouble and concern to customers and others. It will continue to cooperate with the relevant authorities, it said. The brokerage will also hold a news conference at 8:30 pm Tokyo time.

With the indictment of the entire brokerage, “it is possible that the company will be ordered to suspend part of their business” as a penalty by the Financial Services Agency, according to Shoki Nagano, an analyst at S&P Global Ratings. The firm may also lose more business, such as bond and stock underwriting as well as trading deals. Such wholesale operations generate 30% to 40% of the company’s revenue, he said.

Still, Nagano does not anticipate that any impact will be serious enough to cause SMBC Nikko to sustain an annual loss. SMBC Nikko’s wholesale business accounts for less than 4% of SMFG’s overall revenue, meaning that the impact on the broader banking group would be limited, he said.

Speaking at a briefing Wednesday, an SESC official, who could not be identified due to the organization’s policy, declined to comment on whether the employees denied or acknowledged the allegations. The four members of staff who were arrested earlier this month denied the allegations, according to local media reports.

The indictments come a day after the watchdog, the Securities Exchange and Surveillance Commission, filed criminal charges with prosecutors against SMBC Nikko and seven employees.

SMBC Nikko Deputy President Toshihiro Sato was also arrested for alleged market manipulation, Tokyo prosecutors said Thursday in a separate statement. He was not one of the five indicted.

The employees are alleged to have used SMBC Nikko’s proprietary trading desk to put in large buy orders for certain stocks before the market closes in Tokyo. The alleged aim was to prop up prices before the brokerage sold large chunks of those companies’ shares outside the open market for clients in the block offers. According to prosecutors, such actions amount to market manipulation.

This case is “unparalleled” in Japan’s modern financial history, said Shin Tamura, an analyst at Bloomberg Intelligence. That’s partly because so many senior-level officers and the company as a whole have been implicated, he said, noting that it remains difficult for observers to tell whether they have crossed the line.

The indictment may mean that the FSA would take a fresh look at the alleged market manipulation. The regulator’s probe could cover a broader set of topics, such as how SMBC Nikko’s internal controls functioned and how the firm allocated resources to risk management, according to an agency official who asked not to be identified discussing individual cases.

After its own investigation, the agency would decide whether to issue an administrative penalty, which could be a business improvement order or other penalty, the person said.

SMBC Nikko had already been told by the FSA in 2012 to improve internal controls after a former banker was indicted for securities violations related to insider trading.