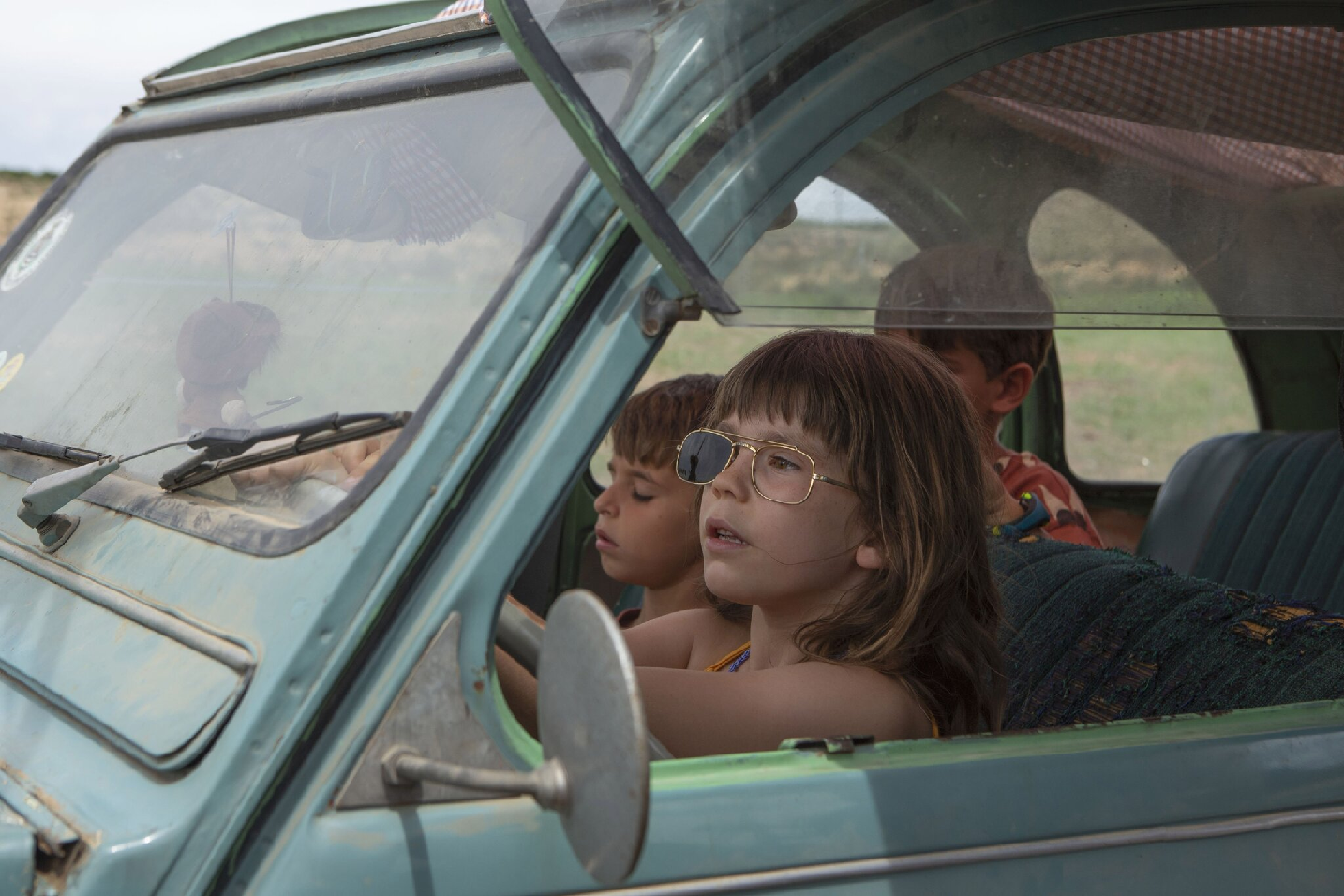 The 2022 winner of the Berlinale’s Golden Bear hits finally hits theaters this month. Carla Simón’s “Alcarràs,” a portrait of a family of peach farmers in a small village in Catalonia, will be in theaters January 6. Spain selected the drama as its pick in the International Oscar race.

If you’re looking for laughs, “Pen15” co-creator and star Anna Konkle leads “The Drop” (January 13), Sarah Adina Smith’s comedy about a married couple whose relationship is tested at a destination wedding. Seeking thrills? Storm Reid-starrer “Missing” (January 20) is a standalone sequel to 2018’s “Searching” and tells the story of a teenage girl who embraces her inner sleuth when her mother disappears on a vacation to Colombia with her new boyfriend.

Pamela Anderson will set the record straight in “Pamela, a Love Story” (January 31), a documentary that sees the “Baywatch” actress opening up about her rise to international fame and her reaction to the infamous stolen tape that featured her and then-husband Tommy Lee having sex.

These are the women- and nonbinary-centric, directed, and written films set to debut in January. All descriptions are from press materials unless otherwise noted. 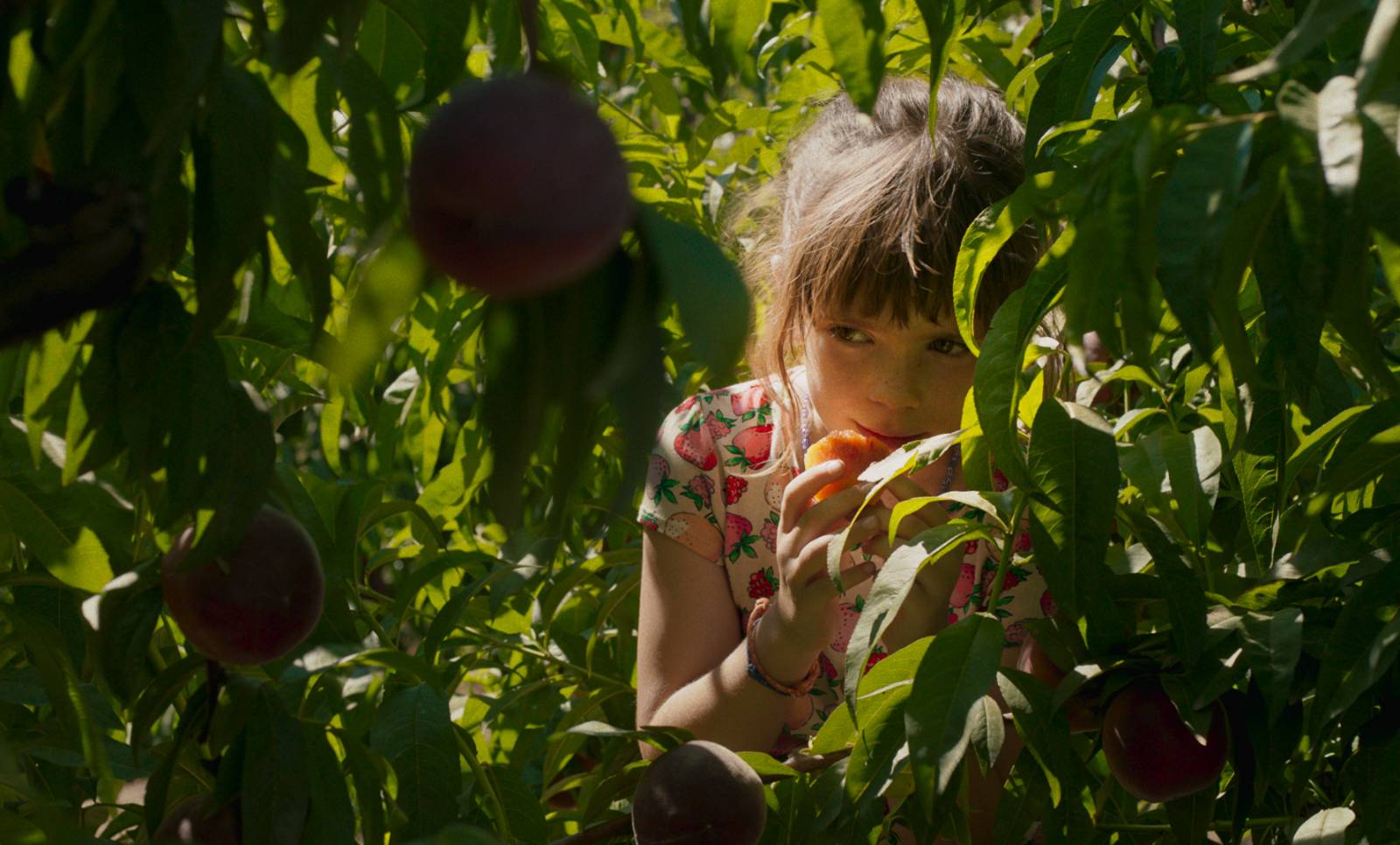 The life of a family of peach farmers in a small village in Catalonia changes when the owner of their large estate dies and his lifetime heir decides to sell the land, suddenly threatening their livelihood.

Microbiologists Gloria Dominguez-Bello and Dr. Marty Blaser race to save our vanishing microbes before it’s too late. “The Invisible Extinction” joins them on this urgent quest from the USA to Venezuela, China, Israel, and Switzerland, showing us how the overuse of antibiotics, elective C-sections, and processed foods are driving the destruction of our inner ecology, which is happening even faster than climate change.

M3GAN – Written by Akela Cooper and James Wan (In Theaters) 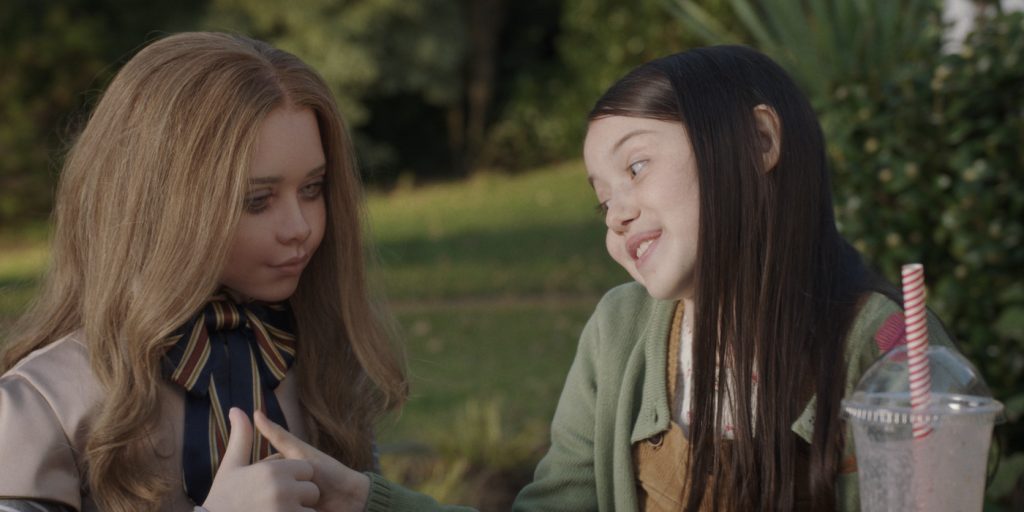 M3GAN is a marvel of artificial intelligence, a life-like doll programmed to be a child’s greatest companion and a parent’s greatest ally. When M3GAN’s designer Gemma (Allison Williams) suddenly becomes the caretaker of her orphaned eight-year-old niece, Cady (Violet McGraw), she decides to pair her M3GAN prototype with Cady in an attempt to resolve both problems — a decision that will have unimaginable consequences.

Imani — Written by Amaleka McCall and Tu-Shonda Whitaker (In Theaters)

Faith (Brittany S. Hall) has it all as a mother and wife, but a year after what she believes was a car accident, Faith discovers that she is an Army special ops lieutenant with classified information.

A young disciple of a religious cult, Remy (Olivia Luccardi), stumbles upon a rag-tag group of truck stop sex workers known as “lot lizards” who take her under their wing. As Remy immerses herself in this new underground world, her true colors are revealed in a way that neither her former family nor new family could have ever imagined. 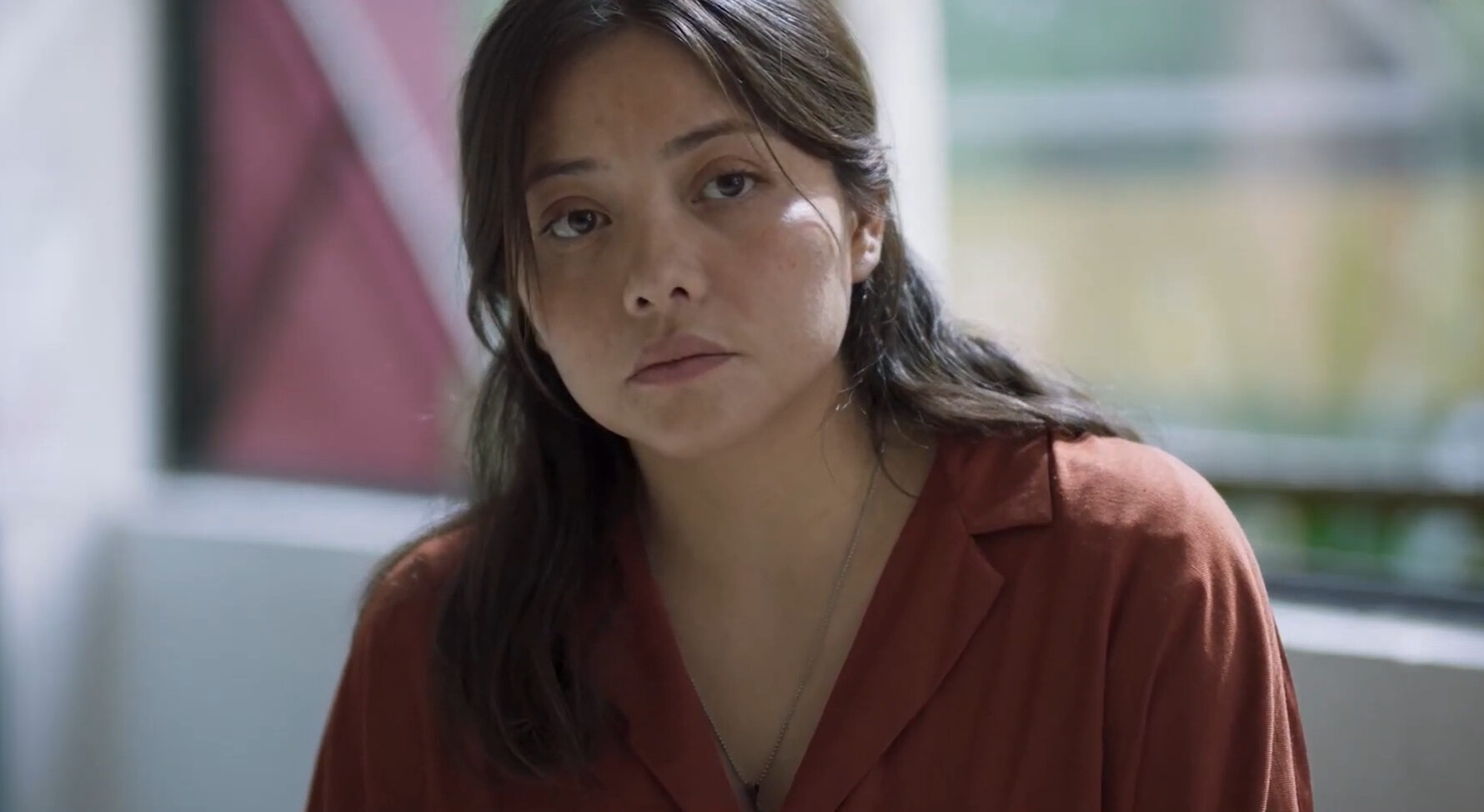 Julia (Julieta Egurrola) is a mother – or rather, one of many mothers, sisters, daughters, colleagues, who have had their lives torn by the widespread violence in a country waging a war against its women. Julia is searching for her daughter Ger and, in her search, weaves through the stories and struggles of the different women she will meet.

In this cringe comedy, a married couple face a marriage test when one of them drops a baby during a tropical island wedding.

“The Seven Faces of Jane”

Jane (Gillian Jacobs) drops her daughter off at sleepaway camp and drives away from her mundane life into an exciting odyssey on the road. Jane’s obstacles, connections, and moments were created playing a game of exquisite corpse — a method of creating art by collectively assembling random parts to create a whole.

A journalist (William Mapother) and an oil company executive (David Arquette) find themselves on opposite sides during the construction of the contentious Dakota Access Pipeline running through the Standing Rock Indian Reservation in North Dakota.

A psychologist from San Francisco decides to end a stalled romance with her high-profile psychiatrist boyfriend and business partner. She moves on with her life by opening her own practice in a vacant office space in the middle of a small commercial block located across the bay in Oakland, turning the predominantly African American and psychologically ignored neighborhood on its emotional ear.

Cathy (Audrey Lamy) is a sous-chef wanting to open a restaurant. With financial difficulties, Cathy accepts a job at a shelter for young migrants. At first she hates the job, then her passion for cuisine starts to change children’s lives.

Come Find Me (In Theaters and Available on VOD)

A Latin mother (Sol Miranda) and daughter (Victoria Cartagena) face major life changes: Gloria is about to retire and Christina must prove herself as a person of color in a competitive field. They love each other, but struggle to communicate and reconcile their differences.

After accidentally witnessing a violent crime, a young girl (Julia Savage) is left catatonic with shock, and struggles to make sense of what she saw, ultimately finding renewal in the inestimable world of her own imagination. 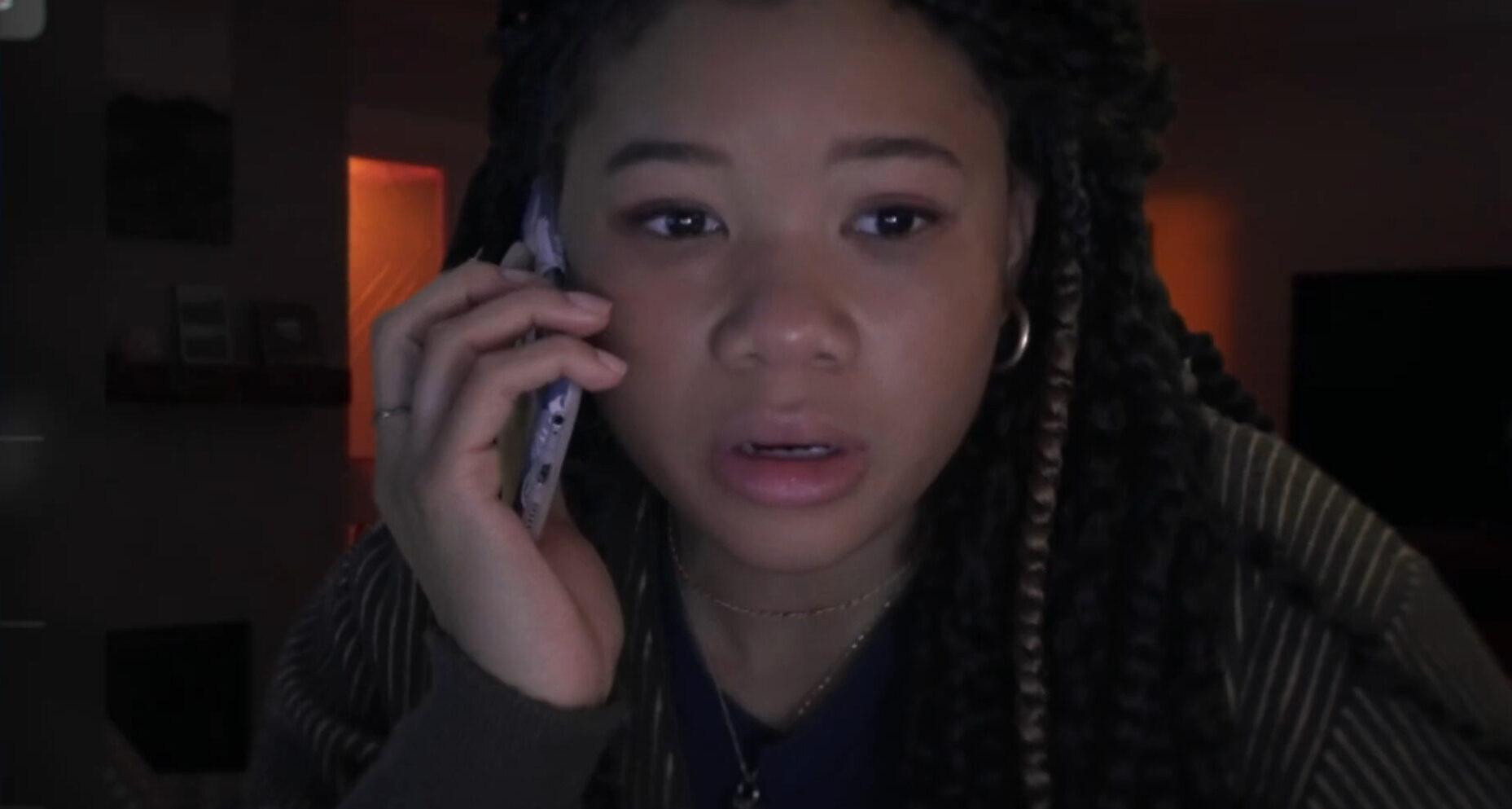 When her mother disappears while on vacation in Colombia with her new boyfriend, June’s (Storm Reid) search for answers is hindered by international red tape. Stuck thousands of miles away in Los Angeles, June creatively uses all the latest technology to try and find her mother before it’s too late. But as she digs deeper, her digital sleuthing raises more questions than answers.

The Protector (In Theaters; Available on VOD January 23)

A woman on parole (Chelsea Clark) uncovers a conspiracy while investigating a legend about a righteous god that protects a small town from evil.

Alone at Night (In Theaters and Available on VOD)

Vicky (Ashley Benson) is looking for an escape after going through a harrowing break-up. After retreating to a friend’s remote cabin in the woods, she continues to model lingerie for her followers on an adults-only live-streaming website. But when the power keeps going out, Vicky discovers something terrifying awaiting her in the dark — a masked killer wielding a crowbar who’s hellbent on bringing her night to a grisly end.

Geographies of Solitude (Documentary) – Directed by Jacquelyn Mills (In Theaters) 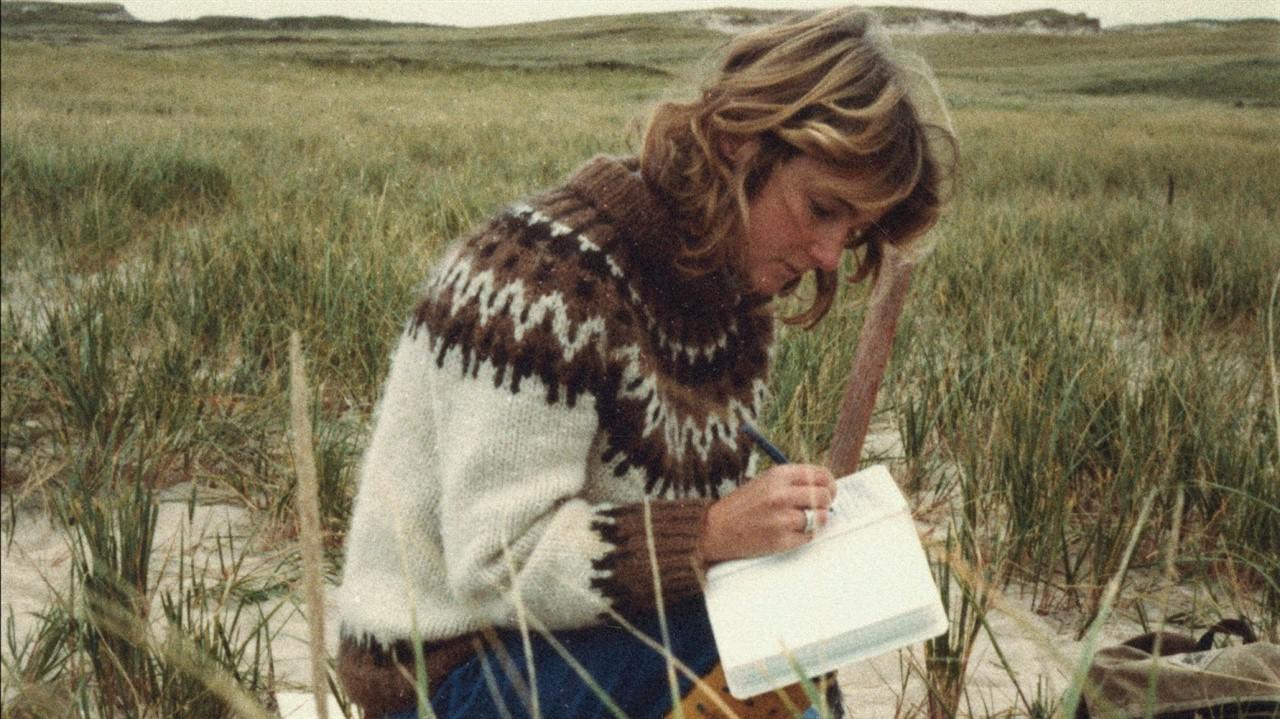 An immersion into the rich landscapes of Sable Island and the life of Zoe Lucas, a naturalist and environmentalist who has lived over 40 years on this remote strip of sand.

Anto (Ana María Otálora), Marti (Silvia Varón), and Lai (Ruth Caudeli) are a throuple blissfully living together in a remote house, with nothing but their beloved bundle of dogs keeping them company. When Lai leaves for a work trip, the balance is thrown off and Marti and Anto must adapt to being just the two of them. Suddenly, the dreaminess of their secluded home becomes isolating, and all they have to rely on is each other. In the spirit of honest and vulnerable openness, this semi-autobiographical blend of documentary and fiction from writer-director Ruth Caudeli is an invitation to experience the intimate details, both unique and universal, of the ups and downs and shifting dynamics in a polyamorous relationship.

An intimate and humanizing portrait of one of the world’s most famous blonde bombshells, “Pamela, a Love Story” follows the trajectory of Pamela Anderson’s life and career from small town girl to international sex symbol, actress, activist, and doting mother.