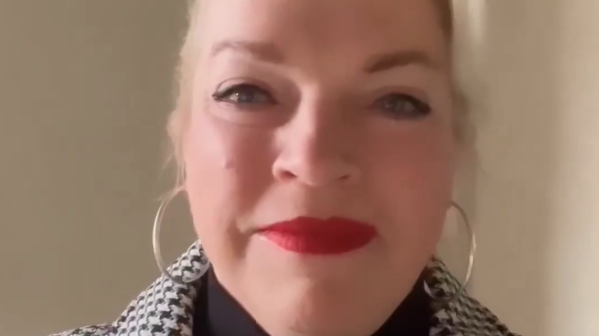 Now that Janelle Brown is no longer living a lie in her unhappy marriage to Kody, she is making changes.

The Sister Wives star has undertaken a fitness journey. Kody isn’t the only dead weight that she aims to lose.

She is also sharing every step of this process, from her new look to her lifestyle changes, with her followers.

Janelle is already looking forward to 2023. And plenty of her fans are eager to be along for the ride. Take a look:

Janelle Brown posted a video montage to Instagram this week, showing a series of pics of her ongoing progress.

“At what point do you decide it’s time?” she wrote within the montage itself.

“Because,” Janelle then continued, “this has been a game changer.”

She then wrote aspirationally: “I’m coming for you 2023.”

The photos themselves include images of her at the gym and sporting her fabulous new look.

“This health journey I’ve been on has been incredible,” Janelle gushed to her followers.

“The results weren’t overnight,” Janelle acknowledged, “and I’m okay with that.”

She affirmed that “It’s all about slow and steady that wins the race.”

Janelle then concluded her core message by writing: “2023 is my year!”

Meanwhile, Janelle’s actual conclusion to her caption made it clear that the post is also a promo.

It includes a link to Life With Health & Happiness, a page that is (of course) full of Janelle and also Christine’s beautiful faces.

Still, as promos go, this one was earnest and did not come across as predatory or manipulative like too many on Instagram seem to.

Just days ago, viewers saw a teaser for Sister Wives in which Janelle and Kody confirm their status.

She notes that she and her controversial husband have been separated (at the time when they filmed this) for “months.”

Meanwhile, Kody acknowledged the separation, adding that he and Christine were fully divorced.

Janelle did not take this step lightly. Or quickly, for that matter.

She and Kody spent 29 years in this marriage. Some of those years must have been good. But things changed.

Reports say that Janelle “outgrew” Kody. That makes a lot of sense.

And many believe that Christine’s departure broke the surface tension of the plural marriage, so to speak.

With one gone, it may have felt easier for Janelle to take this courageous step.

Besides, Janelle and Christine are very close friends.

He seemed to view Janelle’s closeness with Christine, and the time spent together, as some sort of “betrayal.”

Some might argue that the husband whose chronic emotional neglect of his wives drove two of them away was the betrayer. No matter what, Janelle is so much happier now.