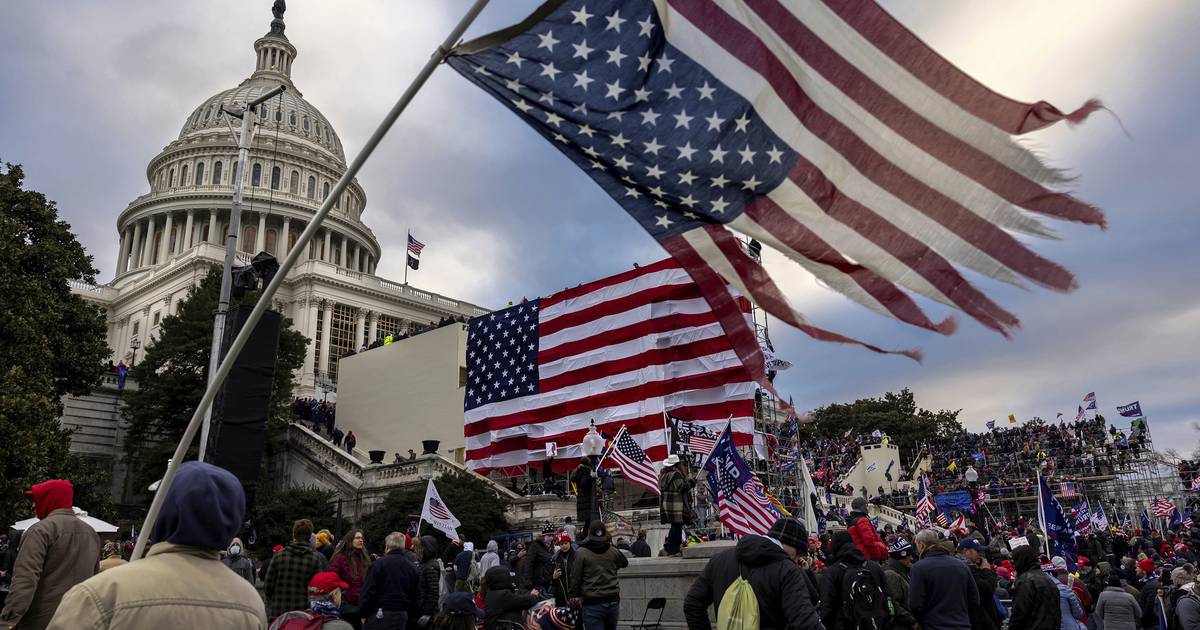 The world witnessed the stunning Jan. 6, 2021, breach of the US Capitol through live news reports and social media videos, which chronicled the unprecedented attack on American democracy.

After a yearlong investigation – including dozens of subpoenas and nearly 1,000 interviews – the House select committee will reveal its findings through a series of televised hearings, starting Thursday.

“We need to see this as an effort by our political leaders to have a conversation about what is threatening our democracy, and to have it as a national conversation,” said University of Chicago political science professor Robert Pape, director of the Chicago Project on Security and Threats.

His research team has found that the insurrectionist movement in the United States is far more prevalent and dangerous than anticipated, with volatile ideas moving out of fringe corners and into the mainstream – often propelled by politicians and media figures who have been incentivized to spread these messages .

Pape estimated that around 18 million to 21 million Americans “harbor the radical sentiments” that Joe Biden is an illegitimate president and that the use of force is justified to restore Donald Trump to the presidency, based on a series of surveys executed by NORC at the University of Chicago. About 3 million of the respondents with those viewpoints reported taking part in a protest in the last year, he said, indicating they are taking political action.

To Pape, it’s critical that the hearings be televised for a broad audience – and that the public pays attention.

“There is a tremendous amount of new information that is coming,” he said. “If we do not have mainstream, prime-time coverage of the issue, we are not doing enough to really deal with the fact that these ideas are in the mainstream.”

Here are five things to know about the Jan. 6, 2021, Capitol attack and the upcoming hearings:

1. The hearings are expected to air live on major television networks – with the exception of Fox News.

The first hearing is scheduled to go live at 7 pm Central time on Thursday and will air primetime on most major television networks.

One exception is Fox News, whose prime-time programs will cover the hearings “as news warrants,” according to the media company’s news release.

Illinois US Rep. Adam Kinzinger – one of two Republicans on the House select committee that’s investigating the Jan. 6 insurrection – called out Fox News on Twitter for not airing the full hearings live like other networks.

“If you work for @FoxNews and want to maintain your credibility as a journalist, now is a good time to speak out, or quit,” he wrote. “Enough is enough.”

The committee is also planning to livestream it on C-SPAN as well as its YouTube page.

The series of about a half-dozen hearings are expected to be complete by the end of June.

2. New details about the insurrection are expected.

The committee has said it will present “previously unseen material” documenting the Jan. 6 attack, calling it a “coordinated, multistep effort to overturn the 2020 presidential election.”

While the panel has not announced who is expected to testify, The Associated Press said it has been able to independently verify that witnesses will include British filmmaker Nick Quested, who recorded members of the far-right Proud Boys extremist group as they stormed the Capitol building , as well as Caroline Edwards, a US Capitol Police officer who was seriously injured in the attack.

3. The US Capitol breach has local ties. At least 30 Illinois residents have been charged so far in the Capitol breach, an ongoing investigation that prosecutors have called the largest criminal probe in the nation’s history.

A Chicago police officer was arrested in June 2021 for allegedly breaking into a Democratic senator’s office with the horde that stormed the building; he later texted a friend saying that he’d “knocked out a commie,” according to the federal criminal complaint. A selfie appeared to show him in the senator’s office, smiling and wearing a hoodie bearing the Chicago Police Department logo, according to court records.

Most local cases have involved simple trespassing and disorderly conduct. But 24-year-old James Robert Elliott of Aurora was charged in December with felony counts alleging assaulted officers with a flagpole while on the Capitol grounds illegally; Elliot has pleaded not guilty and the case is pending.

4. Many individuals arrested in the Capitol breach have been surprisingly “ordinary,” more like the average voter than fringe extremists.

Pape, the University of Chicago political scientist, published an analysis of hundreds of people charged in the incursion, and found the variety of Illinois defendants tended to match the national profile. He told the Tribune in January that those arrested often more closely resembled the average voter as opposed to violent, right-wing extremists.

“It shows us that this is not part of the fringe – this is part of mainstream America,” he had said.

Across the country, more than 800 individuals have been arrested in nearly all 50 states for crimes related to the Capitol breach, including more than 250 people charged with assaulting or impeding law enforcement, according to the U.S. Justice Department.

5. While some have compared the Jan. 6 hearings to the Watergate hearings of 1973, others caution that politics and the media are entirely different today.

For months in 1973, television networks aired the full, unedited Watergate hearings. The Watergate scandal ultimately prompted President Richard Nixon to resign. A Gallup poll indicated that 71% of Americans watched some of the hearings on television; after the hearings, the president’s approval rating plummeted.

But Jill Wine-Banks, who served as assistant Watergate special prosecutor for the obstruction of justice trial against Nixon’s top aides, said the political and media landscape are quite different today.

There was bipartisan support for the Watergate hearings, and different media outlets presented the same set of facts about the scandal, she said.

“It was also a time where justice prevailed and democracy prevailed,” said Wine-Banks, an MSNBC legal analyst who lives in the Chicago area.

She’s worried politics has become too partisan today and that the array of unchecked social media sites and prevalence of fake news can make it hard for the public to discern fact from fiction.

“We’re in a world of alternative reality,” she said.

She also criticized Fox’s decision to not air the hearings during prime time.

“This is news whether you like the outcome or not,” she said. “You have to worry about democracy if people can not get the news and judge for themselves.”