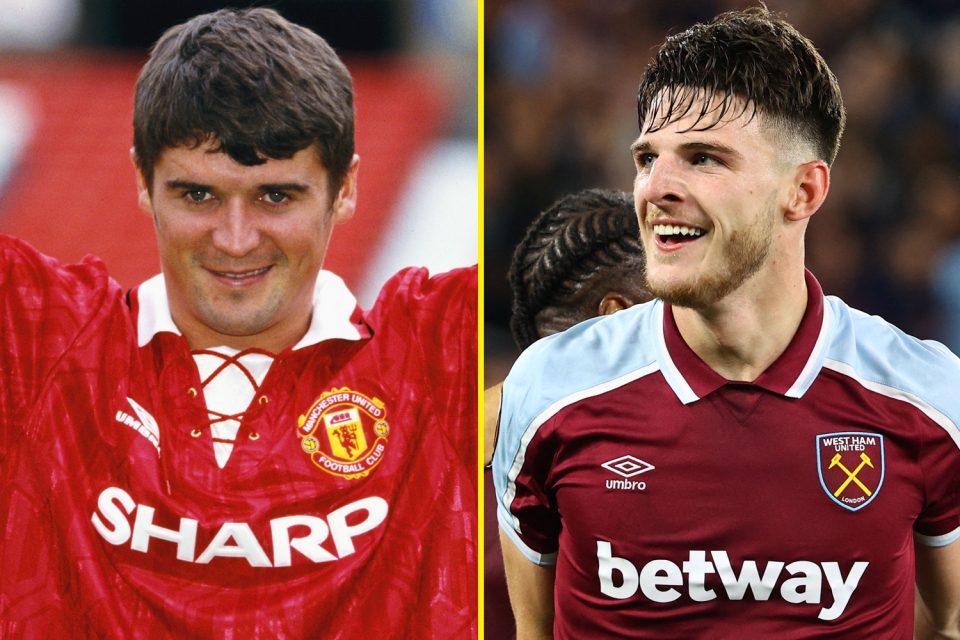 Former Liverpool defender Jamie Carragher has given West Ham star Declan Rice the ultimate praise, as he named the midfielder in his Premier League team of the season and compared him to two former Manchester United captains.

Rice has had another outstanding season for the Hammers, showing consistency and further development in his game as David Moyes’ side reached the Europa League final.

The 23-year-old has continued to be linked with a move to Manchester United, as per talkSPORT, so it might excite fans to hear Carragher compare Rice to Roy Keane and Bryan Robson. Not only are they considered two club legends, but the pair are also iconic captains in United’s remarkable history.

Check out the clip below as Carragher raves about Rice’s performances this season to suggest why the England international makes his Premier League Team of the Season for 2021/22.

Which one do you prefer? 🤔pic.twitter.com/fPOd593UHQ

Carragher praises his all-round game is explains why that makes him more of an old-style central midfielder, rather than being restricted to a holding one, which has earned him comparisons to two of the best when it came to that.


Rice is still considered one of the best defensive-minded midfielders in the Premier League and he keeps going from strength to strength. The only problem I see is that it will not be easy to get him out of West Ham because of the club’s ridiculous £ 150 million asking price.

Of course, that is just their way of pricing a star player out of a move, which is exactly what I believe they did to Rice last summer.

As much as I rate Rice and think he would be an excellent player for United, not just now but in the future, the club should be seeking alternative options and we’ve seen quite a few names do the rounds in recent months.

Ultimately, it will come down to Erik ten Hag when United start making moves for their transfer targets, but I do not think Rice will be moving to Old Trafford this summer.