James Cameron Q&A: ‘Avatar’ Remind Us of The Beauty of Nature Under Threat 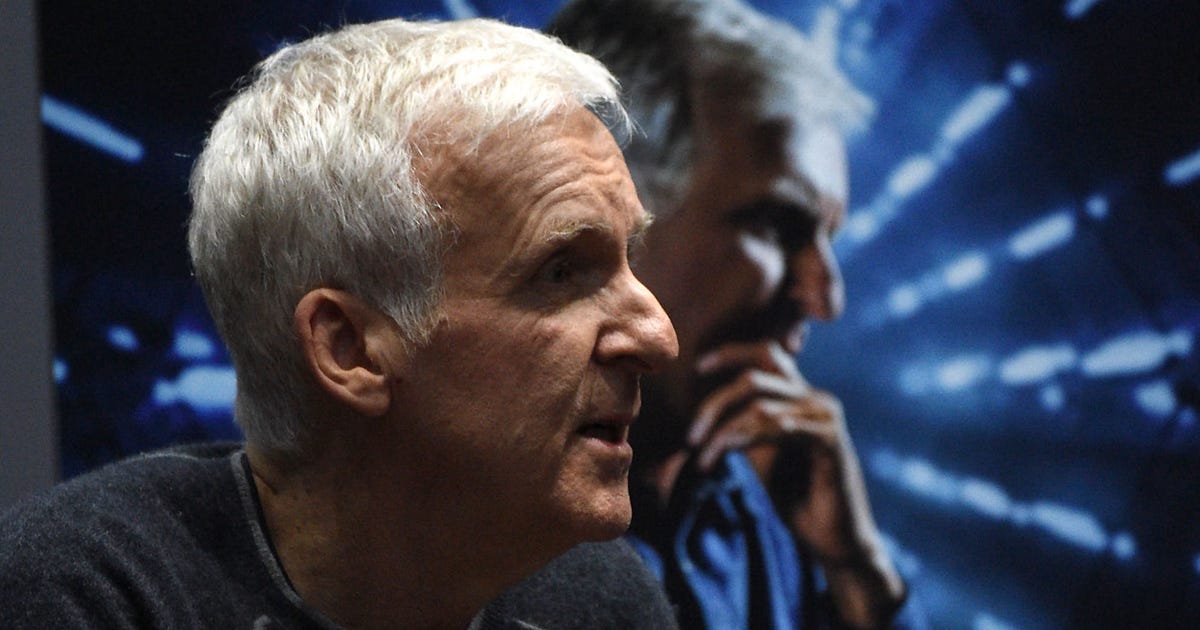 The second is a little movie series called Avatar.

Avatar 2: The Way of Water hits movie theaters on Dec. 16. As with the original movie, it uses cutting-edge filming techniques to knock your socks off with Imax-sized action. Super/Natural, produced by Cameron, also uses stunningly clever filming techniques to show you nature in jaw-dropping closeup. Diving deep beneath the waves or flying through the forest with drone cameras, the show focuses on the astonishing abilities of animals large and small. A nature documentary series and a sci-fi blockbuster may not seem to have much in common, but they both have one clear aim: to encourage you to care about nature again.

Cameron hopes both these fiction and nonfiction stories will encourage you to face the climate crisis threatening and destroying many species — including us humans.

I chatted with the 68-year-old Oscar-winning and box office record-breaking writer, director and documentary maker over Zoom from New Zealand, where he lives and works filming multiple Avatar sequels.

Why now for Super/Natural? Is there a particular breakthrough in the technology, or something that compelled you to make the show now?
Cameron: I’ve had a long history with National Geographic going back a couple decades now. I’m what they used to call an explorer-in-residence, which we all realized was an oxymoron, so we changed it to explorer-at-large. We’re constantly looking for new things to do together, and they were developing something we didn’t even have a title for at the time with Plimsoll, which is a big UK natural history production company [behind shows including Hostile Planet for Disney Plus and Night on Earth for Netflix]. When I read the outline about the amazing sensory apparatus of all these animals, and how that allows them to have all these different survival and mating strategies, I said, this is a superhero story! These are superpowers! That’s where the “Super” idea came from.

It seemed like an exciting way to use a lot of the new tech that was out there in terms of ultra low-light cameras, ultra high-speed cameras, things that are constantly being improved, and work with the top natural history photographers working in that macro world or underwater and so on, and put it all together into a really interesting new narrative or a new way to look at nature.

So on the Avatar films, we’re creating a fantasy world through which the viewer sort of perceives in 3D giant screen Imax a fantasy view of nature, but thematically underneath all that is this idea of the interconnectedness not only of nature with itself, but of us with nature, as inhabitants, as indigenous members of nature. So it occurred to me that this series has a lot of the same thematic elements philosophically, right? We see these intricately interconnected animal and plant systems that have that have evolved over millions of years. And we get this jaw-dropping sense of wonder. You may look at a squirrel or an owl and say, well, that’s a familiar animal.

In Avatar, we’re designing these fantasy animals so if we told you they could see in ultraviolet and fly around the world and do all these things you wouldn’t just shrug, right? But when you see that a squirrel can not only fly, but identify his pals in moonlight by the ultraviolet-reflecting surface of the undersides of their bodies, all of a sudden you’re looking at our world, our amazing world, in a whole different light, literally and conceptually.

Do you have a favorite innovation used in the show?
Cameron: The way they were using the racer drones to fly through the forest and move with the animals, it was really combining bits of tech that are advancing. You’ve got the high-speed cameras [which] are getting smaller. You’ve got probe lenses, now the optics are getting better. And by using different coatings they can make them sensitive to ultraviolet, which people weren’t necessarily looking at, or infrared and so on. Ultra low-light cameras have always been of interest to me because in the deep ocean there’s no light. If you want to see the bioluminescence and you want to see the strategies deep-ocean animals use around vision, some of them have eyes this big because there’s so few photons down there. [You need] low-light cameras and high-speed photography. We love that.

We’re getting up to very, very high frame rates, watching a stonefish take its prey in 16 milliseconds. It’s so fast you can’t even see it with your eye. But then we’re able to slow it down to extend our human perception. Our superpower is that we use technology to look at all the spectra and all the sound frequencies that animals use. They had to do it the hard way through millions of years of evolution. We’re able to do it in a much shorter cycle of of tech evolution.

How do you hope to influence viewers’ attitudes to the environment?
Cameron: I think the goal of either of my major projects right now, Super/Natural or Avatar: The Way of Water, is to remind us how important nature is to us, and put us back into that kind of childlike perspective where we have this sense of wonder and connection to nature. Kids feel connected to nature. They’ll go out, they’ll come back filthy, they’ll come back having caught things and played with them and studied them. All kids are natural historians, natural scientists, and then they leave it behind and we move on and we live in an increasing state of nature deficit disorder.

So a film like this re-creates that connection, that childlike sense of wonder, by showing us things we take for granted. That owl is doing very, very interesting things, or a spider or a lizard that’s got its own scuba system. That’s pretty cool. We engage with something that people didn’t know, because people are innately curious. We engage through a narrator, Benedict Cumberbatch, who not only narrates it, but he kind of acts it. He puts a little swerve on literally every single line.

We took that as a challenge to write it in a way that put you inside the head of these animals that are just trying to survive, whether from the predator perspective or from the prey perspective, or from a family perspective, how they preserve their bloodlines. We have an episode called bloodlines. It’s about parenting, essentially — how do you keep your kids alive?

That episode mentions that an increasing danger to young elephants is dehydration as their environment heats up, which really struck me. Do you think the climate crisis has become more urgent and attitudes to climate change have changed, especially 10 years since the first Avatar? Are you hoping that viewers will respond to this series and to the Avatar films with increased urgency over the next few years?
Cameron: Well, I would like to think that they see it as entertainment first, and a kind of a moral, philosophical message second. We focus more on the on the oceans in The Way of Water, so greenhouse gases are also carbonizing the ocean and threatening a lot of species and upsetting ecosystems. But the message is sort of between the lines. The message in Super/Natural is between the lines, too — we want you to have a new connection with nature because you’re not going to defend or fight for what you don’t love and respect, right? Jacques Cousteau established that principle back in the ’60s with his specials.

We do a lot of things as the human species that are really deleterious to these fragile ecosystems. A lot of the animals we’re seeing and enjoying and learning from in our series are at risk. They’re under threat.

And by the way, the human species is at risk and under threat. Potentially even an existential threat if you go out far enough, a couple hundred years or so. Maybe even sooner.

I think we’re also in this state of being more aware but also being more in denial. We’re definitely not changing fast enough. Certainly people of conscience are reining in, or buying electric cars. Maybe they’re starting to vote for people that actually care about this stuff, for a change, after an appalling period where that didn’t happen. But it’s not happening fast enough. So we’ve got to double down or triple down on what we’re doing to head off this catastrophe.

I think everybody knows it, but they just don’t want to think about it. So you can’t come straight at it. We’re not making documentaries about climate change — we’re making documentaries about nature. I’m making a fictional story about nature [with Avatar], working on the social consciousness in a different way. Not with warnings and cajoling, but by showing the beauty. Showing the connection.

New Movies Coming in 2023 From Marvel, Netflix, DC and More

2023’s Best TV and Streaming Shows You Can’t Miss on Netflix, HBO, Disney Plus and More