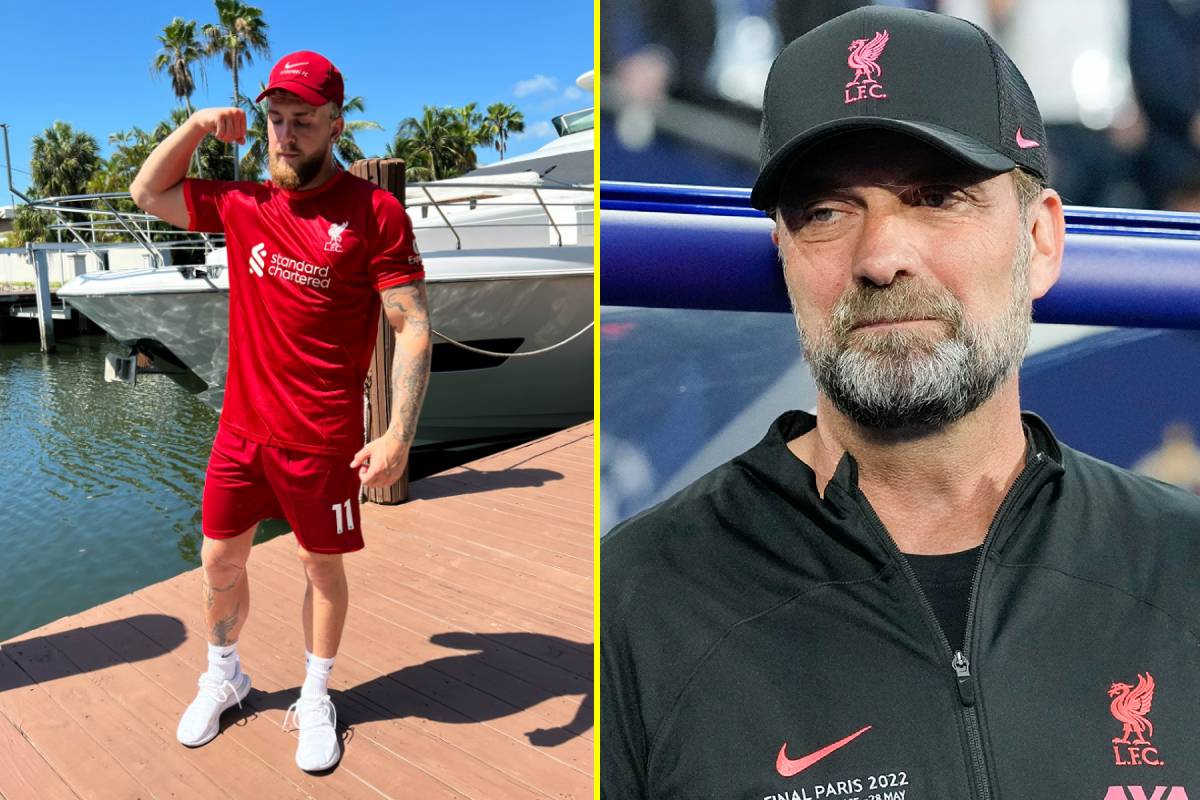 Jake Paul has predicted that Liverpool will win the Premier League as he tweeted his forecast for the division’s top ten ahead of the start of the Reds’ 2022/23 campaign.

Jurgen Klopp’s men began their season at Fulham on Saturday, prompting the YouTuber-turned-boxer to make his predictions public.

Jake, who has professed himself to be a Liverpool supporter in the past, has backed his side to finish on top.

He believes Manchester City will fail to make it three title wins in a row and instead finish second in 2022/23.

In something of a surprise, Jake has rounded out his top four with Tottenham in third and Manchester United in fourth.

He then placed Chelsea fifth and Arsenal sixth, predicting that both London giants will miss out on Champions League qualification.

From there, the American has picked West Ham to finish seventh and Aston Villa to come eighth.

And he completed his top ten with Newcastle in ninth and Leicester tenth.

Time for the Reds. #FULL LIFE. My prediction for this season:

It read: “Disclaimer: Only thing I know with 100 per cent certainty is Liverpool is better than Arsenal.”

This appeared to be a subtle at his bitter rival KSI.

The Brit has teamed up with Jake’s brother Logan Paul to launch a drinks company – PRIME.

Arsenal – the club KSI has supported since he was a boy – recently announced PRIME as their new official drink, replacing Gatorade.

It appears Jake now intends to take his rivalry with KSI onto the pitch as well.

Offers Of The Weekend

Paddy Power: Bet £5 via the talkSPORT EDGE app with Paddy Power and get a £5 free bet – available to all customers* – CLAIM HERE

Bet365: Open account offer. Bet £10 & Get £50 in Free Bets for new customers at bet365. My deposit requirement. Free Bets are paid as Bet Credits and are available for use upon settlement of qualifying bets. My odds, bet and payment method exclusions apply. Returns exclude Bet Credits stake. Time limits and T&Cs apply 18+ Begambleaware.org

Paddy Power: Place a £5 Sportsbook Bet through the talkSPORT EDGE app between the 1st and 31st August. Get a £5 free bet on the next Monday after your qualifying bet. T&C’s apply. 18+ Begambleaware.org