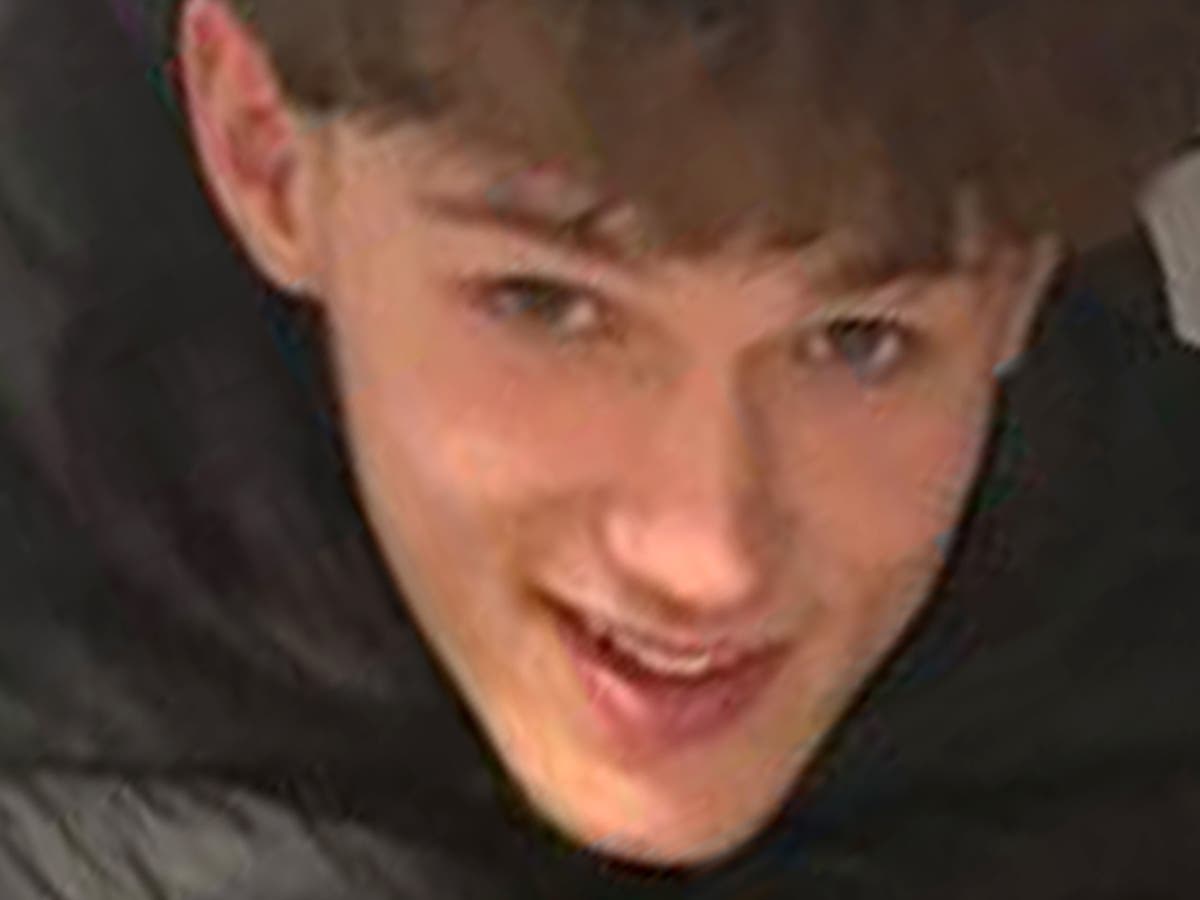 A mother whose teenage son was murdered has recalled the moment she was stopped from holding his hand because his body was to be used as evidence.

Zoe McGill saw 18-year-old Jack Woodley’s nearly lifeless body in hospital after he was attacked by a gang of 10 teenagers while returning home from a funfair in October last year.

He was fatally stabbed after being “surrounded and isolated” by the group of then 14 to 17-year-olds who chased him down an alleyway in Houghton le Spring, Sunderland.

Recalling that night, Ms McGill said: “When we walked into the ICU unit, it wasn’t my son.

“It was like looking at someone else. He was bloated from all the treatment he’d had. We went to hold his hand and we were stopped because he was evidence.”

Nurses eventually arrived with gloves and a gown for his mother to wear in order for her to hold his hand.

Jack – who was punched, kicked, stamped on and stabbed with a 25cm “Rambo style” knife during the attack on 16 October – died in theater during a second operation to save his life.

Prosecutors said the group had gone out “looking for serious trouble that day” and tried to “create conflict” with Mr Woodley at the festival as they “looked for any excuse to attack someone”.

On Friday, the 15-year-old who inflicted the fatal wound by stabbing Mr Woodley in the back was detained for a minimum of 17 years.

Judge Rodney Jameson QC sentenced the other nine defendants, aged between 14 and 18, to minimum terms of between eight and 15 years’ detention.

He told them that if they are then released, they will remain on license for the rest of their lives.

The total minimum terms for all the defendants adds up to 124 years and six months.

Nine of the youths, who cannot be named for legal reasons, had denied murder and manslaughter.

One pleaded guilty to manslaughter, admitting he stabbed Mr Woodley but denying he intended to kill him, Newcastle Crown Court heard.

At the start of the trial in March, prosecutor Mark McKone QC said that while only one youth stabbed Mr Woodley, the other nine were guilty due to “the concept of joint enterprise”.

A jury convicted all 10 defendants of murder in June.

Nine of them intend to appeal against their convictions, the Crown Prosecution Service confirmed this week.

Sentencing the group, the judge said: “No sentence can restore Jack to his family and loved ones, or reduce the pain they will endure now and in the future.

“It may seem unfair that you will be able to live at liberty while still young men, while Jack cannot because of what you did.”

Following the court’s judgment, footage of an ON TV interview between reporter Gregg Easteal and detective chief inspector Joanne Brooks of Northumbria Police was released.

At one point, the officer recalled seeing the CCTV footage of Jack’s murder for the first time, during which the group of teenagers responsible for the 18-year-old’s murder can be heard saying the words “get the chopper out” several times before his fatal stabbing

She said: “These children were going into a fight knowing they have a knife. The words ‘get the chopper’ sounded more like an order – it was really quite shocking.”

“It wasn’t just the knife, one of the youths had a knuckleduster – they were quite happy to use them and were happy to attack someone.”

Judge Jameson said Mr Woodley had been due to start a job the Monday after he was attacked and was on the way to pick up keys for a new flat, saying he had “much to look forward to”.

He said the group had attacked Mr Woodley “solely for the excitement and pleasure of inflicting serious injury on an entirely innocent and randomly selected stranger”.

The judge told the defendants the violence inflicted on Mr Woodley “though short-lived, was appalling” and all of them “played a part in causing Jack’s death”.

He said six of the teenagers had given evidence during the trial, but none “was prepared to tell the truth about what the others did”.

He told them: “You decided to put the interests of yourself and your co-defendants before those of Jack and his family. You did everything you could to deny them justice.

“I’m sure you do regret what happened for many reasons, but regret is not remorse.”

Judge Jameson told the teenager who stabbed Mr Woodley: “I have concluded that you intended to kill when you inflicted the second stab wound. I accept that intention may have been formed in the heat of the moment.

“It is, however, that sort of escalation that can occur when violence is carried out mob-handed and when armed with a deadly knife.”

During the trial, Mr McKone said Mr Woodley was leaving the Houghton Feast funfair when the defendants, whom he did not know, “surrounded and isolated” him.

One of the teenagers first put Mr Woodley in a headlock and punched him, before the others “joined in”, the court heard. Jurors were told one of them was heard shouting “get the chopper” – referring to the knife – in mobile phone footage of the incident.

With additional reporting from the Press Association