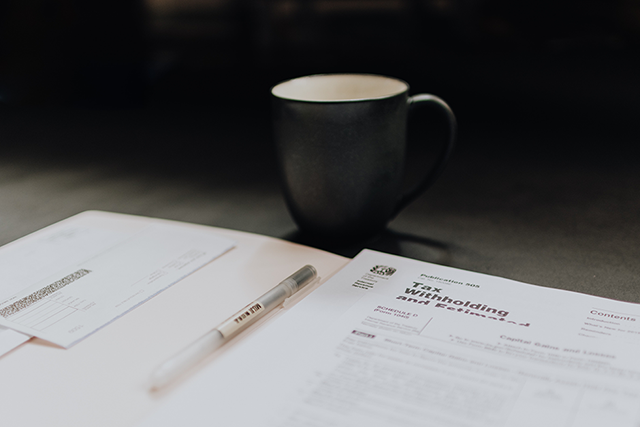 With Minnesota sitting on a projected $ 9.25 billion surplus and the state bearing the fifth highest in the nation, 9.85 percent, it’s appropriate to consider an old proposal that is resurfacing. It’s the flat tax rate, and as the April 15th income tax filing deadline looms, the timing couldn’t be better.

The concept has been around for a while, but it attracted most attention at the Federal level, when advocated by Republican presidential candidate Steve Forbes, the son of the business magazine publisher, Malcolm Forbes, in a pair of his unsuccessful runs for the presidency. Similar to most single-issue candidates, he did not gain much traction.

However, his flat tax idea, which would have everyone paying Federal income taxes at the same rate, attracted a lot of attention before his campaigns withered and his concept died with them.

Now, more than two decades later, the idea has arisen like Lazarus and is back in play, as some 13 states have jumped on the bandwagon already with respect to their state income taxes. It’s worthy of consideration here in “Minnesotax,” too.

The uniform rate is at the heart of the proposition, but there are further features in the arrangement. While compressing the tax rate from high to low into a single middle level percentage, the proposal also would eliminate nearly all deductions, while boosting the standard exemption. That’s what most of the baker’s dozen of states have done, and a few others are contemplating.

At first blush, it seems that the proposal would disproportionately benefit wealthy taxpayers, those whose rates hover at or near the top levels. While that is true, to some extent, the proponents do not apologize for that disparity; rather, they point out that the overall impact is to lower taxes for the vast bulk of taxpayers, some 75 percent or more in the jurisdictions that have gone flat.

In Georgia, the latest state to join the flat tax crowd, about 95 percent of taxpayers will see a reduction in their taxes due to the combination of the lower, uniform rate of 5.25 percent, and one-half a percent below the current top rate or 5.75 percent. The previous state to do so, neighboring Iowa, has opted for a flat tax of 3.9 percent this winter during the legislative session.

But the reduction for most taxpayers is deceptive. While the flat rate benefits most taxpayers, its advantages are disproportionate, with the tax reduction much greater for those in the top brackets. Simply put, with a flat tax most people pay lower income taxes, but the most affluent benefit the greatest.

Yet, this alone ought not deter considering it or some variant.

Minnesota’s four tax rate brackets, ranging from a low of 5.3 percent for individuals earning up to $ 27,230, somewhat greater for joint filing married couples, to that nearly 10 percent top level for individual incomes at or above $ 227,600 are among the highest in the nation. The only states with higher rates at the top levels are California, Hawaii, New York, Oregon and New Jersey, plus the District of Columbia. But some other jurisdictions exceed Minnesota’s tax burden when all taxes, fees and other revenue-raising devices are taken into account.

An additional benefit of a flat tax is simplification of the process, making it easier and less costly – and with reduced stress – for tax filing, although it probably puts a number of tax advisers, planners and preparers out of work.

But that facilitation might be offset by a drawback and it might diminish donations to organizations like religious organization, non-profits and the arts, among others, which rely on those contributions, which are encouraged by being tax deductible. However, that indulgence has been limited by federal tax law limitations imposing caps on those deductions.

One impetus for the growing crowd of flat tax states is competition among the various jurisdictions. Those with lower rates tend to attract more new individuals, as well as businesses; a factor that can not be overlooked when taking into account in surrounding jurisdictions, like Iowa, a uniform rate was adopted this year, the 12th state to do so before Georgia jumped aboard.

The flat rate devices comes with other whistles and bells, too. For instance, in Georgia, the most recent convert, retirement income, a bane to older individuals, was given favorable treatment by deduction for the first $ 65,000 of from state taxes, a touchy topic here in Minnesota, where retirement income is taxed in full. Additionally, the Georgia package also includes a $ 250 tax rebate to taxpayers for the past two years, another topic that has been the subject of discussion in Minnesota advocated by some Republicans in the legislature, reminiscent of the process invoked by Gov. Jesse Ventura some two decades ago when the state also was sitting on a large cash pile.

With the legislative time clock running down, and Minnesota, with DFL control of the House of Representatives, along with Gov. Tim Walz, the state will not consider undertaking this type of tax rearrangement this year. But that should not foreclose its consideration in the future.

The flat tax rate, while scorned and then ignored, remains a topic whose time may have come.

The states, as Supreme Court Justice Louis Brandeis famously observed, are “the laboratories of democracy.” It might behoove Minnesota to join the experimentation with a flat tax.

Marshall H. Tanick is an employment and Constitutional law attorney with the Twin Cities Law firm of Meyer Njus Tanick.

Want to add your voice?

If you’re interested in joining the discussion, add your voice to the Comment section below – or consider writing a letter or a longer-form Community Voices commentary. (For more information about Community Voices, see our Submission Guidelines.)