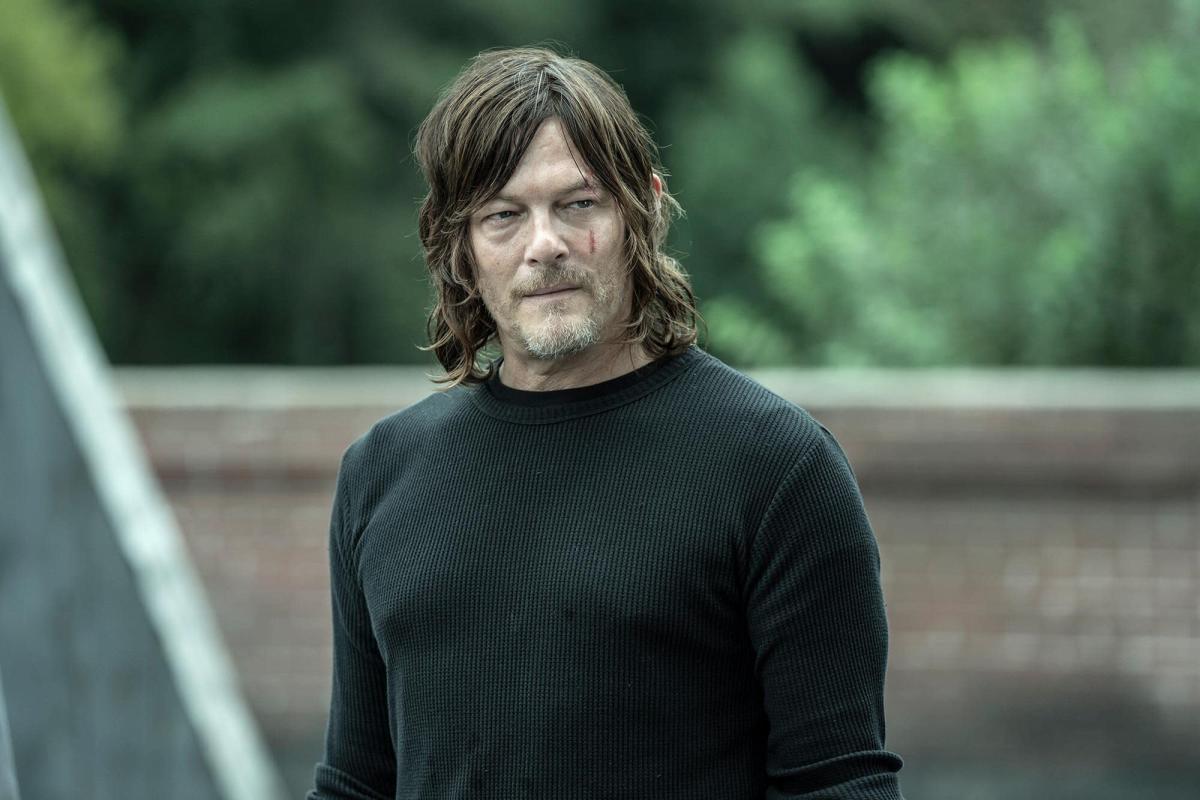 It’s been just about 12 years since the cast of The Walking Dead first assembled in Atlanta to film the pilot episode of what would become AMC’s hit zombie drama, based on the comics from writer Robert Kirkman and artist Tony Moore. On Wednesday, series star Norman Reedus, who’s been with the show since the beginning, marked the last day of filming the final season.

Franchise executive producer Greg Nicotero shared a video he took on location of Reedus hugging it out with him as they swrapped the last episode of the expanded season 11.

“Love you, buddy,” Reedus told Nicotero. “Thank you for everything. It’s been a real joy.”

“Remember when we were babies and we started this show? I had short hair,” Nicotero remarked.

“I feel like my entire brain is short-circuiting right now. I can not really wrap my head around this,” Reedus said, adding how he’s probably going to be “on a bathroom floor with a martini in tears” in about 12 hours.

The Walking Dead first premiered on AMC in October 2010 and has since spawned 11 seasons, making stars out of most of the principal cast, including Reedus, Andrew Lincoln, Melissa McBride, Lauren Cohan, Steven Yeun, and Danai Gurira.

Reedus had suffered a concussion on the set of The Walking Dead‘s final season earlier this month, but his publicist told EW at the time he was “recovering well.” The actor then returned to work a little over a week later.

While it may be sad for fans to say goodbye to the long-running show – and a relief to others who argue it should’ve ended much sooner – The Walking Dead is a like a hydra: cut off one head and three more will grow in its place.

Reedus is coming back to star opposite McBride in a Daryl-Carol spin-off series, while Cohan and Jeffrey Dean Morgan are starring in a different New York set Walking Dead show. There’s Tales of the Walking Deadan upcoming anthology series that will see new and familiar faces in the Dead-verse popping up. Then, of course, there’s Fear the Walking Dead, which is still going. And what about those movies we were promised once upon a time?

The Walking Dead proper, meanwhile, still has some life in it. The second of three parts of the final season is currently airing weekly Sundays on AMC. There’s still plenty of secrets to be unearthed at the Commonwealth, but it’s safe to say Daryl, Carol, Maggie, and Negan will be surviving – given their own shows are in development.

Still, watch the video above and get nostalgic for the early days.