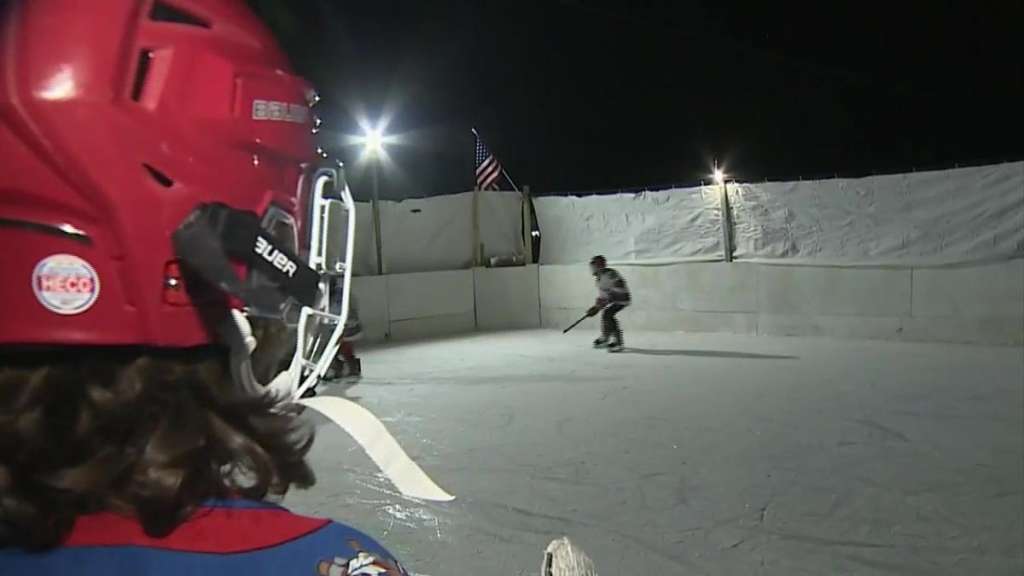 TEWKSBURY, MASSES. (WHDH) – A biting cold night was spent on the ice in Tewksbury, where a group of children challenged a group of police officers to a friendly competition.

Wednesday night’s fight was made possible by the Tewksbury Police Department after sending a call on social media to find the best backyard pitch in town in hopes of a fight between some police officers and youth players.

“We’re always looking for creative ways to interact with society,” said Chief Ryan Columbus. “We threw it out there without knowing what kind of response we would get.”

Suggestions poured in for Brian Abruzzi’s setup on Sunset Drive. He has been creating the beautiful backyard courtyard since Thanksgiving and dedicating it to his grandmother, Mary R. Fontana.

“If you build something like that, you just want to see it get used, right? So that’s great. That’s why we do it,” he said.

The matchup itself was not lacking in pomp or circumstance. The national anthem was played beforehand, and insane images snapped throughout.

As the lineup changed so everyone could get their chance to play, family members and friends stood sipping cocoa, warming up by the fire and hosting an event that meant so much to these kids.

“I was looking forward to it because I’ve never played police and it was special to be outside,” Justin Harrington said.

“It was a great experience. Something I’ve never done before and it was a lot of fun,” said Owen Sovie.

This evening was just as effective for the officers who got the chance to lace up their skates, instead of putting on their uniforms to celebrate the city they are proud to serve.

(Copyright (c) 2022 Sunbeam Television. All rights reserved. This material may not be published, broadcast, rewritten or redistributed.)