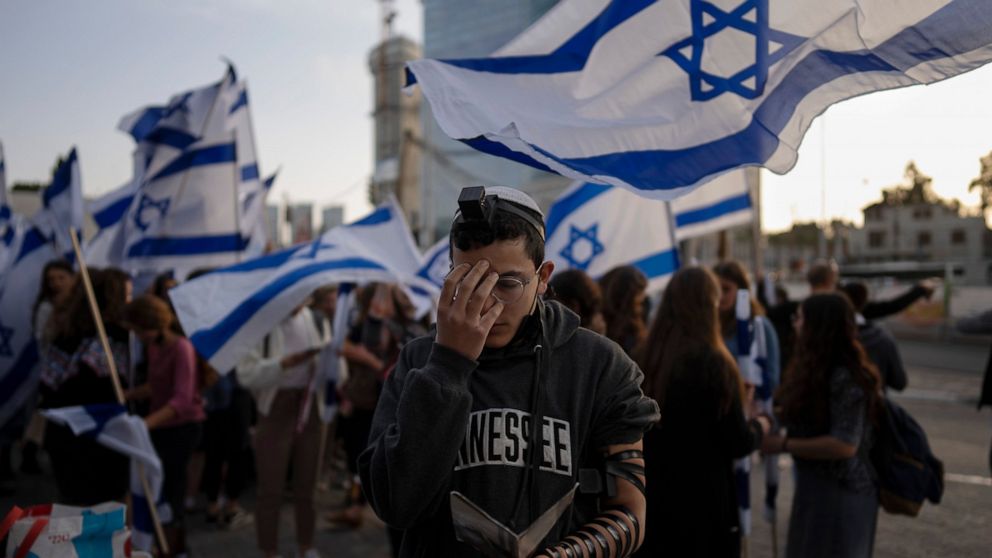 Israeli forces have raided a refugee camp in the occupied West Bank, setting off a gun battle

JERUSALEM – Israeli forces raided a refugee camp in the occupied West Bank early Thursday, setting off a gun battle in which two Palestinians were killed and 15 were wounded, the Palestinian Health Ministry said.

In a separate incident, a Palestinian stabbed a 28-year-old Israeli man on a bus in the West Bank before being killed by a bystander, the Israeli military said. The Magen David Adom emergency service said the stabbing victim was treated and taken to a hospital.

Videos circulated online showed smoke rising from the center of the Jenin refugee camp as gunfire echoed in the background. Others appeared to show Israeli soldiers and Palestinian gunmen moving through the narrow streets.

The raid came two days after a Palestinian from a village near Jenin shot and killed five people in central Israel, part of a wave of attacks in recent days that have left a total of 11 people dead.

The Israeli military said troops came under fire after entering Jenin to arrest suspects. It said one soldier was wounded and evacuated to a hospital for treatment.

The Jenin refugee camp was the scene of one of the deadliest battles of the second Palestinian intifada, or uprising. In April 2002, Israeli forces fought Palestinian militants in the camp for nearly three weeks. Twenty-three Israeli soldiers and at least 52 Palestinians, including civilians, were killed, according to the UN

The Palestinian Authority, which administers parts of the occupied West Bank and coordinates with Israel on security matters, appears to have had little control over Jenin in recent years. Israeli forces operating in and around the city and refugee camp often come under fire.

The Islamic Jihad militant group announced a “general mobilization” of its fighters after Thursday’s raid.

In Tuesday’s attack, a 27-year-old Palestinian from the West Bank village of Yabad, near Jenin, methodically gunned down victims, killing five. On Sunday night, a shooting attack by two Islamic State sympathizers in the central city of Hadera killed two police officers. Last week, a combined car-ramming and stabbing attack in the southern city of Beersheba – also by an attacker inspired by IS – killed four. The two attacks claimed by IS were carried out by Arab citizens of Israel.

President Joe Biden spoke with Israeli Prime Minister Naftali Bennett on Wednesday. Biden expressed his condolences after the recent attacks and said the US “stands firmly and resolutely with Israel in the face of this terrorist threat and all threats to the state of Israel,” the White House said.

The recent wave of violence has brought the Palestinian issue back to the fore at a time when Israel is focused on building alliances with Arab states against Iran. There have been no serious Israeli-Palestinian peace talks in more than a decade, and Bennett is opposed to Palestinian statehood.

Israeli, Jordanian and Palestinian leaders have held a flurry of meetings in recent weeks, and Israel has announced a series of goodwill gestures, in an effort to maintain calm ahead of the Muslim holy month of Ramadan, which begins this weekend.

They hope to avoid a repeat of last year, when clashes in Jerusalem set off an 11-day Gaza war, but recent attacks have sent tensions soaring. After a Security Cabinet meeting late Wednesday, Israel nevertheless decided to carry on with plans to ease restrictions on Palestinians in the occupied West Bank and Gaza.

Israel withdrew from Gaza in 2005, and the Palestinian militant group Hamas seized power there two years later. Since then, Israel and Hamas have fought four wars and Israel and Egypt have maintained a blockade on the territory, which is home to more than 2 million Palestinians.