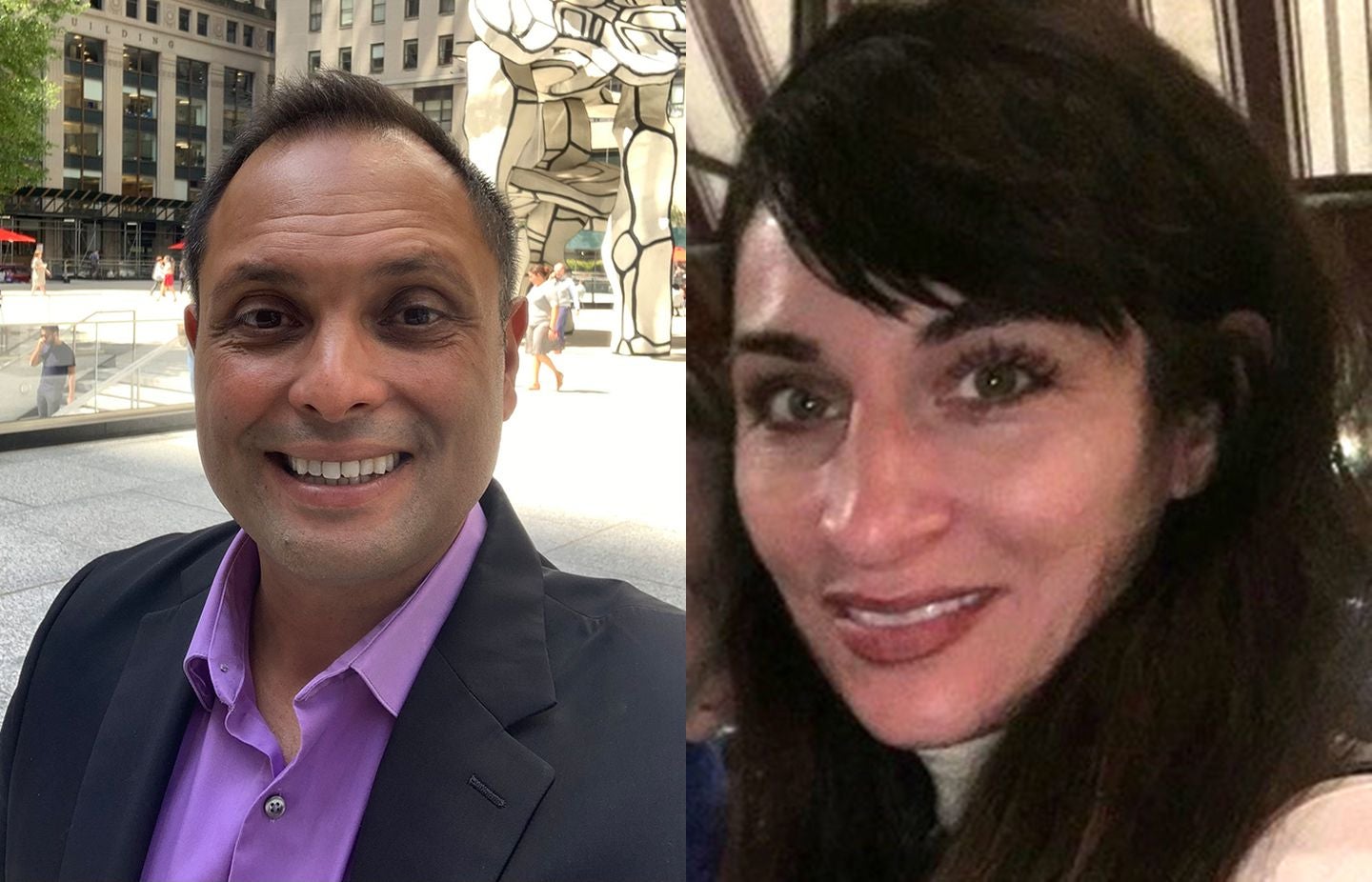 Two lovebirds in the latest “Dinner with Cupid” column from The Boston Globe may be evidence that Boston, if there are any doubters out there after two long, pandemic-worn years, still has a lot of heart.

As readers of the longtime Globe staple may know, sparks do not always fly when the newspaper sets up two people on a blind date. (And for those not keeping score, “Dinner with Cupid” meet-ups have so far been 0-for in the marriage box score.)

A match made in heaven is indeed hard to come by.

But maybe not for Lisa K. and Frank D., Cupid’s latest dinner dates who shared a meal recently at Barcelona Wine Bar in Brookline, where by the sound it, there were no sparks, but instead, a roaring fire.

“When Lisa started walking toward my table, I was whispering a prayer to God hoping she was my date,” Frank, a 57-year-old social entrepreneur, told the Globe afterward. “She was stunningly beautiful, and I felt that everything was moving in slow motion as she hugged me.”

“It seemed that the Globe had peered into my heart and pulled Lisa out of a hat, ”he added.

And Lisa said she was able to spot Frank immediately.

“He had a relaxed energy, and a beautiful smile,” the 43-year-old graduate student and lifelong dancer said. “At first sight, I knew this guy was amazing.”

From there, conversation came naturally – and it went deep.

“I do not enjoy small talk and neither does Lisa. We talked about things that mattered to us, ”Frank recalled, adding at one point that being with Lisa,“ felt miraculous to me. ”

Lisa, who immediately felt at ease with Frank, too, said the experience “felt like we were in a sustained dreamscape.”

“We were so aligned in so many ways,” she said. “It was hard to believe.”

The two apparently both grew up somewhere north of Boston, only minutes away from each other.

“Frank is quite possibly the person I have more in common with than anyone else on the planet – we aligned on so many levels,” Lisa said. “Completely random ones, too. He’s an incredibly impressive man. ”

Frank shed some light on their similarities: “We are both artists – we have a deeply passionate and soulful approach to our work. Lisa was a professional ballerina. She lived in Paris and toured with a dance troupe. I lived in Rome (the Vatican) because I was studying to be a priest during my young adulthood. ”

Throughout the night, Frank said he “felt a deep connection” to Lisa.

“I thought it was crazy to have these types of feelings on the first date but they were there,” he said.

And apparently those feelings are quite strong.

“As crazy as this sounds, I’m coming to the second date with an engagement ring,” he said.

Both told the Globe each did not want the night to end. Both gave the date high marks: An A + from Lisa and an A from Frank.

Readers reveled in the glow of it all, and no doubt, Lisa and Frank earned a few fans who are now rooting for them.

“Wow – how fun to read an account of such an unusually happy connection!” one commenter wrote.

Another penned: “This is great – and rare. ‘Falling’ in love is usually at least a little more slo-mo protracted than this. I’m pulling for them to make it past their respective warts waiting to emerge. ”

So what’s going on here? Is this love at first sight?

Meredith Goldstein, of Boston.com’s “Love Letters,” said she was particularly struck by the optimism both Frank and Lisa brought to the table.

“To show up with all the best of intentions, and a mindset of this could be amazing, right? That was what was so unique, ”Goldstein said.

“The thing I took away from this was what if everybody showed up to dates with optimism, and the generosity of like, even if this does not turn out to be a match, I will sort of have a unique experience with another human, She added.

For “Dinner with Cupid,” participants walk into an experience that will eventually be on full view for anyone to digest, and therefore risk public rejection, Goldstein noted. There’s a part of the exercise that may leave some to be more guarded than how they may act on other dates.

But it appears Frank and Lisa were open to the experience and “were very willing to see wonderful things about each other,” Goldstein said.

Part of that, Goldstein surmised, may be because of where each is at in their stages of life – that they’re both at a place where they know what they’re looking for and are willing to have direct conversations about what they’re after.

And whether you believe in love at first sight or not, an incredible first date can happen.

So is there any advice for how two eager lovebirds move forward?

And for those of us following along: If you’re listening Cupid, can we please have a follow-up on these two?

“If this does turn into a marriage, ‘Dinner with Cupid’ is still trailing” Love Letters, “joked Goldstein, whose own column can boast at least two marriages with origins in its comment section alone. “So you know, good for them. But they still need to catch up. ”