Is It Time For Tom Brady To Retire Again? 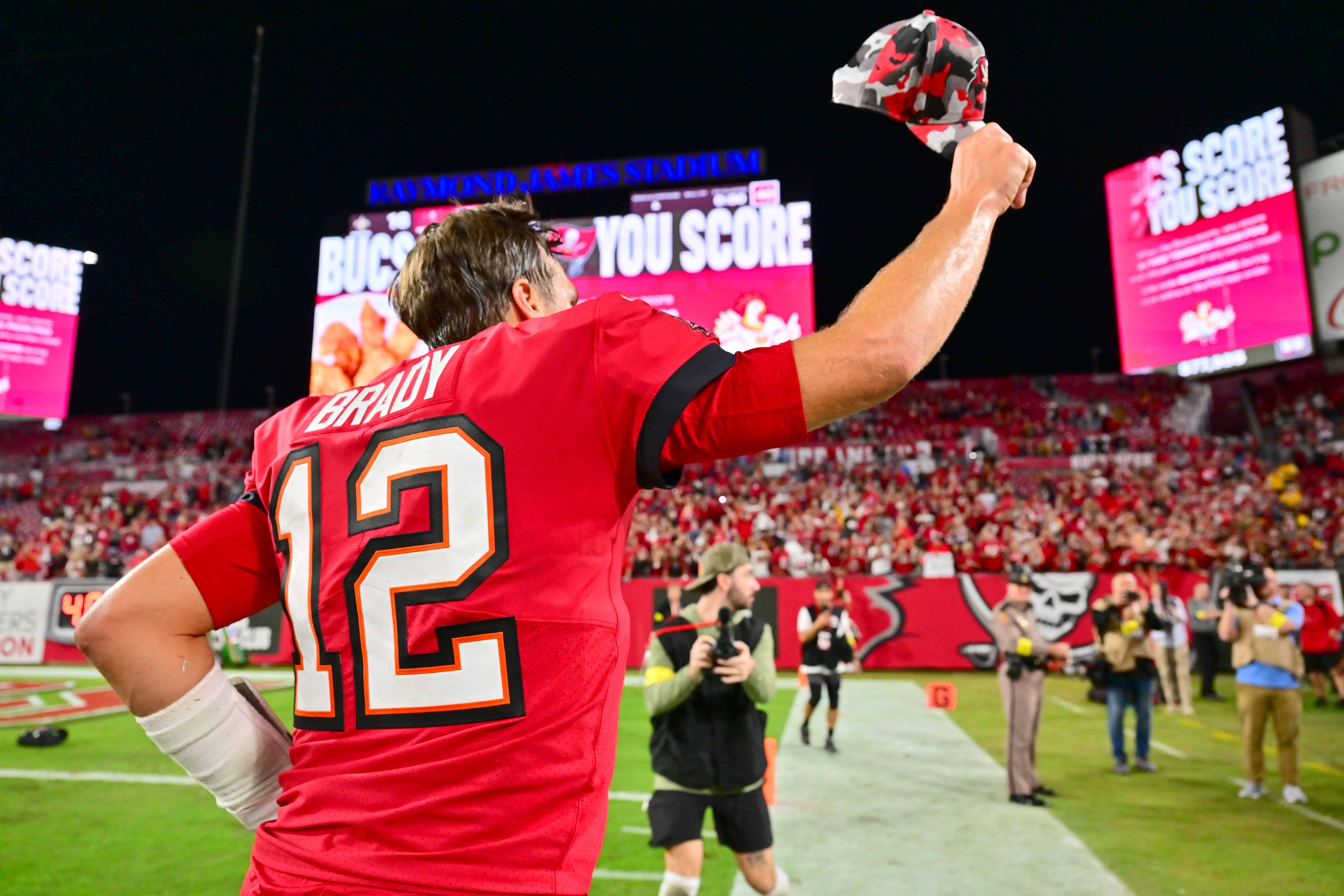 Sunday afternoon was not the best for Tom Brady and the Tampa Bay Buccaneers.

His 35-7 loss to the San Francisco 49ers saw some history made, and not in his favor.

While the 45-year-old quarterback came out of retirement to win another Super Bowl, his season hasn’t been Super Bowl-worthy.

However, does this mean he needs to retire again?

In his 23-year NFL career, no quarterback has gotten the best of Brady in their first NFL career start.

However, that streak ended against Brock Purdy.

Brock Purdy is the first QB to defeat Tom Brady in his first NFL start. pic.twitter.com/LZrt03FIkQ

While the loss to the rookie quarterback can humble the G.O.A.T., something else can humble him as well.

During the game on Sunday, Brady threw two interceptions.

However, one of those interceptions by Dre Greenlaw saw him going to Brady and asking him for his autograph.

After the 35-7 loss to the #49ers, Tom Brady stayed around to talk with the Niners defenders and signed Dre Greenlaw’s ball, the one he picked him off with.

“Please, could you sign the ball?”, “You’re the greatest ever. It’s an honor for us, for real.”pic.twitter.com/gkhMfSf56V

With the younger generation looking up to Brady, it’s a humbling experience for the seven-time Super Bowl champion.

But it could also mean it is time for him to pass the torch to someone else, as his time in the league has seen him dominate the NFL.

Brady Is A Legend, No Matter When He Retires

With Brady holding many NFL records as a player, he will forever be a legend in the NFL.

However, this season is seeing him having a year with mixed results.

While this has been one of his better years for interceptions, he’s having a hard time scoring touchdowns.

He’s also missing open receivers, something he isn’t accustomed to during his career.

While he’s still the G.O.A.T., now might be the time to retire.


Microsoft is dropping support for Authenticator on Apple Watch