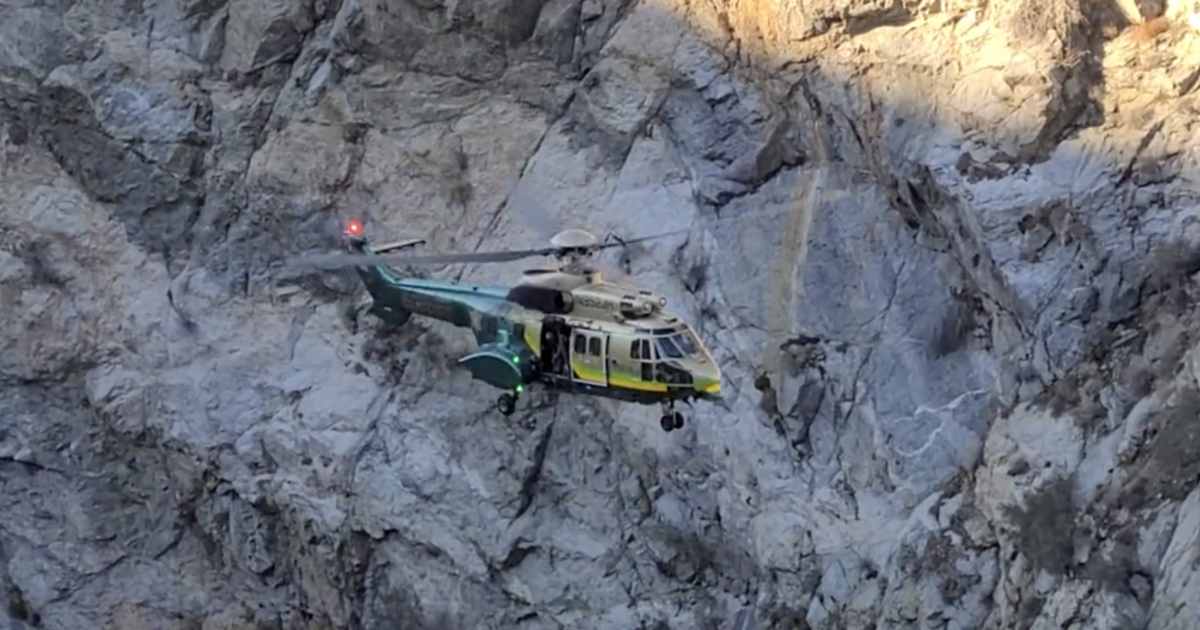 Apple’s Emergency SOS feature may have saved two stranded people this week after their car veered off the road while traveling through the Angeles National Forest, officials said.

The car accident at around 1:55 p.m. local time on Tuesday sent the vehicle over the side of a mountain and left both the driver and passenger trapped in an isolated canyon, where neither had cell phone service, according to the Montrose Search & Rescue Team. Crews from that team, as well as the Los Angeles County Fire Department and Special Enforcement Bureau, were ultimately notified by the emergency satellite service installed on an iPhone 14 belonging to one of the victims.

The Montrose Search & Rescue Team recounted the incident in a Twitter thread soon after it occurred, and shared a video that showed a sheriff’s office helicopter hovering over the canyon while airlifting both people to safety.

“This afternoon at approximately 1:55 PM, @CVLASD received a call from the Apple emergency satellite service. The informant and another victim had been involved in a single vehicle accident on Angeles Forest Hwy near mile marker 18.87, Angeles Forest,” the Montrose Search & Rescue Team wrote on Twitter.

“Their vehicle had gone off the side of the mountain, approximately 300′. They were in a remote canyon with no cellular phone service. The victims were able to extricate themselves from the car.

“Using the emergency satellite service on their iPhone 14, they were able to communicate to a relay via text,” the thread continued. “The center contacted our station who dispatched us, @LACOFD, patrol units, and @SEBLASD Air Rescue 5. The call center gave us an accurate latitude and longitude for the victims.”

The air rescue team dispatched as part of the response was able to locate the stranded people as it flew overhead, and brought a paramedic to address what Montrose Search & Rescue called mild to moderate injuries in both victims. The two people rescued — a man and woman in their 20s, according to officials — were not identified by name in the social media thread, which added that both were hoisted from the canyon into the helicopter and transported to a local hospital.

Apple’s upgraded Emergency SOS software, installed on its new iPhone 14 and iPhone 14 Pro models, functions in the same way as its traditional SOS feature does with cellular or Wi-Fi service, when a mobile device is out of range. It uses a satellite connection to text emergency services “under exceptional circumstances when no other means of reaching emergency services are available,” Apple says. The function is free for two years with the purchase of an iPhone 14.