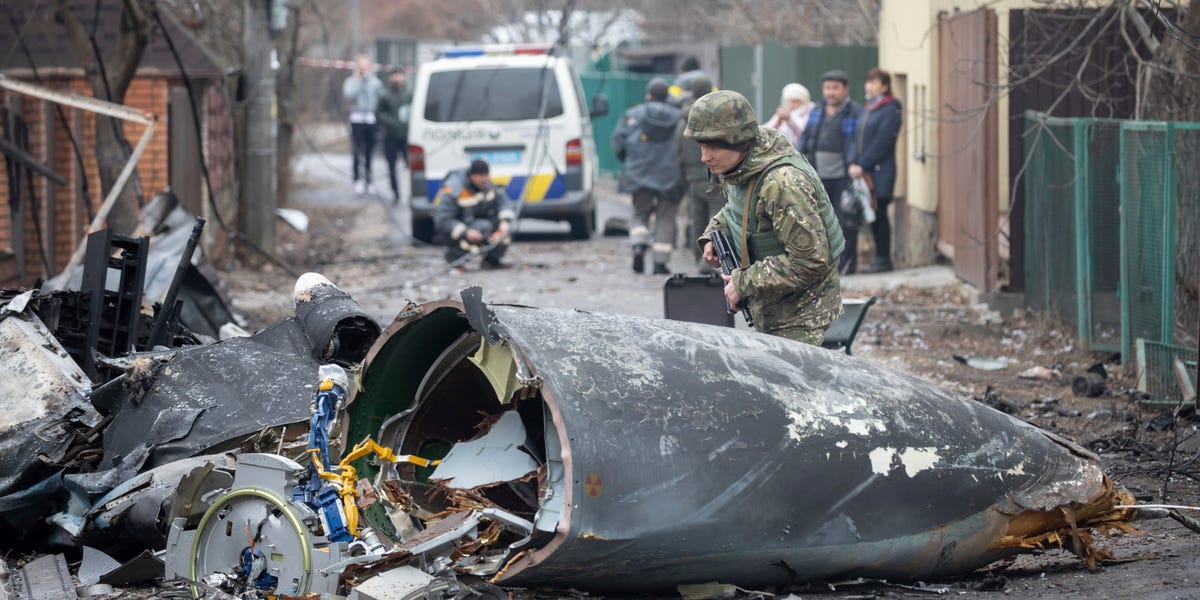 Financial markets have been roiled this week after Russia invaded Ukraine following weeks of escalating tensions.

has soared and investors are wondering what this means for their portfolios.

Russia assembled vast numbers of troops around Ukraine – as many as 190,000, per US estimates – in the largest military operation in the region since World War II.

On Thursday, Putin authorized a full-scale attack on Ukraine. In the hours that followed, explosions pounded cities around Ukraine, many hundreds of miles from the previous conflict zone. Ukrainian officials reported fighting on its borders with Russia, and dozens of casualties.

Stock markets plunged, then rallied, then came under renewed pressure, while oil hit $ 100 a barrel for the first time since late 2014, on the back of concern about the impact to global supply should major crude producer Russia be unable to move exports.

Morgan Stanley Wealth Management’s chief investment officer Lisa Shalett believes that however the situation develops on the ground in Ukraine, it will not be a matter of markets rapidly returning to business as usual following the initial shock.

“I think it’s a big deal. And I think it’s a risk off factor in the next few weeks,” she told Insider in an interview earlier in the week.

She said Morgan Stanley continues to be cautious towards markets.

Since Putin said early on Thursday he had authorized military action, investors have ditched riskier assets like stocks and crypto and flocked to the safety of gold, government bonds and the dollar.

She said this is the typical playbook that gets deployed in this environment is investors selling high beta, high growth stocks, such as technology shares, and buy defensive assets, like gold and bonds. But simply responding to a rapidly-changing set of catalysts is not a good long-term strategy.

“The situation in Russia-Ukraine is completely fast moving and fluid,” she said. “People are de-risking portfolios. But that’s not something that you can base a portfolio asset allocation or portfolio construction decision around.”

“Anything short of a full-blown war is likely to be short-lived, in the context of long-term investing, which is what our clients tend to do,” she said. “And so this is the exact type of thing that we encourage them not to try to trade and not to try and react to, because invariably, you’re going to get it wrong,” she said.