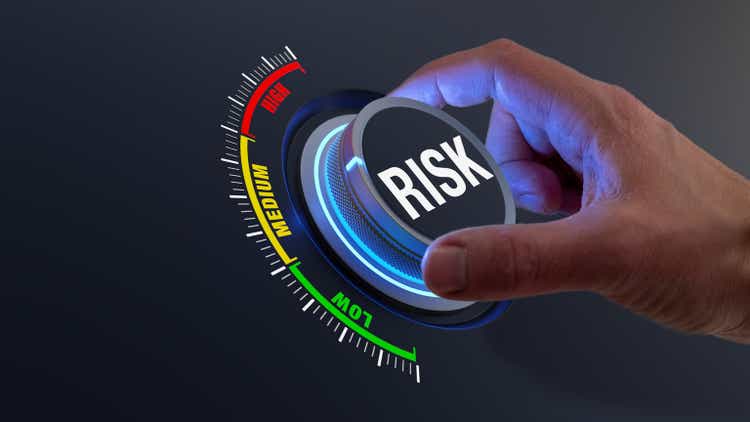 Investors’ willingness to take on more risk persisted Monday afternoon even as the S&P 500 and the Nasdaq turned red. (The Dow held on to a slim 0.1% gain.) Cryptocurrencies, meme stocks and consumer discretionary stocks are all up.

Main Street Research founder and managing partner James Demmert also pointed out that stocks with very little in the way of real earnings and those that were punished for most of the year were also gaining. “Much of this ‘risk on’ stems from the Fed messaging that they have a handle on inflation — although there’s no real evidence to support that,” he said. He doesn’t see the rally lasting.

“In many ways this recent strength and today’s is reminiscent of the last three failed rallies in this bear market. In each case sentiment became overly optimistic as is happening now only to be crushed by the reality that market fundamentals are not supportive at these prices, Demmert said.

Stocks will move lower “as investors recognize the Fed has much more work to do with raising rates — a market negative,” he said. “There will be a great time to buy, but it isn’t at these levels.”

Thomas Samuelson, chief investment officer at Vineyard Global Advisors, explains the risk-on sentiment as the market’s “animal spirits” responding to lower interest rates. “The US 10-year has fallen from 3.5% to its current 2.78% since peaking in June.” He also doesn’t expect the risk rally to last. The declining rates are due to slowing demand rather than increased supply of any commodity.

“The markets are also now as overbought as they’ve been all year, just prior short-term price tops. So while we may see stocks drift higher over the next week or so, we think this is not a good place to be adding equity exposure. This could come later this fall during the seasonally weak stretch of September-October.”

Alfonso Ricciardelli, director of financial content at Yieldstreet, an alternative investments platform, noted that market activity in August is usually exacerbated by the low liquidity during the month. Some of the recent strength is driven by moderation in food and oil prices, which has investors thinking inflation has peaked. That has some investors expecting the Fed to halt or even reverse its rate hikes.

“There’s a weird balancing act,” he said. “Easier financial conditions may be coming — that could be spurring interest in assets reliant on interest rates,” such as tech and growth stocks, Ricciardelli said. On the other side, investors see a recession likely, which means that “they don’t believe that inflation is going to stay for a very, very long time because of the slowdown coming.”

While the broader markets lost much of their early Monday gains, consumer discretionary was still performing relatively well among S&P 500 industry sectors, rising 0.5% in midafternoon trading. And cryptocurrencies haven’t collapsed either. Bitcoin (BTC-USD), recently at $23.9K, had touched over $24K earlier on Monday. Meme-stock AMC Entertainment (AMC) was still up 13% and Bed Bath & Beyond (BBBY) was up 38%.