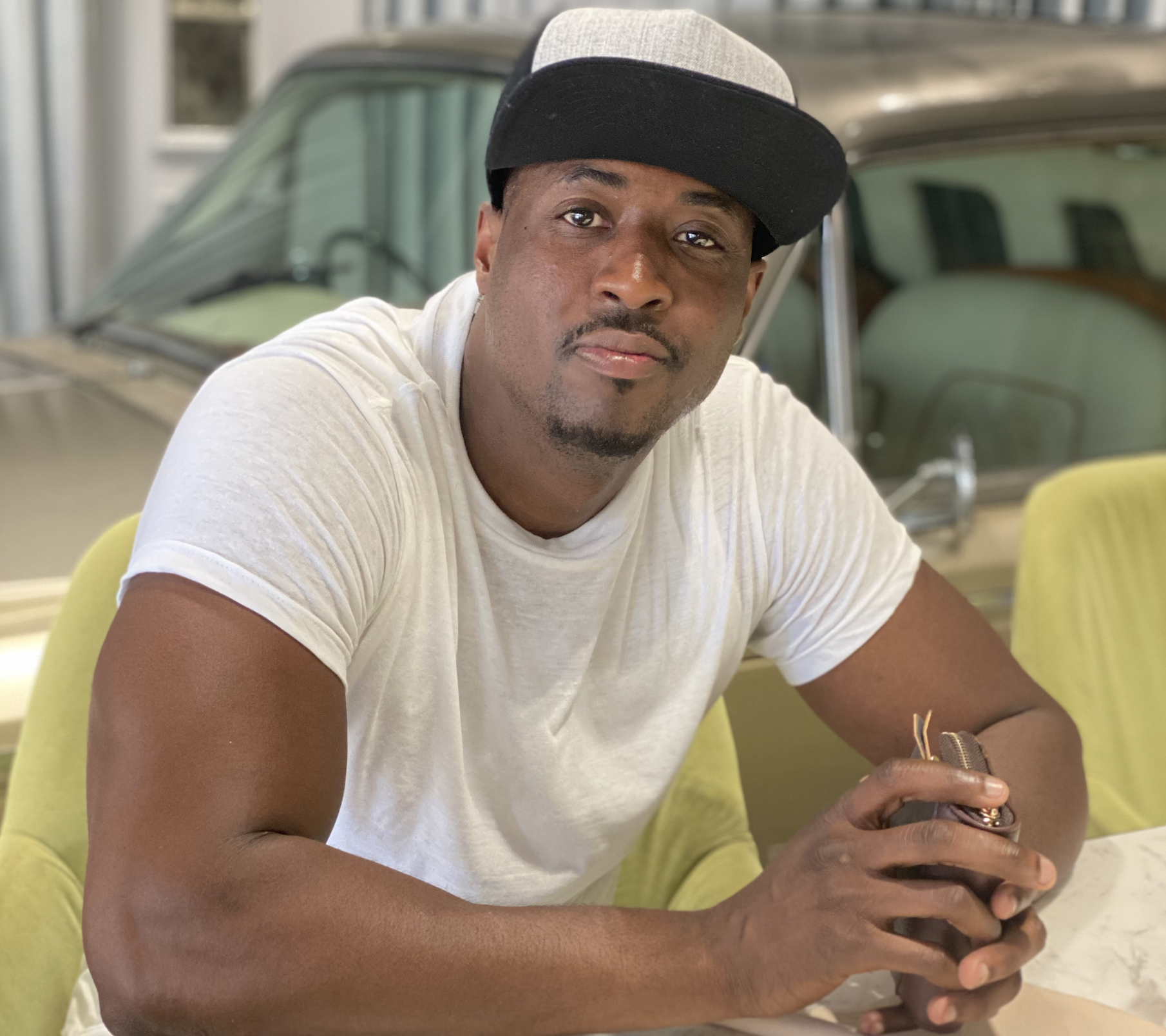 Podcasts dedicated to elevating the voices of incarcerated people and examining the forces that placed them there are often broadcast from behind prison walls. Ear Hustle was one of the first to do this: two of its creators, Earlonne Woods and Antwan Williams, were incarcerated in California’s San Quentin State Prison when they started it in 2017. Since then, Ear Hustle has gained wide acclaim, including a Pulitzer nomination, and has more recently begun to tell the stories of people after they leave prison.

Conversely, Aaron Smith’s podcast Escaping the Odds has focused almost exclusively on life after incarceration since he launched it in 2019. Smith, who describes himself as a lifelong entrepreneur, first conceived of the show while he was still serving nine years and five months of a 12-year sentence in federal prison for distribution of heroin and fentanyl. Smith does not shy away from his time in prison on the podcast; on the contrary, it’s the focus of the first episode of Escaping the Odds‘s third season, which dropped Tuesday.

On the podcast, Smith interviews other formerly incarcerated people who have gone on to start successful businesses. Guests discuss anything from what a first day in prison is like to how important family support is when you’re inside. But the interviews always come back to the podcast’s central theme: how to start and grow a successful small business. After he was released, Smith — who earned a bachelor’s degree in business management from Columbia College before he was incarcerated — started a trucking company, U Turn Transport, which employs formerly incarcerated people.

When he first conceived of Escaping the Odds, Smith had never listened to a podcast. He later taught himself the basics of recording and editing to get the show off the ground.

Last year, Smith won the 2021 Media for a Just Society Award in the podcast / radio category. This season, Escaping the Odds has picked up sponsorship — the life blood of podcasts — from Stretch Money, an online bank for the formerly incarcerated where Smith is a chief community officer. Smith recently discussed the podcast with the Reader.

Jim Daley: How did you come up with the idea for Escaping the Odds?

Aaron Smith: I first came up with the idea for the podcast while I was still halfway through a 12-year sentence in federal prison. I had spent a lot of time around men that either had successful businesses, like white-collar offenders who did really well in Fortune 500 companies, and also people such as myself, who were successful in the street game and had aspirations to be legitimate entrepreneurs . I learned from both. And so I was like, “When I go home, I want to be able to tell those stories.” Not only inspiring stories, but also where people are learning from an unlikely source, someone who’s formerly incarcerated. When I came home in 2019, mind you, I had never listened to a podcast. I only read about them while I was incarcerated.

Do you think podcasts expand access to media to people who have not taken a traditional route to journalism?

Yes. Nowadays with the technology, someone coming home from prison who never knew what a podcast was could hop on Anchor.fm [and get started]. If I had not wanted a video component, I could have done it from my phone for free. You can edit and learn yourself. They even have cover art. There’s definitely a low entry to get into the game, so to speak. And you can have amazing reach. Podcasts are a way to go for anyone who wants to jump into media. Initially, I think it’s a great way to kind of get your feet wet and learn — and on a shoestring budget.

How can the media better serve both the currently and formerly incarcerated?

What are the goals of the podcast?

I look at Escaping the Odds not only as a business podcast, but also a reentry-focused podcast. It’s twofold. The one thing I did not want to do was just have inspiring stories — I wanted people to listen and be inspired but also be able to take actionable steps to go to the next level, whether or not the listener is already focused on business entrepreneurship . That’s my story; that’s my passion.

I wanted to not only change the narrative of what society thought about the formerly incarcerated, but also change the narrative of what we thought about ourselves. As men and women were coming home from incarceration, I wanted them to see someone who looks like them and has been through what they’ve been through, and say, “Wait a minute, I do not have to contribute to the recidivism rate ; I can come home, I can realize that dream of doing something legitimate. ” That’s what I want to get from the podcast, for them to take the extra steps to make their lives better and give back to the community as well.

Who have been your most memorable guests?

A couple come to mind: Chef Fresh, a good buddy of mine and a super-dope pastry chef. I have not tasted his food yet, but it looks delicious! He took that skill set and the things he learned in prison, and I think he really has transferred those skills he had on the streets into a successful company and brand. Ed Hennings has been on twice. He’s a motivational speaker. Twenty years incarcerated, and he can really just tell a story. He’s a really charismatic brother who was released in 2016, and started from the bottom. He has a trucking company too, but his passion is motivational speaking and he really knows how to captivate your attention.

What skill sets transfer over from so-called illegitimate entrepreneurship to legitimate businesses?

First and foremost, you have to have a team, even if that team is one person. When I was on the streets, I had a team; I could not do everything on my own. So, just learning to trust yourself enough to be able to work with that team. Also, being creative and thinking outside of the box. In the illegitimate world, you have to stay ahead of law enforcement, to be frank, and over here on the legitimate side, you have to stay ahead of the competition. [In the illegitimate world,] you’ve got to be able to kind of survey the land and know what’s going on, and see things coming around the corner, before they get there — being innovative and having that foresight. Those skills are the same skills you need to have to be a successful entrepreneur.

What kind of support do people need when they’re coming out of prison?

If you do not have that family support, you definitely need something like it. Oftentimes people in our situation just may not have that family support. But it’s different than what it was 15 years ago, coming home from incarceration. There are a lot more organizations, a lot more money’s been provided by the government in different grants to reentry organizations to be able to provide different services, whether it’s transportation, housing, medical, entrepreneurship, job skills, things of this nature. So it’s about tapping into a community — whether that community is your family or just like-minded people. [You need to] want a change for yourself, but also have a measurable plan, a specific plan, for the thing that you want to accomplish while you’re out, and then finding those resources in your city.

What are your thoughts on the war on drugs and the prison-industrial complex?

Definitely, I could probably go on and on about that. You know, no doubt we have to take accountability. I sold drugs, the consequences for which were going to prison. However, there are also systemic things that impact the community. You got more time for selling crack than you did for powder cocaine, for example. And people were given draconian sentences, life sentences for small amounts of crack cocaine, where someone who was white and had the same amount of powder cocaine might get five years. The prison industrial complex, I’ve seen firsthand while I was incarcerated, working for $ 100 per month. And I can not even put that job on my resume and use them as a reference because I was incarcerated, but still I’m doing the same job that men and women are doing on the outside, for 90 percent less pay.

A lot of your guests talk about the importance of God when they were incarcerated. Did you have a similar experience?

Oh, yes. Christ and my faith in God has made me who I am today. I tell people I went to prison on purpose, and what I mean by that is, when I went to prison, I did not know that I would create Escaping the Odds after almost a decade of being away. But God allowed me to go through that situation, because He knew that I was probably one of the best people to go to prison and see and experience what I experienced, and I was going to be able to make lemonade out of lemons. I have a scripture that I found while I was away, and I got it tattooed on my arm. It’s Psalms 118: 18, and it states, “You have punished me severely, but you did not turn me over to death.” That’s a physical death and a spiritual death. So, for me, my prison sentence was severe. But because of that, I am the man I am today, and God used that to pull the scales off my eyes.

Why do you and so many of your guests work to help other formerly incarcerated people?

You want to be able to find a way to give back because now you have this contrite heart. It’s almost like the Marines, for me: no man left behind. I look at the men and women who are incarcerated as my brothers and sisters, because I know the struggle they’re going through, whether guilty or not. But we all have that camaraderie, if you will. So you want to see the next person win when [they’re] coming from that same environment. And so a lot of times we come home, we want to create nonprofits and things of that nature to be able to reach back and grab some of our fellow brothers and sisters, and kind of pull them out of that pit because we know how difficult it can be once they come home to be able to switch their mindset and be able to do something different.