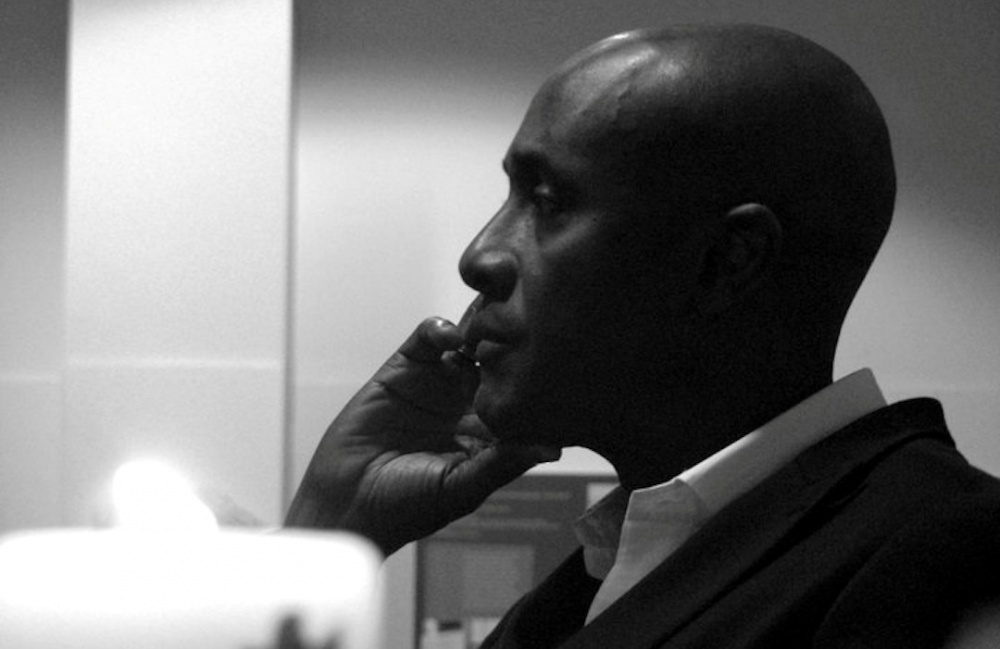 Birmingham artist and photographer Pogus Caesar reflects on a life behind the camera and the inspirations that compel him to produce material which continues to arouse debate decades after it was produced.

Pogus Caesar took time out from his busy schedule to chat to I Am Birmingham as a second edition of his emotionally searing book ‘Handsworth Riots 1985’ is published.

Pogus Caesar was raised in the Sparkbrook area of ​​Birmingham and his material often documents and tells the social, racial, economic and political history and stories of the city through its diverse citizens and the ever changing landscape of the city as older buildings are demolished to make room for new developments.

Caesar has been fearlessly documenting the trials and tribulations of marginalized communities whose voices and stories are rarely heard.

This is an artist who dares to shine a light on people whose experiences remain on the peripheries of social history. He exposes the daily brutality endured by communities who are shunned, abused and exploited.

The stories of immigrants, refugees, and migrants, and their fears and hopes, and their positive contribution to the city, both economic and cultural, are part of the material that Caesar has been filming, painting, photographing, curating and archiving for many years .

His camera has become a tool that has documented the social history of Birmingham’s Black and South Asian communities over the decades. His work has been acquired by various institutions including the Birmingham Museum and Art Gallery and the Victoria and Albert Museum in London.

INTERVIEW: Pogus Caesar speak to I Am Birmingham

I initially became interested in photography by reading National Geographic and Reader’s Digest, as a child sitting around the paraffin heater, those images enabled my imagination to escape into far away lands and become immersed in their histories.

The interest in photography developed and I consumed as much reading matter I could lay my hands on, there was no internet so the local libraries were and still are a treasure trove of information.

The first camera I used was a 110 Instamatic, it traveled to the USA with me, while there I started to photograph people on the streets of Harlem, Bronx and Queens.

Returning to Britain, there was an interest in the photographs and ‘Instamatic Views of New York’ was exhibited at Midlands Art Center in Birmingham, Herbert Art Gallery & Museum in Coventry and in 1986 the National Museum of Film and Photography in Bradford.

The one lesson I learn from those experiences “if you have a camera lens a photographic image can be birthed.”

Some of your photographic material documents the diverse families, individuals, events, and communities of Birmingham. What inspired you to do this?

What constantly inspires me is to document people and places, throughout the decades I have experienced countless inspirational moments, irrespective of the content I always have this longing to photograph what is personally relevant. It was one of the reasons in 2011, I revisited Sparkbrook, Birmingham and photographed individuals who reside in this culturally rich and diverse community. The resulting project produced the book ‘Sparkbrook Pride’ – it includes 70 black and white images of residents from India, Ireland, West Indies and newer additions from Sudan, Afghanistan and Somalia.

The foreword was written by Benjamin Zephaniah: “I love the ‘rawness’ of these photos, they have a sense of place, yet nothing is staged, and the only information Pogus gives us about those featured is how they define themselves, nothing more. We need no more. So people, it’s down to us to piece together the rest of this multicultural puzzle. ”

As a child I grew up in Sparkbrook, so long lasting memories are embedded within my psyche. Returning and reconnecting was a very humbling experience – it’s important to highlight and lay bare the ever changing aspects of communities.

On a personal level, when approaching strangers on the street the most important element is to gain trust.

Are there other series from OOM Gallery Archive that relate to Birmingham’s history?

There is one project in the archives I’m really interested in developing, ‘From Jamaica Row / Rebirth of the Bullring’, I started documenting the redevelopment of the iconic Bullring from June 2000 to September 2003, recording such histories are vital when there are changes that will significantly transform a city.

Roger Shannon (Professor of Film and Television) saw the Bullring material and said, “Through Caesar’s eyes, giant mechanical birds greedily peck at the expensive real estate. Bubblewrap swathes the Selfridges building like a sweet wrapper, whilst the film camera plays toreador with the lively plaster bull. ”

My working practice during the three years, I would visit the site on a regular basis, making friends with the workmen and explaining what I was planning to do – occasionally I’d be given a hard hat and a few minutes to take photographs. Often I’d go to the site in the early mornings and squeeze in between the fencing, a friend of mine who worked at Waterstones allowed me access to the roof, a great vantage point for aerial photography.

Approximately 500 photographs were taken. Reflecting on those times – the importance of documentation, as each day I witnessed further irreversible demolition.

With camera technology moving ahead at breakneck speed, what kind of cameras do you use?

Camera technology is constantly improving and accessible to all. However I still use my noisy old film Canon camera purchased in the 1980s. It has 36 frames and at times produces the most grainy black and white photographs. The camera is usually set at 400asa, however I’ll adjust it when required.

The great thing about the internet is, I’m able to purchase broken Canons for the spare parts, however the recent purchase of an upgraded film camera should enable me to continue working with 35mm – I’m constantly learning how to take better photographs, in time my practice will improve.

After the critical and commercial success of ‘Handsworth Riots 1985’ are there plans to publish more material from your archives?

In 2020, I collaborated with Café Royal Books on a limited edition publication of ‘Handsworth Riots 1985’, it sold quite quickly, a second edition is now available.

Regarding the publishing of further material from the archive, presently we are developing ‘Schwarz Flaneur’, a collection of photographs taken from my travels to South America, Caribbean, Spain, South Africa and Albania.

Can you share some details about any forthcoming exhibitions of your work?

The photographs from ‘Handsworth Riots 1985’ has been well received, recent exhibitions include ‘Life Between Islands: Caribbean – British Art 1950s Now’ at Tate Britain, and ‘War Inna Babylon: The Community’s Struggle for Truths and Rights’ at ICA in London , and ‘Island Life: Photographs from the Martin Parr Foundation’ at Bristol Museum & Art Gallery.

Presently there is work on display in Birmingham Museum & Art Gallery’s’ We Are Birmingham ‘exhibition’. The material includes two black and white archival photographs, the plaster Bullring bull with a broken leg ‘From Jamaica Row, Rebirth of the Bullring’ and a portrait of Birmingham poet Benjamin Zephaniah both taken from BMAG’s permanent collection.

There aa few more projects in production including moving media. It’s very rewarding to be working in the West Midlands with a wide range of inspirational creatives.

There are plans to exhibit overseas in 2023.