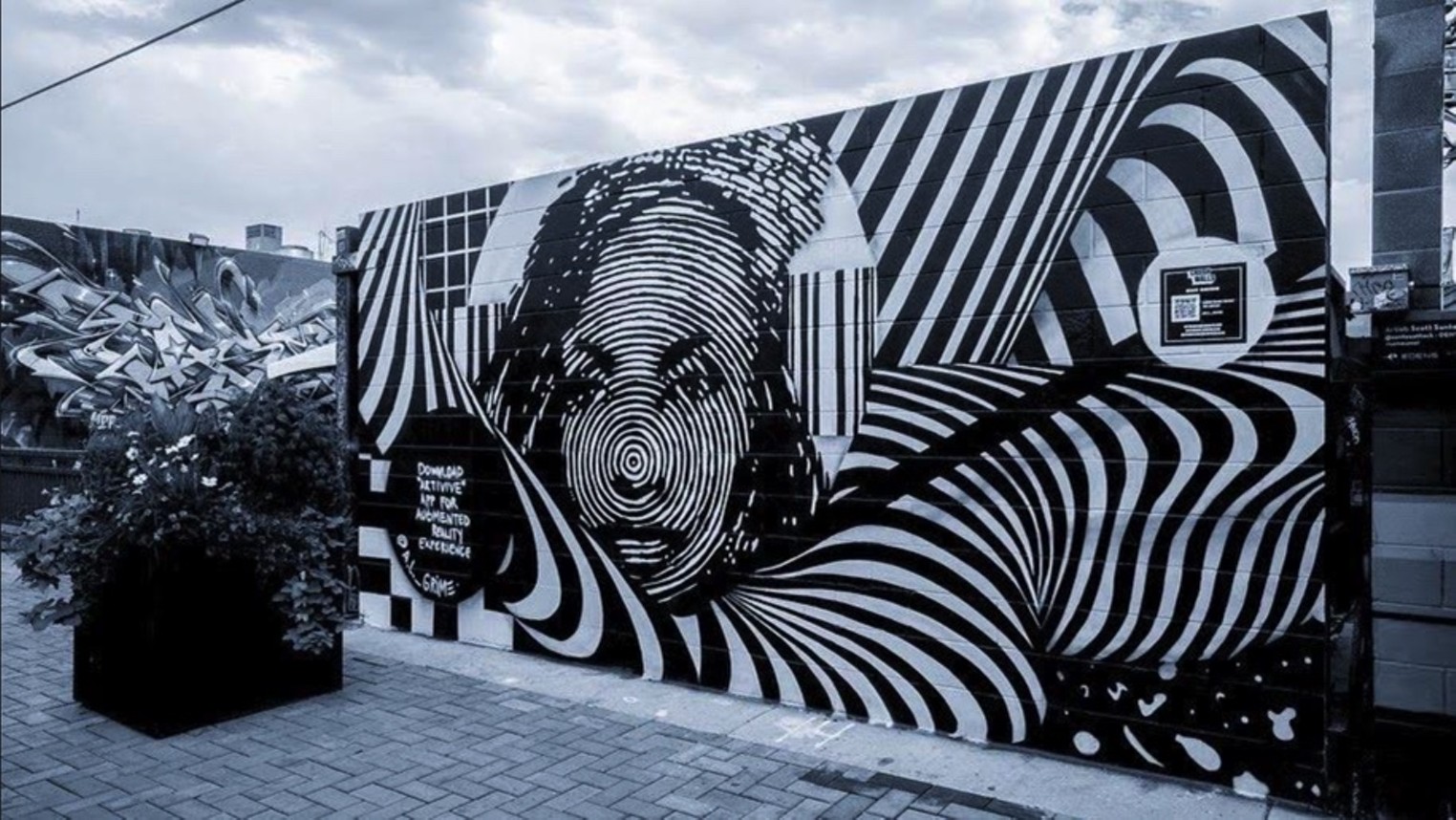 International mural festival Pow! Wow! is coming to Denver in September under the moniker Denver Walls. It’s all thanks to muralist AL Grime, also known as Allie Grimm, who promises that Denver Walls will be very different from any mural fest this city has seen.

Her vision for the festival is to “have a very united front where we have that international platform, we’re bringing in outside artists but we’re also really giving local artists that huge shot of being seen by the world,” she explains.

Two walls have been finalized so far, Grimm says, with the main one at Mission Ballroom; she hopes to find eight to ten more. She also has a tentative roster of twelve artists.

“I’m so proud of how diverse the lineup is,” Grimm says. “For this year, we really focused on individuals both locally and out of town who are fostering community in their own unique ways. I want to highlight artists who ‘go beyond the walls’ and are looking to use art and their voice for a larger message. “

The idea of ​​bringing Pow! Wow! to Denver emerged when Grimm returned to her hometown of Washington, DC, last year to be part of the festival’s iteration in that city, where she installed a mural in L’Enfant Plaza. “I was chatting with the curator for DC about the street art here in Denver and things I noticed and things I would do differently,” she recalls, “and they suggested bringing Pow Wow to Denver and curating that vision I had.”

Grimm, whose impressive resume includes curating art and stages for music festivals, moved to Denver in 2018 for its burgeoning street art and music scene. “Because it’s so conservative, DC does not have a huge scene, but the art they curate does have the biggest names,” she says. “They have that really high standard there, so growing up I knew about muralists – but only the biggest artists that we had there. So coming to Denver and getting to see that mix of the graffiti culture that really brought up street-art culture, and then these really talented local muralists. Here, it’s much more diverse in terms of background, experience and style. “

After a year in Denver, Grimm shifted her own focus from painting to murals, and most recently she’s been working with augmented reality, NFTs and virtual reality. That passion will be a thread throughout Denver Walls, and is what will separate this mural festival from any Denver has hosted before.

Augmented reality involves imposing digital art into physical art that is revealed through apps downloaded on a phone, Grimm explains, citing Denver’s Eceertrey, who started as a landscape photographer and has become a successful NFT and augmented-reality artist. “He uses augmented reality to plant his 3D sculptures in landscapes,” she notes.

“I really want to highlight people who are reimaging what the future of street art could be,” she says. “I want to help people to start to understand what the future of augmented reality looks like and also create opportunities for people who are maybe younger artists to learn about it and to see the process so they are able to start implementing it into their work as well. “

Grimm hopes to host several classes during the festival. “I want to have a couple that are more focused on traditional art,” she says. “I want to host a class where we have people who are painting from their culture, so that people can hear from someone who is successful in that by showcasing their culture in an artistic way.” Grimm will also host her own class on how to use Artivive, an augmented-reality technology for which she recently became an ambassador. “Augmented reality really has limitless applications, it just depends on what you want to do with it,” she says.

The festival will largely be in the RiNo Art District. “In my own experience of going to other cities where murals are really spread out, it really is a much more enjoyable experience for people to be able to just tour in an area. Especially for families – to have to haul your kids around the city can be a little tricky, “she says. “So for this first year, I just wanted to plant this close to where people can find a lot of other street art.”

Grimm is aware of concerns in RiNo regarding neighborhoods being painted and gentrification. “I think having conversations within those spaces is important,” she says. “I’ve spoken to community leaders and a couple of other neighborhoods, and just over the conversations of ‘Do you want this here?’ and I’ve been told, ‘No.’ And that’s fine! We want to make sure we’re able to give back. With any community, I think we’re going to have to earn their trust, and that just goes as far as delivering a really good festival for year one . “

Grimm is planning a gallery and NFT show at Brian Joseph Gallery to raise funds for the festival and to give back to surrounding communities. “I want to go about building relationships in that way,” she says. “Instead of just parking myself, I want to be able to hand them something tangible that shows we’re interested in growing with the community instead of running over it.”

The GoFundMe and website for Denver Walls will be fully launched in a week or so, and planning will continue. “For the first year, I really just want to make sure our event is seamless,” Grimm concludes, “and that we’re able to help share that message of art and technology within the city.”

Denver Walls occurs September 22 through September 26. Visit www.denver-walls.com to stay up to date with more information on the festival and its GoFundMe. To learn more about Allie Grimm, visit www.algrimeart.com.