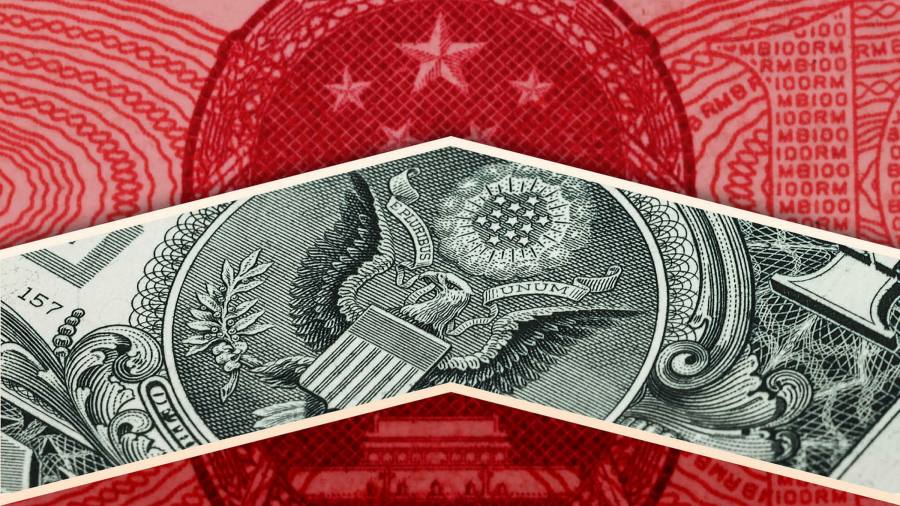 International investors dumped a record $ 35bn worth of renminbi-denominated bonds in the first four months of 2022 as Covid-19 lockdowns hit the country’s currency and rising US yields reduced appetite for Chinese debt.

Foreign investors sold more than Rmb108bn ($ 16bn) worth of Chinese debt in April, taking net outflows from the country’s renminbi-denominated bond market to a record Rmb235bn for the year to date, according to Financial Times calculations based on data from Hong Kong’s Bond Connect investment program. That marked the third straight month of net sales.

Soaring interest rates in developed markets, particularly the US, have eroded some of the advantages of holding typically high-yielding Chinese bonds. At the same time, a weakening renminbi, which has fallen almost 5 per cent against the dollar this year as a harsh lockdown of Shanghai stokes concerns about China’s economic outlook, has reduced the value of interest and principal payments for foreign holders of Chinese debt.

Strategists and analysts said both long-term investors and speculators such as hedge funds had been cashing out of renminbi debt at a quicker pace since the currency started losing ground against the greenback last month.

“We are indeed seeing some real money investors reducing their overweight positions in China bonds,” said Becky Liu, head of China macro strategy at Standard Chartered. “We are still looking for continuous outflows in the rest of the second quarter and early third quarter, but before the end of this year we also see some possibility for inflows to return.”

Analysts at Gavekal Dragonomics, a Beijing-based consultancy, said the recent weakness in China’s currency, which declined sharply in April against the dollar after months of stability, had made holding renminbi assets more difficult because of the “complexity and cost” of hedging foreign exchange moves for renminbi assets.

“Even if there is not a lot more downside to the renminbi in the short term, investors probably need to factor in a greater risk of future currency volatility over the longer term,” they added.

Overseas investors have regularly turned to Chinese bonds for higher fixed-income returns for years as the ultra-loose monetary policy of western central banks depressed yields in developed markets. But the US Federal Reserve’s vow to raise rates and tackle inflation this year has pushed up yields on US Treasuries just as Covid outbreaks prompted multiple citywide lockdowns in China, stoking expectations that Beijing will turn to stimulus in order to meet its annual growth target of about 5.5 per cent.

Chinese officials have downplayed the long-term economic impact of the lockdowns, and this week said restrictions in Shanghai were being lifted. But analysts at Goldman Sachs on Wednesday cut their forecast for China’s annual economic growth to 4 per cent from 4.5 per cent, in light of “Covid-related damage to the economy” during the second quarter.

They added that “even this lower growth projection embeds the assumption that Covid is mostly under control going forward, the property market improves from here, and the government provides substantial policy offset through infrastructure spending in coming months”.